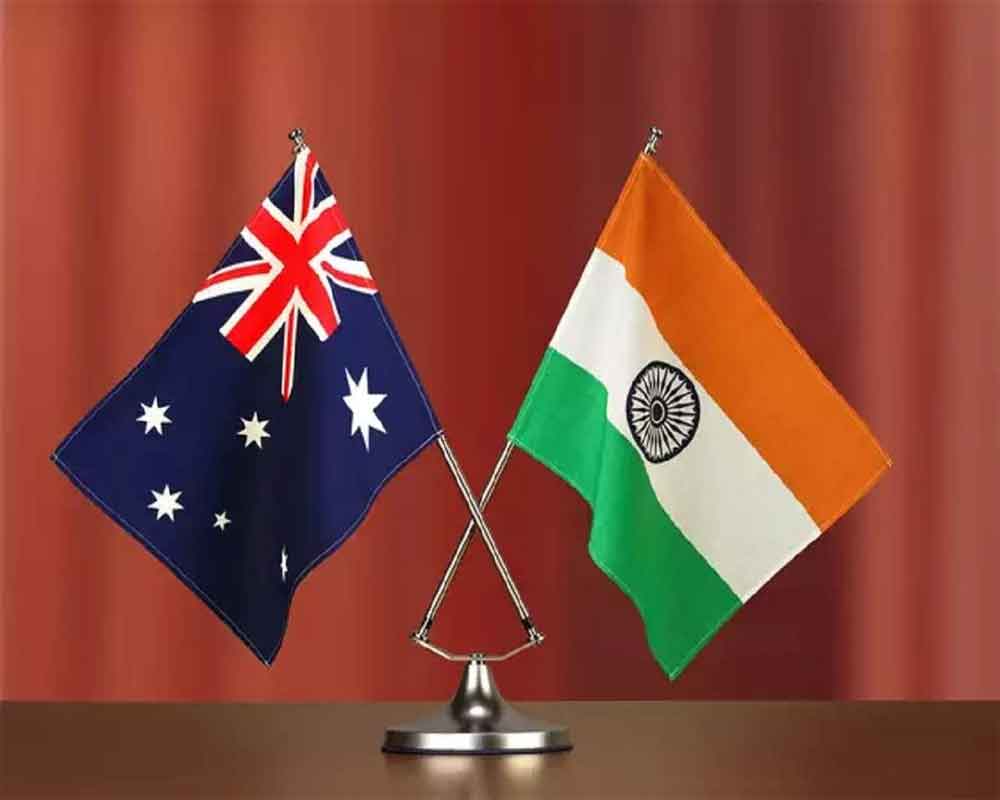 India and Australia on Wednesday vowed to boost defence industrial cooperation, reviewed regional security matrix and reaffirmed their shared objective for an open, inclusive and rules-based Indo-Pacific amid growing Chinese bullying in the region.

He also described the talks as "excellent".

The two sides carried out a detailed review of the strategic challenges and the regional security matrix besides exploring industrial cooperation in the defence manufacturing sector, a joint press statement said.

It said the two ministers reviewed the existing defence cooperation activities which have been increasing despite challenges of COVID-19 pandemic and discussed ways to enhance further cooperation.

Marles, who is also Australia's deputy prime minister, is on a four-day visit to India from Monday amid geo-political upheavals triggered by the Russian invasion of Ukraine. The Ukraine crisis is understood to have figured in the talks.

The press statement released after the talks said Singh and Marles welcomed the plan to commence the landmark Gen Rawat Young Officer Exchange Programme in the latter half of 2022.

The programme was announced during the virtual summit between the prime ministers of the two countries in March in honour of India's first Chief of Defence Staff Gen Bipin Rawat who died in a helicopter crash December last.

"The ministers reviewed strategic challenges and the regional security situation and reaffirmed their shared objective of an open, free, inclusive, prosperous and rules-based Indo-Pacific region," the statement said.

It said they also looked forward to India's participation in Australia's 'Indo-Pacific Endeavour' exercise in October.

"The ministers reviewed the defence and security pillars of the India-Australia Comprehensive Strategic Partnership," according to the statement.

It said Singh and Marles reaffirmed their commitment towards implementation of the Comprehensive Strategic Partnership based on "mutual trust and understanding, common interests and shared values of democracy and rule of law.

"They welcomed the growing diversity and frequency of defence exercises and exchanges between the two countries and undertook to build upon operational engagements through the India-Australia mutual logistics support arrangement," it said.

Australia is a key partner of India and the strategic cooperation between the two sides has been on an upswing both bilaterally as well as under the framework of the Quad or Quadrilateral coalition.

"Both Ministers committed to give fillip to the India-Australia Joint Working Group (JWG) on defence research and materiel cooperation, which will meet in Australia later this year," the statement read.

This JWG is a crucial mechanism for boosting ties between defence industries between the two sides.

"The ministers discussed further opportunities for industrial cooperation between India and Australia to increase the resilience of supply chains and deliver capabilities to their respective defence forces," the statement said.

"Both sides agreed to explore means to grow connections and opportunities between Indian and Australian defence industrial bases," it said.

The ties between India and Australia have been on an upswing in the last few years.

In April, the two countries inked a trade pact to diversify bilateral trade. In June 2020, India and Australia elevated their ties to a comprehensive strategic partnership and signed a landmark deal for reciprocal access to military bases for logistics support.

The Mutual Logistics Support Agreement (MLSA) allows the militaries of the two countries to use each other's bases for repair and replenishment of supplies, besides facilitating scaling up of overall defence cooperation.

The Australian Navy was part of the Malabar naval exercise hosted by India in November 2020 as well as last year.