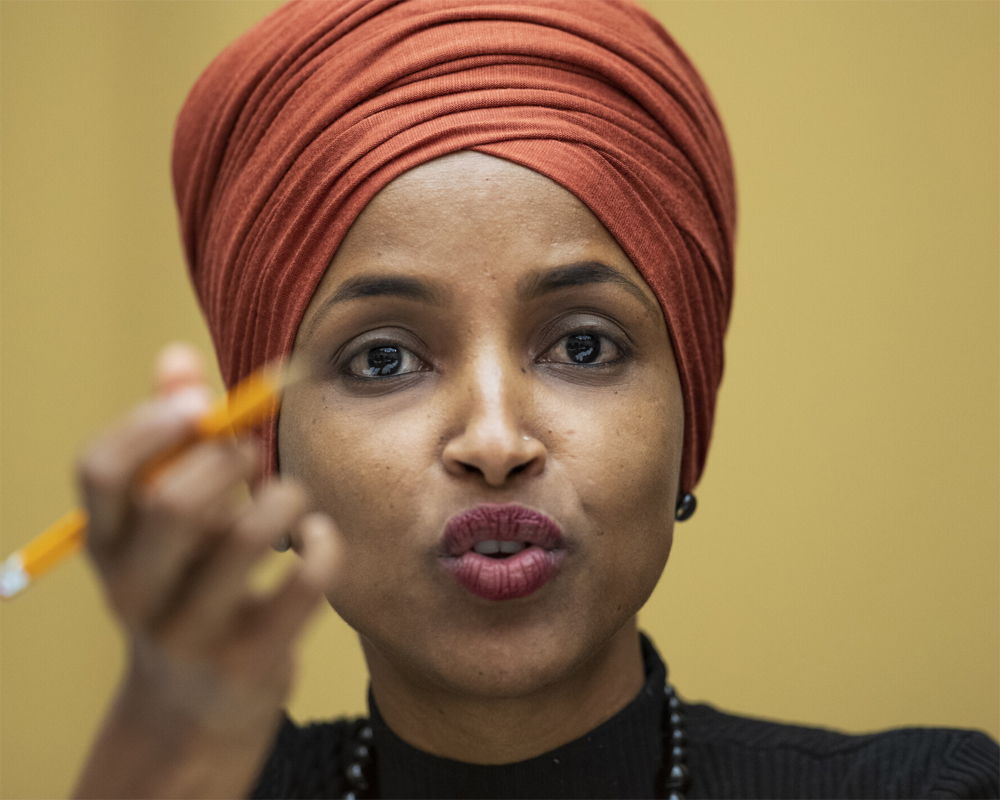 Continuing with her anti-India tirade, Democratic Congresswoman Ilhan Omar has introduced a resolution that calls the US Secretary of State to designate India as a country of particular concern for alleged violation of religious freedom.

Co-sponsored by Congresswoman Rashida Talib and Congresswoman Juan Vargas, the resolution urges the Biden Administration to implement the recommendations of the US Commission on International Religious Freedom which has called for designating India as a country of particular concern for three consecutive years.

Introduced in the House of Representative on Tuesday, the resolution has been sent to the House Foreign Affairs Committee for necessary action.

A resolution like this is very unlikely to see the light of the day, given the vindictive approach being adopted by Congresswoman Omar. She has openly sided with Pakistani officials on the issue of India.

Omar, who visited Pakistan in last April and met top Pak leaders including the former Prime Minister Imran Khan and travelled to Pakistan Occupied Kashmir (PoK), is yet to disclose the nature including the funding for the visit.

India had condemned the US Congresswoman's visit to the PoK, saying her travel to the region violated the country's sovereignty and it reflected her "narrow-minded" politics.

"If such a politician wishes to practice her narrow-minded politics at home, that may be her business. But violating our territorial integrity and sovereignty in its pursuit makes it ours. This visit is condemnable," External Affairs Ministry Spokesperson Arindam Bagchi had said.

During several Congressional hearings related to India, Omar has repeatedly shown her bias against India.

The news about the resolution was first reported, in advance, by a senior official from Imran Khan's party, which also slammed a senior State Department official.

Omar's resolution condemns alleged human rights violations and violations of international religious freedom in India, including those "targeting" Muslims, Christians, Sikhs, Dalits, Adivasis, and other religious and cultural minorities. It expressed grave concern about the "worsening treatment" of religious minorities in India.