3-kg IED found in bag at flower market in Delhi; defused by NSG

3-kg IED found in bag at flower market in Delhi; defused by NSG 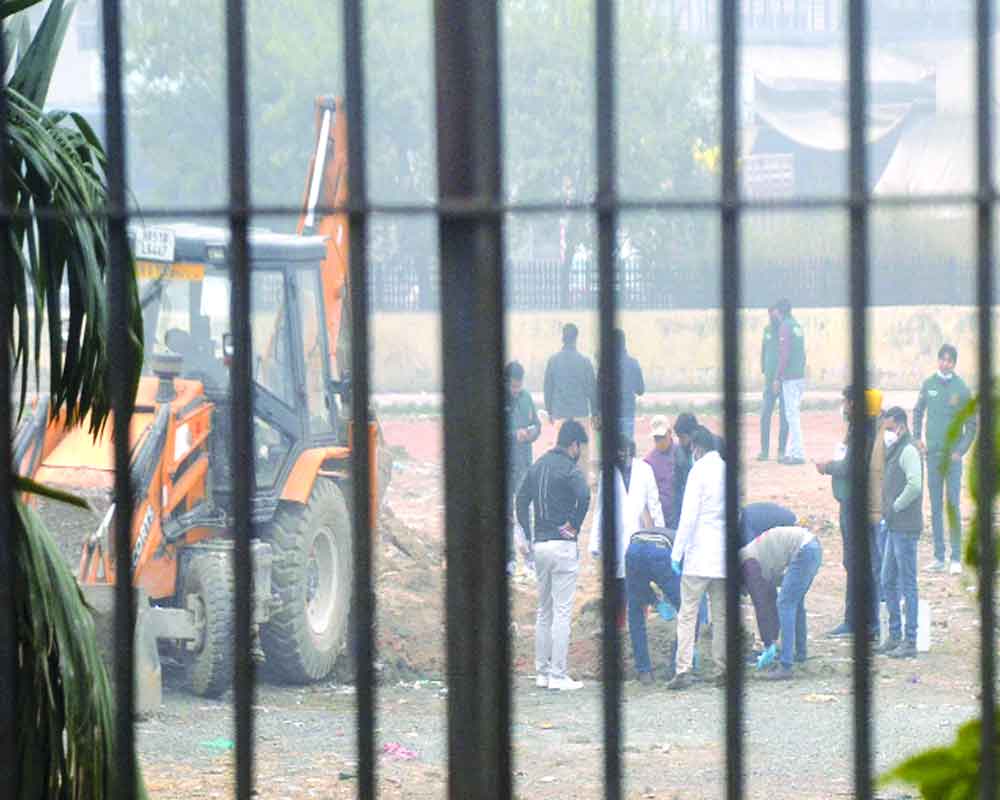 Days before the Republic Day celebrations, an improvised explosive device (IED) was found in the national Capital’s Ghazipur area on Friday morning, sending police and securities agencies into a tizzy. The IED weighing around three kilogram, aimed at causing maximum damage, was kept in an iron box inside a black backpack at Ghazipur’s busy flower market main gate. The police suspect it was a terror attempt ahead of the January 26 Republic Day celebrations.

An FIR have been registered at Delhi Police Special Cell under the Explosives Act and a police team will also be receiving a detailed report by the NSG on the IED samples collected. According to National Security Guard (NSG), which disposed the bomb, the initial examination suggested that the explosive is a nitrate and RDX mix while the triggering device could be a clock or a mobile phone.