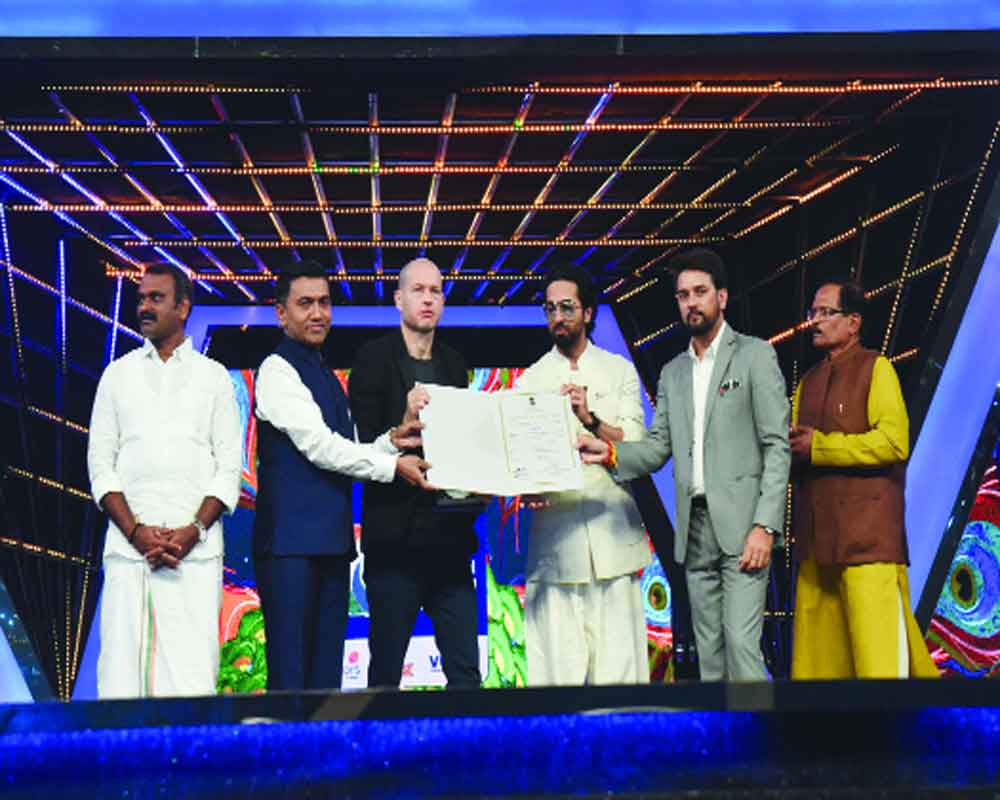 Israeli filmmaker and head of the International Film Festival of India (IFFI) jury Nadav Lapid’s remarks against the film “The Kashmir Files” snowballed into a major controversy with Israel Ambassador to New Delhi Naor Gilon on Tuesday denouncing Lapid and apologising  to the hosts.

“I saw the film… it is definitely not propaganda. The voice of the people in Kashmir needs to be heard... We do not accept what was said…” he said.

Actor Anupam Kher, who played the lead role in the film, termed the criticism of the Kashmir Files “pre-planned” and charged Lapid of being insensitive towards the suffering of Kashmiri Pandits.

Director of the film Vivek Agnihotri too spoke about “truth” in a cryptic media post and said, “It is the most dangerous thing as it can make people lie.  Who are these people who always stand against India?...I challenge all intellectuals of the world to prove if any scene, dialogue or event shown in the film is false, then I will quit film-making.”

These sharp reactions came a day after Lapid called the film a “propaganda” and “vulgar movie” at the closing ceremony of the IFFI in Goa. The Kashmir Files revolves around the exodus and killing of Kashmiri Pandits from the Kashmir Valley in 1990s.

The Israeli Ambassador apologised to India in an “open letter” on Twitter. An open letter to #NadavLapid following his criticism of #KashmirFiles. It’s not in Hebrew because I wanted our Indian brothers and sisters to be able to understand. It is also relatively long so I’ll give you the bottom line first. YOU SHOULD BE ASHAMED. Here’s why: pic.twitter.com/8YpSQGMXIR— Naor Gilon (@NaorGilon) November 29, 2022

This terse message by the envoy was in response to Lapid saying  the jurors at the film festival were “disturbed and shocked” by The Kashmir Files.

“That felt to us like a propaganda, vulgar movie, inappropriate for an artistic competitive section of such a prestigious film festival,” he said.

The jury has distanced itself from his remarks, calling them his “personal opinion,” after severe backlash. The Israeli Ambassador said his country men should be humble as Indians are consuming a lot of Israeli content, including the ‘Fauda’ TV series.

“I’m no film expert but I do know that it’s insensitive and presumptuous to speak about historic events before deeply studying them and which are an open wound in India because many of the involved are still around and still paying a price,” he said. Gilon said he was “extremely hurt” to see the reactions in India that Lapid was doubting ‘Schindler’s List’, a movie based on the Holocaust.

“I unequivocally condemn such statements. There is no justification. It does show the sensitivity of the Kashmir issue here,” he said.

The diplomat said, “As a son of a Holocaust survivor, I was extremely hurt to see reactions in India to you that are doubting Schindler’s List, the Holocaust and worse.”

“You will go back to Israel thinking that you are bold and ‘made a statement’. We, the representatives of Israel, would stay here. You should see our DM boxes following your ‘bravery’ and what implications it may have on the team under my responsibility,” Gilon said. India-Israel ties are very strong and will survive the “damages” inflicted by his remarks, Gilon said in his tweets addressed to Lapid. “As a human being I feel ashamed and want to apologize to our hosts for the bad manner in which we repaid them for their generosity and friendship,” said the envoy.

Kher, who played a protagonist in the movie, called the criticism of ‘The Kashmir Files’ at the film festival “pre-planned” and accused Lapid of being insensitive towards the suffering of Kashmiri Pandits. Kher, addressing the media with Israel’s consul general Kobbi Shoshani — who also condemned Lapid’s remarks, said, “If you are a jury member you cannot use words like ‘vulgar or propaganda’. I think it is a vulgar remark by that person, who himself is vulgar and opportunist.”

“To use the platform of IFFI for your own agenda is not only unfortunate, it’s disgusting.”

The actor blamed what he called the “toolkit gang” for the whole controversy. “A reliable source informed me that he was missing from his room throughout the night. This was not the statement he was to give at the closing ceremony of the film festival. What he said was entirely different. This is pre-planned as immediately after his remarks the toolkit gang became active on social media,” he said. The actor said it is shameful for a person from a community (Jews) that suffered the horrors of the Holocaust to make such offensive remarks on a movie based on the exodus of Kashmiri Pandits.

“The one who does not understand the pain of people of holocaust victims in his country, can’t understand the pain of Kashmiri Pandits,”  Kher said. “I as a Kashmiri Pandit reject his remarks,” he said. The actor said Kobbi Shoshani called him up to apologise for Lapid’s remarks and then came to meet him. “That was Lapid’s personal opinion, it has nothing to do with State of Israel. We don’t accept it,” Shoshani told media. Kher on Monday night shared images from “The Kashmir Files” and the movie “Schindler’s List” on Twitter. “Schindler List” is a movie based on the holocaust.

Without mentioning Lapid’s name, Kher wrote, “No matter how big the lie is, it’s always small in comparison to the truth.”

The Kashmir Files’ was screened at IFFI on November 22 as a part of the Indian Panorama Section.