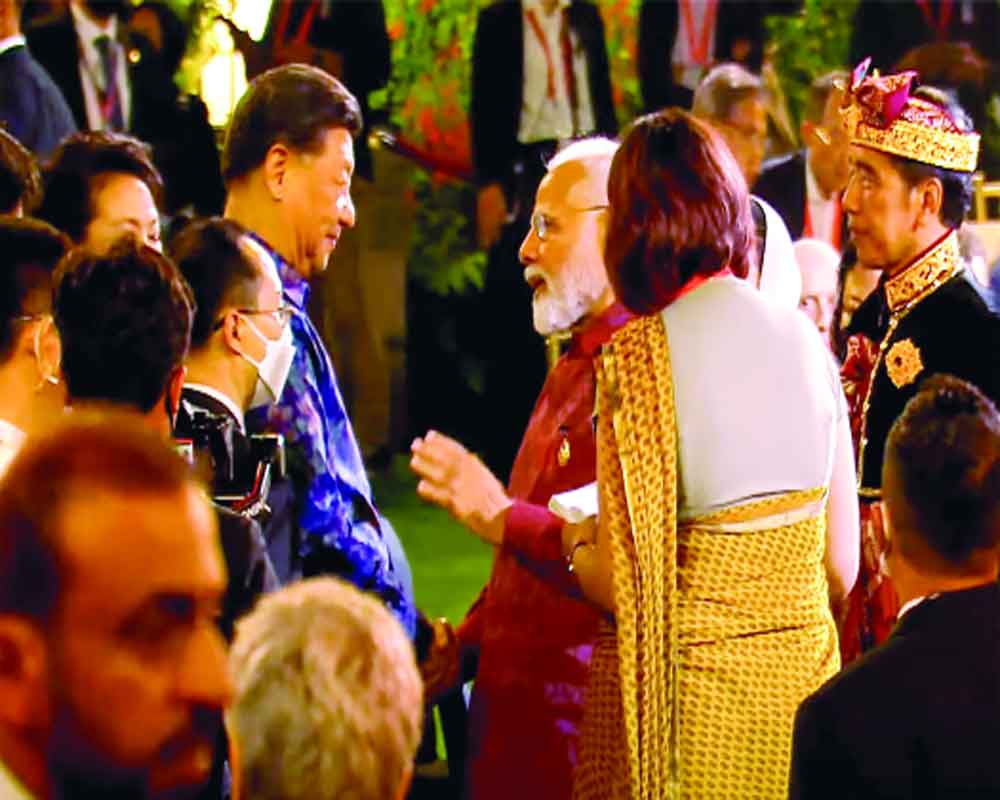 With the Ukraine conflict unraveling tales of horror and triggering  economic crises across the globe, Prime Minister Narendra Modi on Tuesday advocated a return to the path of “ceasefire and diplomacy” to resolve the war.

He also opposed any restrictions on the supply of energy amid the West’s call against procurement of discounted Russian oil and gas.  India is a major importer of Russian oil.

Stressing upon the issue of unhindered fuel supply, the Prime Minister said India’s energy-security is also important for global growth as it is the “world’s fastest growing economy”.

Addressing the G-20 summit session on food and energy security at Bali, Modi said, “We must not promote any restrictions on the supply of energy and stability in the energy market should be ensured.”

Expressing concern over the raging conflict, the PM said climate change, the Covid-19 pandemic, the developments in Ukraine and the global problems associated with it have caused havoc in the world and lamented that the global supply chains are in “ruins”.

Referring to India’s upcoming G-20 presidency, Modi said he was confident when the leaders of the grouping meet in the “holy land of Buddha and Gandhi, we will all agree to convey a strong message of peace to the world.”

Participating in the session on food and energy security, the Prime Minister highlighted the implications of global problems and said there is a crisis of essentials and essential goods all over the world and that the challenge for the poor citizens of every country is “more severe” today.

Modi’s call for not putting any restrictions on energy supplies came amid the West’s call against procurement of Russian oil and gas in view of Moscow’s invasion of Ukraine.

On the Ukraine conflict, Modi referred to his repeated call for resolving the crisis through talks. “I have repeatedly said that we have to find a way to return to the path of ceasefire and diplomacy in Ukraine. Over the past century, the Second World War wreaked havoc in the world,” he said.

“After that, the leaders of that time made a serious effort to take the path of peace. Now it’s our turn. The onus of creating a new world order for the post-Covid period lies on our shoulders,” he noted.

The Prime Minister said the need of the hour is to show “concrete and collective resolve” to ensure peace, harmony and security in the world.

“I am confident that next year when the G20 meets in the holy land of Buddha and Gandhi, we will all agree to convey a strong message of peace to the world,” he said.

“Climate change, the Covid pandemic, the developments in Ukraine, and the global problems associated with it. All these together have caused havoc in the world. Global supply chains are in ruins,” Modi said.

“There is a crisis of essentials, essential goods all over the world. The challenge for the poor citizens of every country is more severe. Everyday life was already a struggle for them,” he said.

Various parts of the world are facing the challenge of food security triggered by the Russian invasion of Ukraine. Ukraine is a major producer of wheat and the halt in its exports of the staple food has triggered its shortage globally.

“And we have all failed to make suitable reforms in them. Therefore, today the world has greater expectations from the G-20, the relevance of our group has become more significant,” he added.

Modi said India will work for global consensus on all key issues during its presidency and complimented Indonesia for its leadership of G20 in a challenging global environment.

“The current shortage of fertilizers in terms of food security is also a huge crisis,” he said adding “Today’s fertilizer shortage is tomorrow’s food crisis, for which the world will not have a solution. We should build mutual agreement to maintain the supply chain of both manure and food grains stable and assured,” Modi said.