MVA an ‘unnatural alliance’, Sena must exit it: Shinde

MVA an ‘unnatural alliance’, Sena must exit it: Shinde 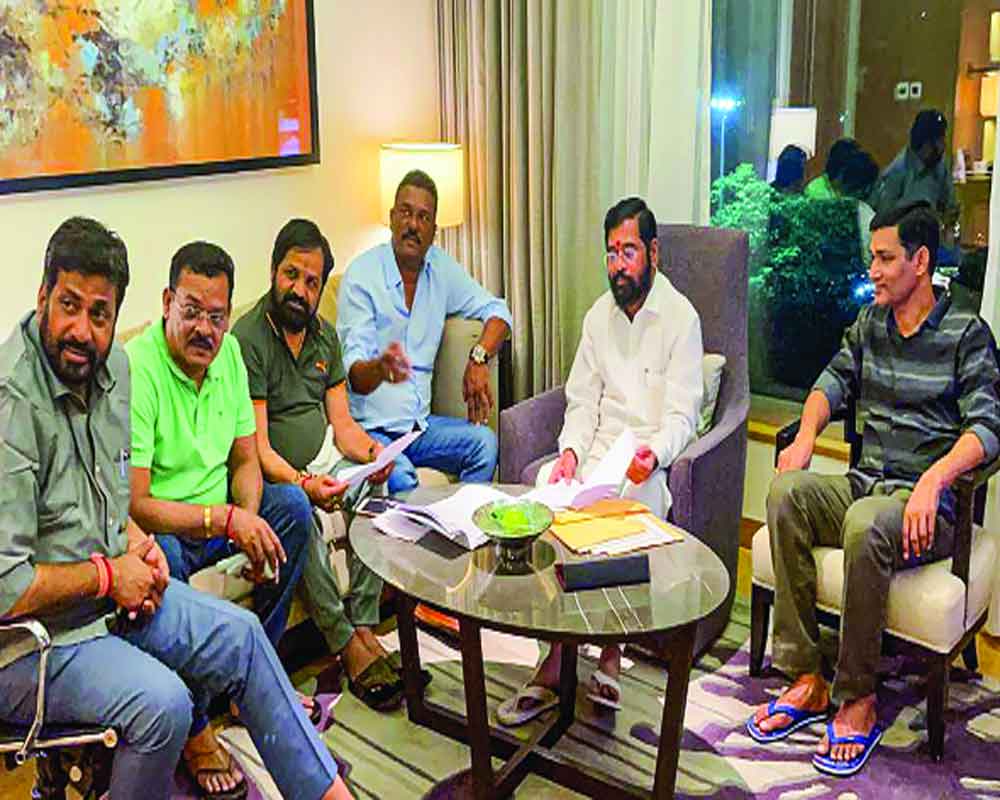 Rebel Shiv Sena leader Eknath Shinde on Wednesday said the ruling Maha Vikas Aghadi (MVA) in Maharashtra  was an “unnatural alliance” and it was imperative for his party to walk out of the coalition with the NCP and the Congress for its own sake and that of party workers.

Shinde’s reaction came hours after Chief Minister Uddhav Thackeray reached out to the rebels, saying he would quit his post if even one Sena MLA comes and tells  him on his face that he was incompetent. The Sena strongman, a Cabinet Minister,  said the MVA, formed in November 2019,  was beneficial only to alliance partners the Congress and the NCP, while ordinary Shiv Sainiks have suffered the most in the last two-and-a-half years of the coalition’s existence. “It is necessary to quit the unnatural alliance for the sake of Shiv Sainiks and the Shiv Sena. It is important to take a decision in the interest of the state,” said Shinde.