Over 1,000 killed in deadliest Af quake

Over 1,000 killed in deadliest Af quake 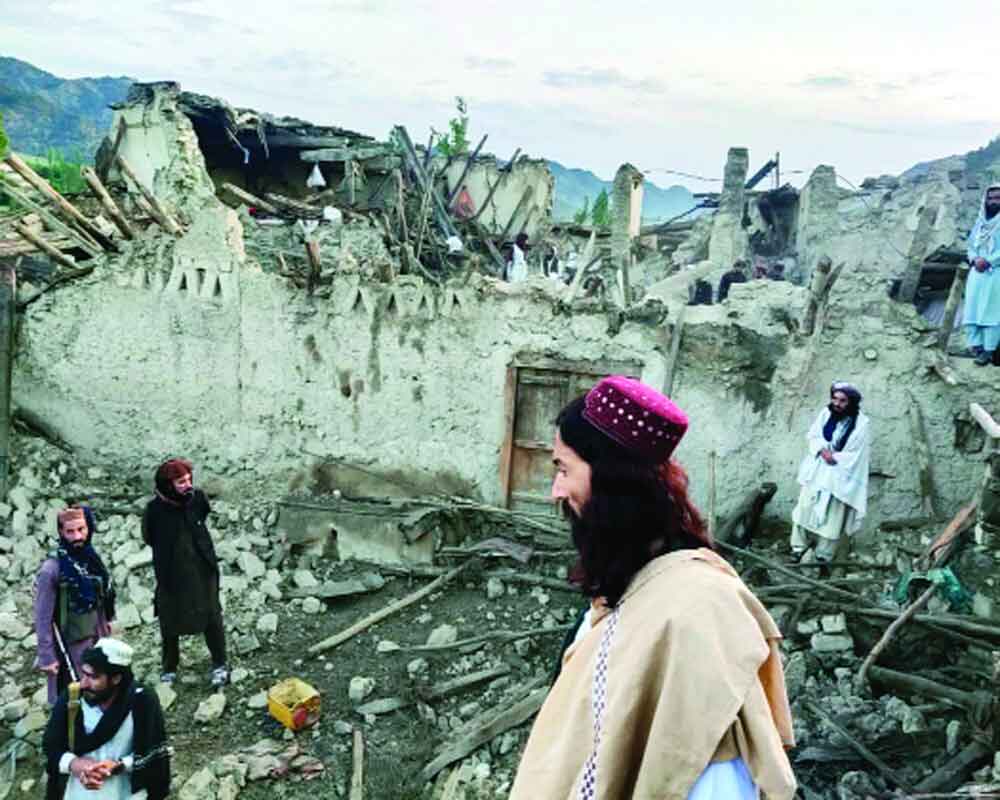 In the remote area near the Pakistani border, residents searched for survivors and the dead by digging with their bare hands through the rubble of collapsed stone and mudbrick houses, according to footage shown by news agency Bakhtar. It was not immediately clear if major rescue equipment was being sent — or even if it could reach the area.

The extent of the destruction among the villages tucked among the mountains was still not known. Rutted roads — difficult to pass in the best of times — may have sustained significant damage, and a UNICEF official said landslides from recent rain have made access even more difficult.

At least 2,000 homes were destroyed in the region, where on average every home has seven or eight people living in it, the UN Deputy Special Representative to Afghanistan Ramiz Alakbarov told reporters.

The disaster posed a major test for Afghanistan’s Taliban government, which seized power nearly 10 months ago as the US and its NATO allies were carrying out their withdrawal from the country and has been largely shunned by the world community since.