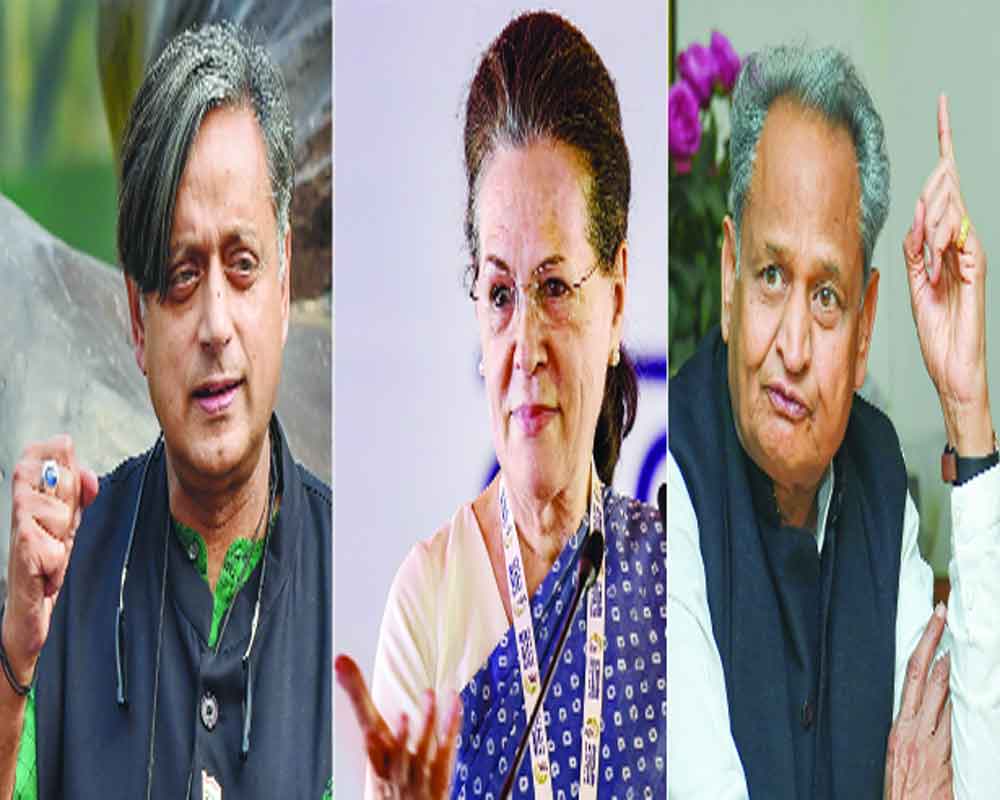 Rajasthan Chief Minister Ashok Gehlot is all set to be the next Congress president. Gehlot on Wednesday arrived in Delhi and called on Congress interim president Sonia Gandhi. He is believed to have discussed the organisational poll and expressed his willingness to contest the polls if Rahul Gandhi does not agree to accept the responsibility.

Gehlot is likely to join the Rahul-led Bharat Jodo Yatra on Thursday and then visit Shirdi Sai Baba Temple the next day before returning to Jaipur and the National Capital.

The big question the Congress faces is whether Gehlot will pass the chief ministerial baton to his former deputy Sachin Pilot on election as the party president. Pilot on Wednesday joined the Bharat Jodo yatra at Kochi and was seen walking along with Rahul. As of now, the Congress president election could be a contest between Gehlot and Shashi Tharoor. The  Thiruvananthapuram MP has already hinted he could join the fray.

Tharoor on Wednesday met the party’s Central election authority (CEA) chairman Madhusudan Mistry and enquired about nomination formalities. After more than two decades, the Congress is likely to see a contest for the post of its chief.

Asked about his meeting with Tharoor, Mistry informed that he cleared his enquiry on the voters’ list, election agent, and the filing of nomination. “He (Tharoor) will be sending a person on (Sept) 24th to collect the (nomination) forms. He was satisfied,” Mistry said. The meeting was mainly about queries on formalities for filing of nomination, he said.

The process for filing nominations for the election will be held from September 24 to 30.

Gehlot is considered a frontrunner for the post as he is perceived to be having the backing and confidence of the present dispensation. The odds are heavily stacked against Tharoor, a member of the G-23 dissident group that had raised eyebrows in the party over its criticism of the current leadership.

Gehlot said he will file his nomination if his party’s people wish so and fulfill any responsibility given to him. The Chief Minister has conveyed to his MLAs in Rajasthan that they will be asked to come to New Delhi if he decides to file his nomination for the party’s presidential election.

“The party and high command have given me everything. I have been on posts for 40-50 years. For me no post is important, I will fulfill any responsibility given to me,” he said. He also asserted that not only the Gandhi family, but scores of Congress members have faith in him.

“I am very fortunate that I have got love and affection from Congressmen and women across the country and they have faith in me. Therefore, if they ask me to fill out the form (nomination), I will not be able to refuse...Will speak with friends. I was given the responsibility of being Rajasthan chief minister, I am fulfilling that responsibility as a CM and will continue to do so,” said Gehlot, after his meeting with Sonia.

Meanwhile, Congress’ State units continued to pass on a resolution backing Rahul Gandhi for the post of the party president. So far 15 Pradesh Congress Committees have come out in support of the Gandhi scion, even as it appears that after over two decades, the Congress is likely to see a contest for the post of party chief.

Gehlot said he will try to convince Rahul Gandhi one last time to take on the post of party chief. If Rahul Gandhi led the Bharat Jodo Yatra as president of the Congress, it would add to the aura of the party, Gehlot said. The Chief Minister will offer prayers at Shirdi’s Sai Baba Temple on September 23 and after attending local events in Maharashtra will return to Jaipur.