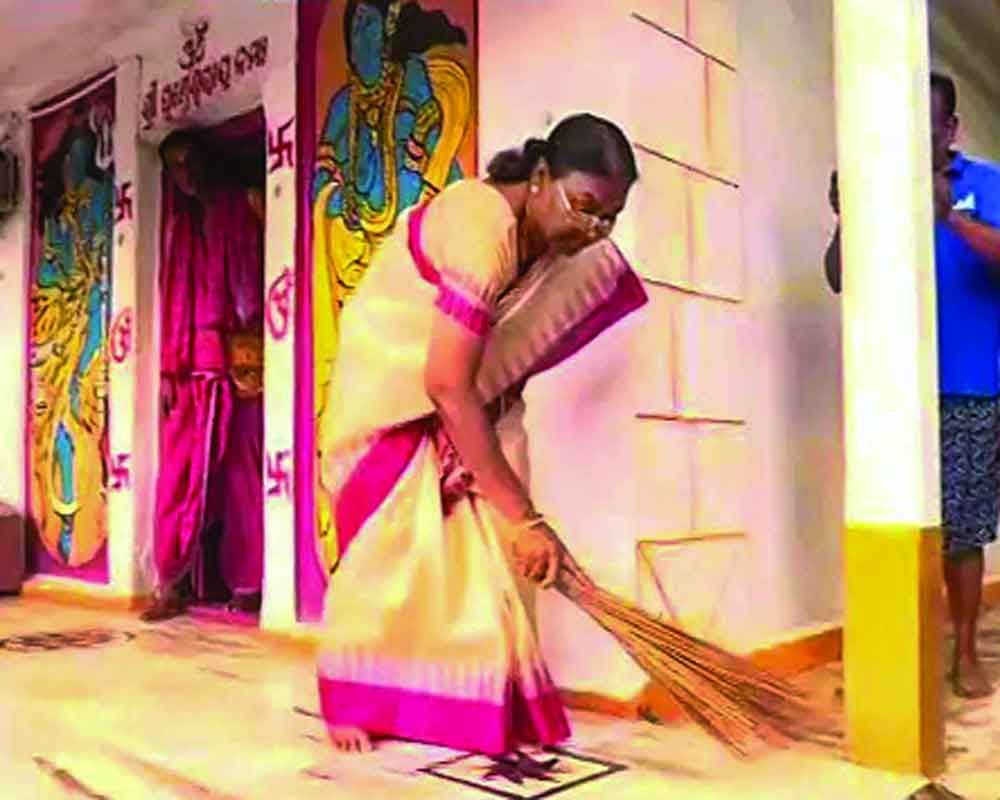 A day after the BJP named tribal leader and former Jharkhand Governor Draupadi Murmu as its Presidential candidate, the Janata Dal(U) and the Biju Janata Dal (BJD) extended her their support, giving her more than a clear edge against Opposition candidate Yashwant Sinha.

Murmu is expected to file her nomination on June 24, accompanied by the BJP’s top leaders, including Prime Minister Narendra Modi.

Bihar Chief Minister Nitish Kumar announced his party JD(U)’s backing to Murmu, who could be the first tribal and the second woman to occupy the top Constitutional post.

Nitish’s support to Murmu is crucial since both the JD(U) and the BJP are engaged in a bitter tussle in Bihar.

Nitish, who took diverse positions in the Presidential election in the past, has expressed “delight” over the announcement of Murmu as the NDA’s presidential poll candidate.

In a statement, Nitish said he received the news over the telephone from Prime Minister Narendra Modi on Tuesday night, whom he thanked for choosing a “tribal woman” for the country’s highest Constitutional office.

“Many thanks to the Prime Minister for choosing a tribal woman who has proven her mettle as a Minister in Odisha and during her gubernatorial stint in Jharkhand,” said Nitish.

The Bihar CM had supported outgoing President Ram Nath Kovind’s election in 2017 despite then not being in the NDA, after his pitch for a second term for Pranab Mukherjee was ignored by the Congress-led UPA.  Similarly, Nitish had backed Pranab Mukherjee in 2012 even though the JD(U) was part of the NDA.

Outside the NDA fold, Odisha’s ruling BJD has extended support to Droupadi Murmu. The BJD’s support seals Murmu’s candidacy for the top post. Taking to Twitter, BJD supremo and Chief Minister Naveen Patnaik congratulated Murmu, saying, “I was delighted when Hon’ble PM @narendramodi ji discussed this with me. It is indeed a proud moment for people of #Odisha,” Patnaik tweeted.

Murmu (64), a former Jharkhand Governor, will be the first person from Odisha and the first tribal to occupy the top constitutional post if she is elected.

Modi, several Union Ministers and Chief Ministers, and key leaders of some other supporting parties like the BJD will join her during the nomination filing as a show of support, party leaders said. The Prime Minister is expected to be the first proposer.

A presidential candidate requires a set of 50 proposers and 50 seconders for his or her nomination. At least four sets of nominations may be filed in Murmu’s support, sources said.

They will be travelling across the country to spearhead Murmu’s campaign as she will be reaching out to the members of the presidential electoral college, which is made up of MPs and MLAs, for their support.

Meanwhile, the Centre has accorded a Z+ security cover of Central Reserve Police Force (CRPF) commandos to the NDA’s presidential candidate. The armed squad took over the security of Murmu.