No light at end of tunnel for winged guests

No light at end of tunnel for winged guests 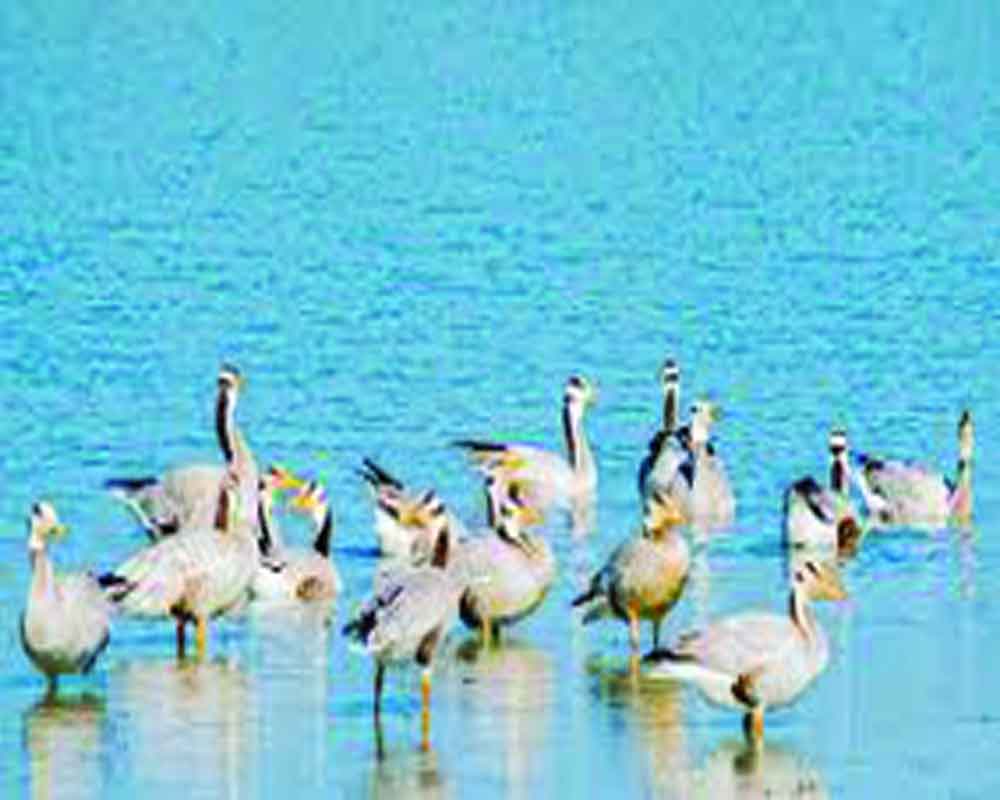 Light pollution is creating havoc with life of migratory birds as at least one million of them are dying every year by running into lampposts and electric billboards on high rise buildings.

The rise in artificial light globally by at least 2 per cent per year is also impacting birds in the breeding and winter seasons, disrupting feeding and other vital behaviours, experts said on the eve of the World Migratory Bird Day (WMBD).

This year WMBD will focus on one such man-made threat: Light pollution.

Pointing out that light pollution also risks seriously altering migratory birds’ behaviours, from migration and foraging to vocal communication, and disturbing their precise internal clocks, experts have called upon policy makers to take steps to reduce the impact of light pollution on birds across the globe.

Attracted by artificial light at night, particularly when there is low cloud, fog, rain or when flying at lower altitudes, migrating birds become disorientated and may end up circling in illuminated areas. Depleted energy reserves put them at risk of exhaustion, predation, and fatal collision with buildings.  Executive Secretary Amy Fraenkel of the Convention on the Conservation of Migratory Species of Wild Animals (CMS) said, “Natural darkness has a conservation value in the same way as clean water, air, and soil.

A key goal of World Migratory Bird Day 2022 is to raise awareness of the issue of light pollution and its negative impacts on migratory birds. Solutions are readily available, and we hope to encourage key decision-makers to adopt measures to address light pollution.”

Executive Secretary Jacques Trouvilliez of the Agreement on the Conservation of African-Eurasian Migratory Waterbirds (AEWA) said, “An enormous diversity of birds, active at night, experience the impacts of light pollution. Many nocturnally migrating birds such as ducks, geese, plovers, sandpipers and songbirds are affected by light pollution causing disorientation and collisions with fatal consequences. Seabirds such as petrels and shearwaters are attracted by artificial lights on land and become prey for rats and cats.”

The guidelines on light pollution covering marine turtles, seabirds, and migratory shorebirds were endorsed by the CMS Parties in 2020. Among their recommendations, the guidelines set forth six principles of best lighting practices.

According to the statement by the UN Environment guidelines on light pollution covering marine turtles, seabirds, and migratory shorebirds were endorsed by the CMS Parties in 2020.

Among their recommendations, the guidelines set forth six principles of best lighting practices and call for Environmental Impact Assessments for relevant projects that could result in light pollution.

These should consider the main sources of light pollution at a certain site, the likely wild species that could be impacted, and facts about proximity to important habitats and migratory pathways.

“New guidelines focusing on migratory landbirds and bats are currently being developed under CMS. They will be presented to CMS Parties for adoption at the 14th Meeting of the Conference of the Parties to CMS in 2023,” said the statement.