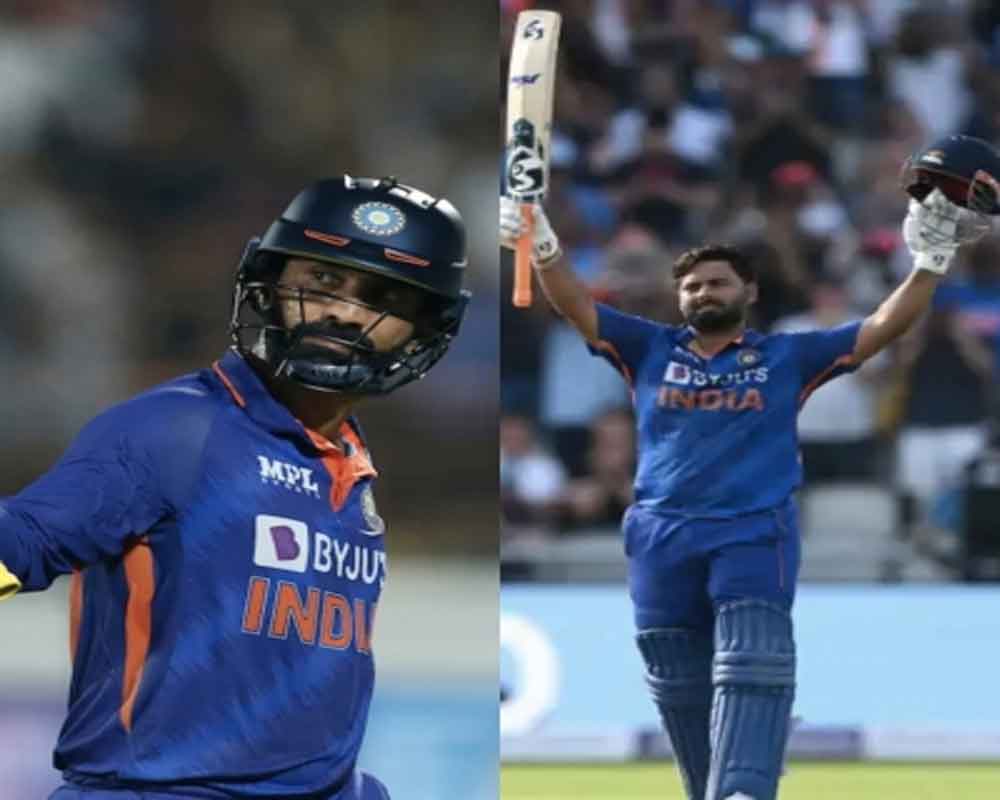 For a while, there has been a long-ranging debate on who should be India's designated wicketkeeper-batter between veteran Dinesh Karthik and youngster Rishabh Pant ahead of Men's T20 World Cup starting next month in Australia.

While right-handed Karthik can boast about being a specialist finisher in the shortest format of the game, left-handed Pant's enormous talent has seen him get the back of many experts.

Now, former Australia captain Ricky Ponting believes India should look to field both Karthik and Pant in the same eleven, something which has happened on a few occasions in the past.

"I actually think that India's best team has both of these players (Karthik and Pant). I don't care if they are both keepers but I think their batting prowess is enough. Rishabh in the middle order and Dinesh as a finisher, they look extremely dangerous to me," said Ponting on the latest episode of The ICC Review show.

Ponting, though, believes that Pant, 24, has an edge over Karthik, 37 as he is likely to be afforded more chances in the set-up. Ponting has seen Pant from the closest quarters as head coach of Delhi Capitals in IPL, where the left-hander was the skipper. "Look, I'm just going to favour Rishabh because I think he might get slightly more opportunities than Dinesh does."

Ponting went on to say that pacer Jasprit Bumrah has the edge over Pakistan's left-arm pacer Shaheen Shah Afridi as he had previous experience of playing in Australian conditions. "Look, how do you split those two guys? They are two of the best performing bowlers in the world in the last couple of years in all formats of the game."

Asked to choose between Glenn Maxwell and Hardik Pandya as his preferred all-round pick, Ponting remarked that Pandya has attributes to make more of an impact with the ball in Australia. At the same time, he backed Maxwell to be more destructive with the bat.

"Maxwell's been batting quite low in T20 cricket. But that being said, in Australia, I think Maxwell will end up scoring more runs than Hardik. And I think Hardik will take more wickets than Maxwell. So, I'm going to call that one a draw," concluded Ponting.