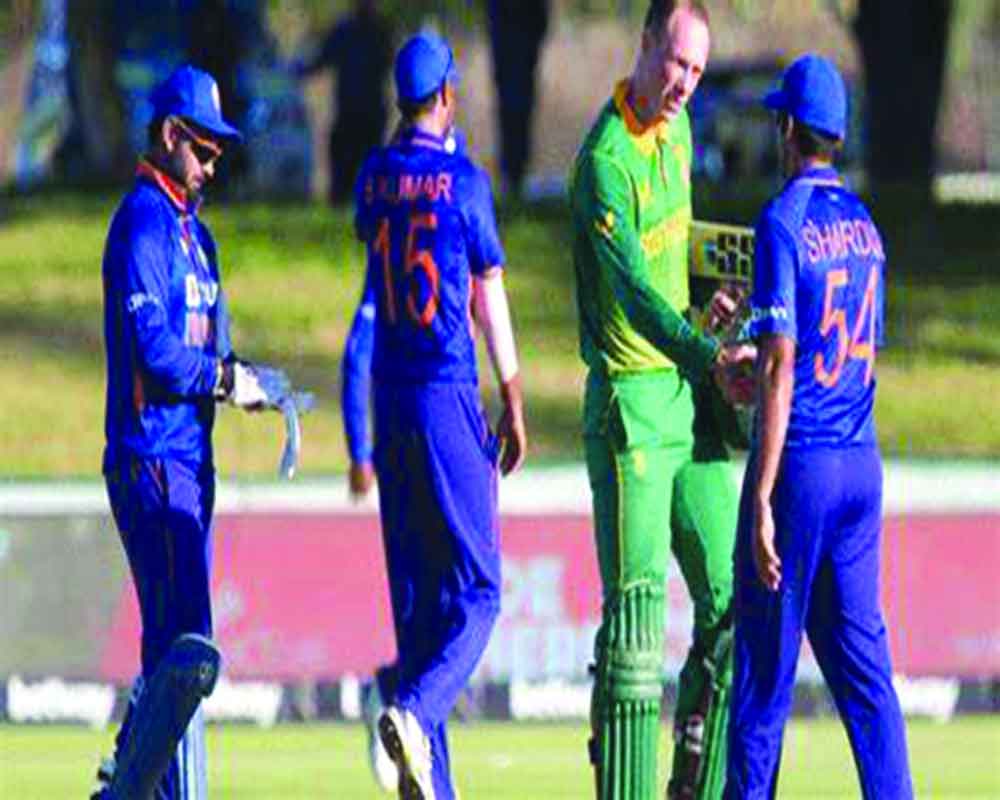 Indian team's strategy is expected to undergo paradigm shift with some players getting a subtle yet stern message to lift their games as they face an embarrassing possibility of a clean sweep against South Africa in the third ODI, here on Sunday.

India's strategy looked completely out of sync with modern day white ball game as the batters failed to keep the momentum in the middle overs and more importantly the bowlers, save Jasprit Bumrah, looked club class and without ideas of getting breakthroughs.

In two matches, India have been only able to pick up seven wickets -- four in the first game when Proteas batted first and only three in the second. Ravichandran Ashwin and especially Bhuvneshwar Kumar, the two senior-most bowlers looked far from threatening and the young Proteas batters like Rassie van der Dussen, Janneman Malan along with seniors like Quinton de Kock have feasted on the pedestrian stuff dished out by them.

With the two having flopped completely, it needs to be seen whether Rahul Dravid, the man who is currently calling all the shots as far as tactics is concerned, takes a dim view and at least try out Jayant Yadav and Deepak Chahar in the next game which would lend some freshness to the attack.

Worse, the first two games were played on a Boland Park strip that didn't have a lot of pace and bounce and even skipper KL Rahul admitted that conditions were more familiar with what they get back home, compared to what they are used to getting in South Africa.

However at Newlands, there will be more pace and bounce on the track and the Indian team that has been perennially struggling would want to avoid the ignominy of a 0-3 loss.

For skipper Rahul, the whole tour, save his match-winning hundred in the first Test, has been a nightmare. Although he is being seen as a long-term future leader, there hasn't been any spark whatsoever in his leadership that would make anyone sit up and feel that he is the one cut out for the job. There hasn't been any tactical improvisations in the two games so far which would inspire confidence in his leadership abilities.

Add to that, his own style of batting at the top of the order is outdated in modern ODIs and his inability to rotate the strike for the better part is also creating pressure on the later batters, who aren't as adept at maneuvering the strike.

It is a foregone conclusion that once Rohit Shara is back in action, Rahul will lose his spot at the top of the order with Shikhar Dhawan scoring runs and at a better clip compared to his younger partner.

Virat Kohli may have scored 51 in the first game but what is visible is his lack of energy on the field having been sacked from ODI captaincy.