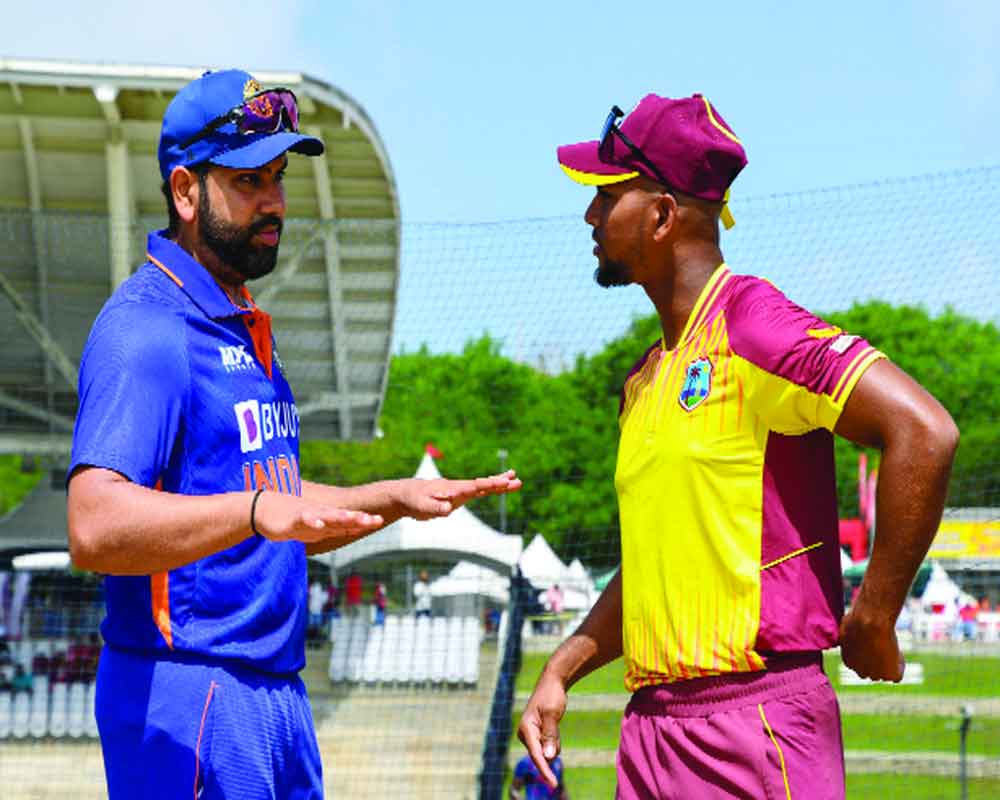 Shreyas Iyer's performance will be under intense scrutiny as India gear up for the back-to-back T20I games against West Indies, starting here on Saturday, with the twin objective of winning the series and also firming up squad for T20 World Cup.

India are currently leading the five-match series 2-1 and nothing would be more satisfying than a couple of thumping wins in front of the USA's Indian diaspora, which is anticipating an enjoyable weekend cricket carnival.

However in this current India set-up, if there is one man whose performance will be monitored more than anyone else, it has got to be Iyer.

Deepak Hooda, who has used most of the opportunities handed to him, looks good to outwit Iyer at the moment as far as the big ticket T20 World Cup berth is concerned.

With KL Rahul and Virat Kohli all set to be back in the playing eleven for the Asia Cup, time is certainly running out for the 27-year-old Mumbaikar, who has had scores of 0, 10 (11 balls) and 24 (27 balls) in the three games so far in the ongoing series.

He looked distinctly uncomfortable against the fast and rising deliveries.

While the short ball is his main problem, watching Iyer gives a feeling that he is unable to decide at what pace and which gear would he bat in a T20 game, something that's not the case when he is taking strike in 50-over format.

In head coach Rahul Dravid's regime so far, no player has got a raw deal in terms of chances and are given long enough rope to succeed.

However in case of Iyer, his T20I game hasn't exactly yielded the results that one has seen him deliver in the ODI cricket.

Even then, Dravid has given Iyer nine T20I games in last two and half months, out of which, one in Bengaluru was a wash-out and there hasn't been a single fifty-plus score even when he got chance to come out within first 10 overs.

If Iyer gets a go in the last two games, he has no option but to put his best foot forward as the Asia Cup team, in all probability, will also be the likely team for the T20 World Cup.

Even if Iyer makes the cut for Asia Cup or T20 World Cup, there is a miniscule chance of him getting a first XI look-in in a jam-packed top-order.

Rohit likely to be available

While Suryakumar Yadav's awe-inspiring shots left all and sundry wide-eyed, he is expected to have his skipper Rohit Sharma for company at the top of the order.

In the third game in Basseterre, Rohit was forced to retire hurt with a back spasm when he was batting on 11 and it was more like a precautionary measure with a three-day gap in between games.

The Indian captain would like to continue his recent good form and positive intent in the two remaining games but at the same time would have the best seat to judge the form of some of his batters.

Rishabh Pant has looked good in all his short stints at the crease and wouldn't mind having a big one in front of a packed audience at Central Broward Park Stadium.

Avesh Khan has been taken to cleaners in the last two games but Dravid-Rohit pair has no other option but to continue with the profligate MP speedster as Harshal Patel hasn't fully recovered from his rib-cage injury.

Avesh throughout his career has been a bit one-dimensional with either bowling too short or too full giving batters ample time to work on the pace or play the full-blooded drive.

It will be interesting to see if Kuldeep Yadav gets a game in the series and India play an extra spinner in case Harshal doesn't get fit in time.