Not hurt that captaincy was taken away from me for Zimbabwe tour: Dhawan

Not hurt that captaincy was taken away from me for Zimbabwe tour: Dhawan 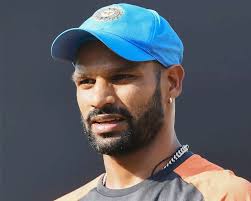 Shikhar Dhawan has a lot of faith in God's plans and purely for that reason it "didn't hurt him" when he was asked to hand back the India captaincy to KL Rahul during the tour of Zimbabwe.

Dhawan, who usually leads the India ODI team in the absence of Rohit Sharma, was named captain for the three-match ODI tour of Zimbabwe in August this year but later was demoted by the former national selection committee once KL Rahul was declared fit and available.

"I wasn't hurt as I believe certain things are pre-destined and whatever happens is for our own good," said Dhawan, who is back in the captain's saddle for the ODI leg of New Zealand tour.

"And if you look at it, after Zimbabwe, I again captained against SA at home and the same selection committee handed me the leadership reins. So I am not at all hurt by what transpired in Zimbabwe. There must be something good hidden somewhere (in God's design)," the veteran opener said.

In fact, he believes in counting his blessings. In the twilight phase of his career, he got a chance to lead the national team.

"I am very fortunate that at this juncture of my career, I have got a chance to lead India," he said.

He also explained how he rationalised Rahul's elevation in Zimbabwe and he was kept as his deputy.

"Look in Zimbabwe, KL was made the captain because he is the vice-captain of the main team. And since he was going to Asia Cup (after that series) and in case Rohit got injured over there (in UAE) and Rahul had to captain, it was better that he captained in Zimbabwe and remained ready on leadership front.

"So I thought from that perspective that was the right thing to do," Dhawan said.

"Can't take my place for granted even now"

A veteran of 161 ODIs in which he has scored 6672 runs, Dhawan, who will turn 37 on December 5, knows that margin for error is minimal as far as he is concerned.

He feels that playing just one format helps him maintain a work-life balance and stays fresh for international challenges.

"It totally depends on individuals. I count it as blessing that I play one format and it gives me time to pursue other interests. I stay more fresh and much stronger compared to what I was when I played three formats," he said.

He knows that there will be a logjam in the top order when Rohit and Rahul come back and along with him, Shubman Gill, who is in great form, will also be a contender for the opening slot.

"We now have lots of players across three formats representing India and it's a good thing. Playing one format has its own challenges also but I make sure that I keep myself in the groove and don't lag behind others. I have to match the pace of the team. Otherwise it won't be right," the Delhi man said.

Dhawan and make one of the most formidable opening pairs in the current era in 50-over cricket and he would like to keep up the good work alongside regular captain.

"We guys have been performing well and have been a successful pair. But I have to keep performing and can't take anything for granted till I am playing. And that keeps me on my toes," he showed his awareness about where exactly he belongs in ODI scheme of things.