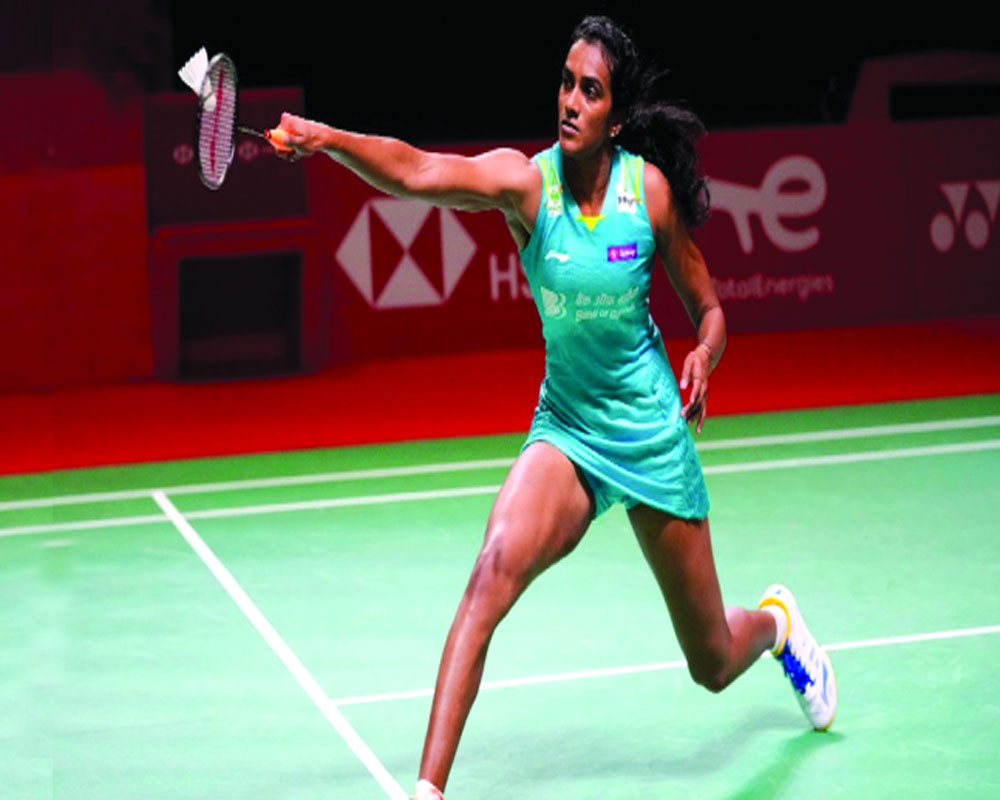 Sindhu will face fifth-seeded Russian Evgeniya Kosetskaya in the semifinals.

Two-time Olympic medallist PV Sindhu rallied from a game down to eke out a hard-fought win over Thailand's Supanida Katething to enter the semifinals of the Syed Modi International Super 300 tournament here on Friday.

The top-seeded Indian beat her Thai rival, seeded sixth in the tournament, 11-21 21-12 21-17 in a quarterfinal match that lasted one hour and five minutes.

Sindhu will face fifth-seeded Russian Evgeniya Kosetskaya in the semifinals.

In the men's singles, however, HS Prannoy crashed out of the tournament with a straight-game defeat to Arnaud Merkle of France in the quarterfinals.

Mithun Manjunath, however, advanced to the semifinals after beating Sergey Sirant of Russia 11-21 21-12 21-18 in a quarterfinal match that lasted one hour and one minute.

Manjunath will face Merkle in the semifinals.

In the mixed doubles event, the Indian pair of MR Arjun and Treesa Jolly beat the eight seeded French duo of William Villeger and Anne Tran 24-22 21-17 in the quarterfinal match that lasted 42 minutes.

Arjun and Jolly will face compatriots and seventh seeded pair of Ishaan Bhatnagar and Tanisha Crasto in the semifinals.