Gita Jayanti – an opportunity to revisit the Bhagvad Gita’s teachings

Gita Jayanti – an opportunity to revisit the Bhagvad Gita’s teachings 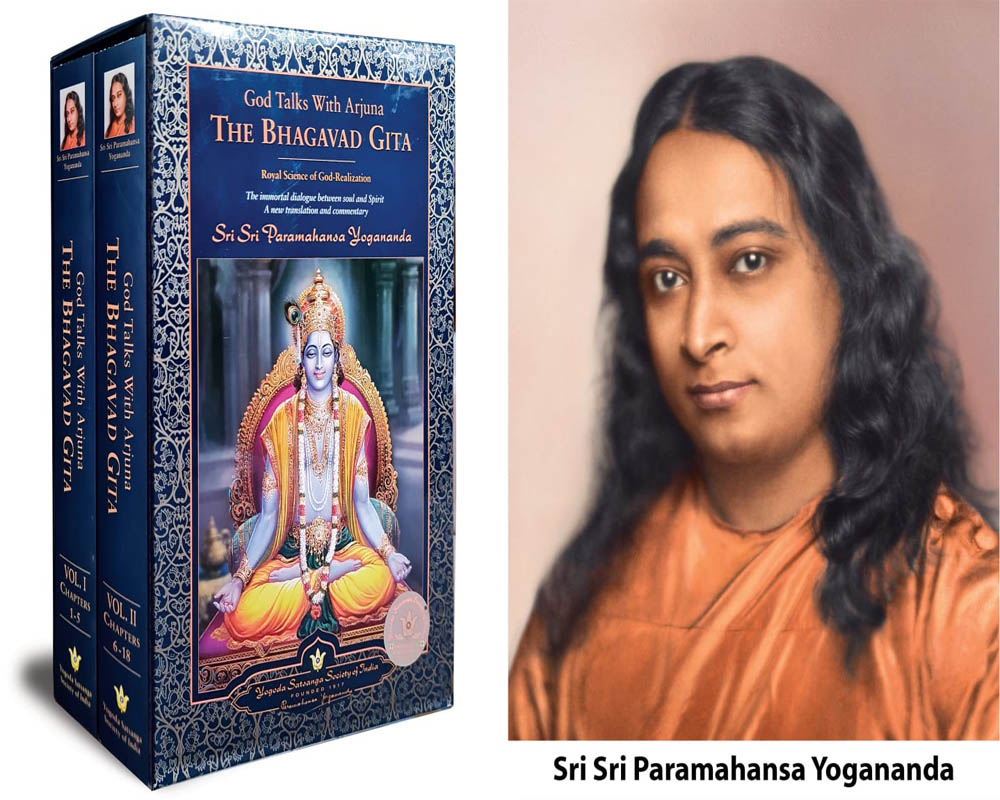 The Bhagavad Gita is not just a book, not even just a scripture, it is verily the essence of life itself and an encapsulation of the truth at its purest. The timeless message of Lord Krishna to the raptly attentive warrior Arjuna upon the battlefield of Kurukshetra was and is actually an indirect sermon to each human being.

The plethora of events, tensions, and pressures that this maya-controlled world presents before us can only be tackled by winning the inner battle of the mind. And the Gita sheds light upon the sincere seeker's pathway no matter how evolved he may be.

Sri Sri Paramahansa Yogananda, author of the renowned ‘Autobiography of a Yogi’ also wrote a deeply intuitive interpretation of the Gita, published by Yogoda Satsanga Society of India (YSS) as "God Talks to Arjuna" in two volumes, provides an in depth yet practical account of what Lord Krishna truly meant in his exposition before Arjuna. Brought out in English and Hindi, “God Talks to Arjuna” is an outstanding publication that serves to deeply enlighten the perceptive reader about the intrinsic message of the Gita.

Yogananda ji has described for the common human being the intricate message of the Gita as never before. He has highlighted the Gita’s deep meaning of the battle between the forces of righteousness represented by the Pandavas and the negative forces represented by the Kauravas. Each character of the Mahabharata represents a quality, good or bad, within us. Bhishma, for instance, represents ‘Ego’ which must be vanquished before we can make any significant spiritual progress. We simply must fight this righteous battle, shedding our reluctance, overcoming our lethargy and shunning attachment to the desires that forever threaten to impede us in our quest for self-realization.

In other words, as Yogananda ji points out, we will never be satisfied until we have found the Lord. And the only way we can do so is to follow the path of yoga, meditation and right activity.

The science of Kriya Yoga has been specifically mentioned twice by Lord Krishna in the Bhagavad Gita. This rare and powerful science was brought to the fore most comprehensively by Yogananda ji in the modern era, to enable all truth seekers to practice it diligently. Yogananda ji categorically stated that Kriya Yoga, if practiced correctly and if coupled with deep devotion, shall enable true devotees to attain the highest goal.

Yogananda ji’s immense contribution to the understanding of the Indian spiritual ethos and his path-enlightening teachings which have paved the way for lakhs of seekers across the world to progress rapidly towards the ultimate goal, have no equal. Yogananda ji has brought out the love and simplicity of God more clearly and comprehensively.

The organizations founded by Yoganandaji, Yogoda Satsanga Society of India (since 1917 in India), and Self-Realization Fellowship (since 1920 in the West), are playing a laudatory role in disseminating the sacred science of Kriya Yoga and the spiritual teachings of India across the world.

In many ways, the Gita Jayanti which falls on December 3 this year, serves as a strong reminder to each of us to make a determined effort to win life’s most important battle. And Yogananda ji's interpretation of the Gita shows us exactly why we have to strive hard to attain the ultimate goal. Further info.: yssofindia.org