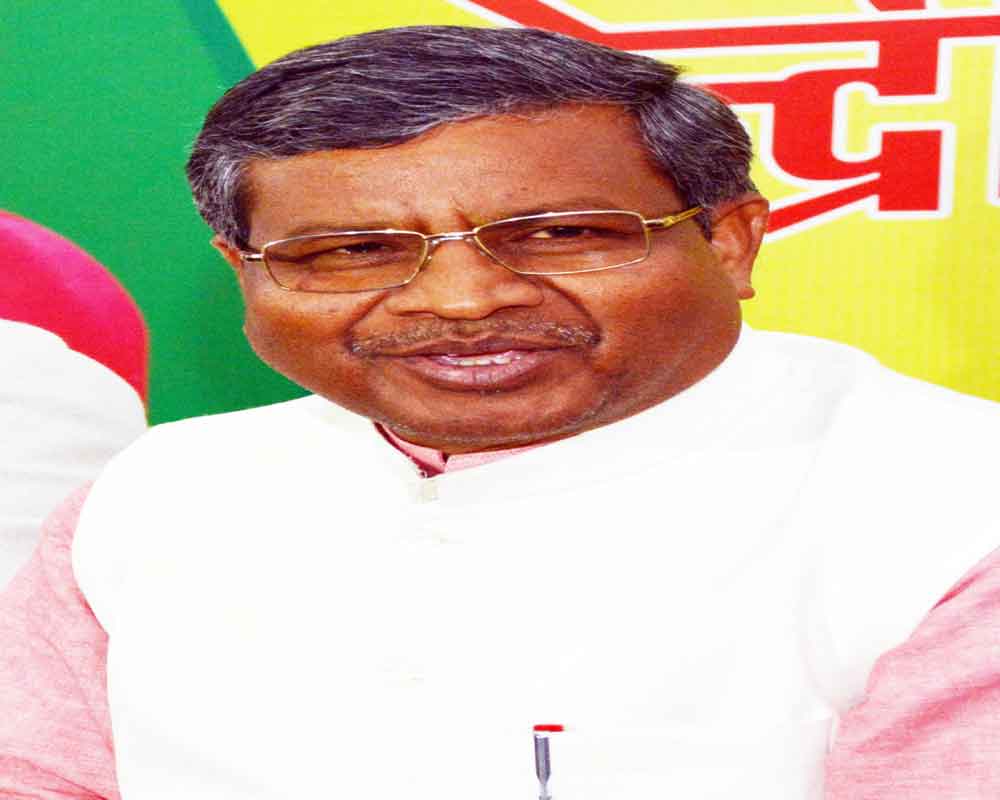 Sharing an experience of his Chief Ministership, first CM of Jharkhand and currently BJP Legislature Party Leader Babulal Marandi today cautioned bureaucrats against being indulged in unlawful activities due to political pressure. Marandi said during his tenure as CM the fury of the militants was at its peak. “My plan was to bring back as many extremists, their associates and as possible to the mainstream. In a tribal-dominated district, the police were chasing those who provided logistic support to some militants. I called a senior official there and told him that I want to bring them into the mainstream. Have some mercy on them. The officer cried and said, ‘Sir, these people are huge scoundrels. I won’t be able to do it. If you want, remove me from there.’ I immediately took back my statement and told them to continue their action without any hesitation. Even today when I see him, I remember his words and I only see him with respect. Coincidentally, that officer was also from the tribal community. But I had taken the oath of secrecy of the post, so I will not reveal his name,” he said.

“On the contrary, I feel ashamed and surprised when I hear of some new officers also doing wrong things in the greed of money and important positions, at the behest of power apart from the law,” he added.

“At the behest of Hemant Sarkar, such officers, who do every wrong thing, meet in trouble through their contacts. They are afraid of what they have done and don't know when they will be caught? When such people give their clarification and tell how they were made to do wrong by pressuring them, then it is surprising to hear. Such people say that when their lives will be at stake they will have to reveal all the secrets. I remember the time of Lalu Prasad ji, when his associates officers, brokers, suppliers themselves started going to jail for fodder theft, then they all drowned themselves and also drowned Lalu ji in such a way that today history has been made. I wonder that even after the example of past mistakes, how can any officer / leader think of putting his whole career at stake in greed?,” he asked.

“I again humbly request the Bureaucracy to turn back the pages of history and think what is the result of wrongdoing in the end,” said Marandi.