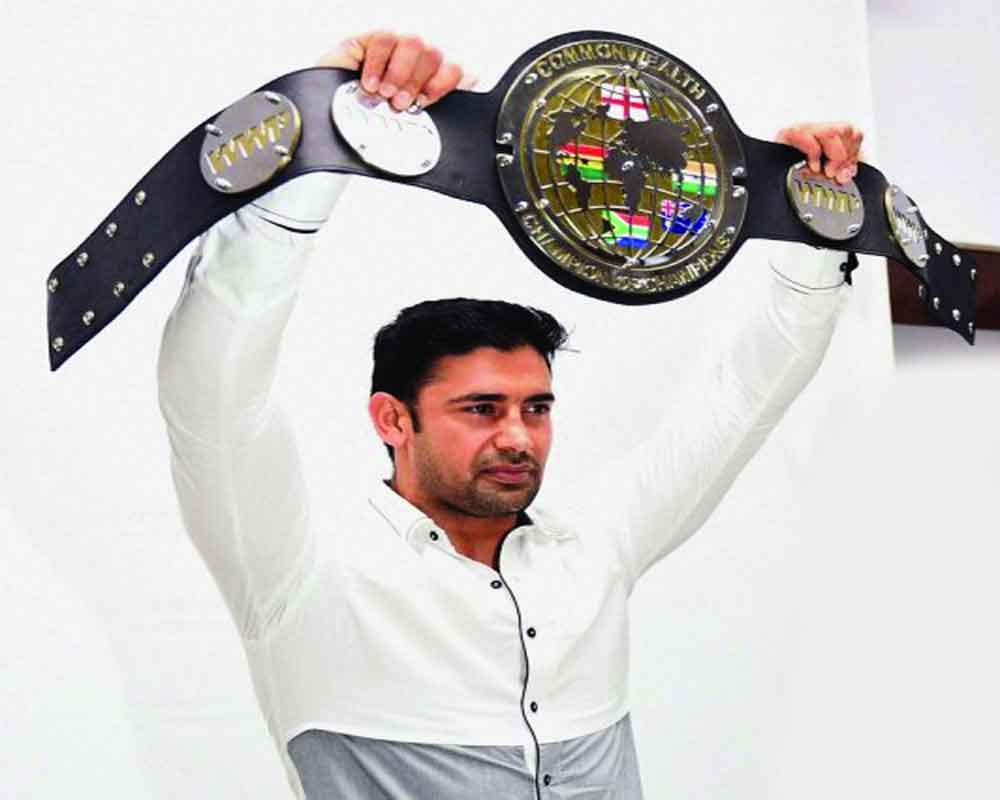 Sangram Singh is a wrestler, actor, motivational speaker, philanthropist, and health guru, who wears his heart on his sleeve. Recently in Delhi to support the anti-tobacco campaign, he shared his thoughts with ARCHANA JYOTI on the need for stringent COTPA law to protect youth and kids from falling prey to the deadly products.

World No Tobacco Day (WNTD 22) is round the corner. You have been vocal against tobacco consumption for quite a long time.

I started my life in a small village in Haryana, born as a rheumatic arthritis kid. Hailing from a humble family and having a disability, every day was a struggle for everything—physically, financially, and mentally. Those were very difficult days. Doctors had dumped me, saying that I won’t survive long. But with the blessings and care of my mother and my strong will, I was able to be physically fit and played for the country. I feel bad when I see youth and kids around me addicted to smoking and chewing tobacco, unaware of its harmful impact. It pains me. We have got this precious life only once. I want these kids and youth to not waste their lives but help contribute to making India a strong nation.

What is the reason that despite various efforts, we have failed to curb tobacco habits among people? Lakhs of youth continue to succumb to hazardous items every year. Where are we faltering?

At times political parties get influenced by the tobacco or liquor barons in anticipation of getting funds for their party activities. Also, celebrities too, do not think twice about the ill effects their endorsement of harmful products can have on youth and kids.

The Government should take strong steps to check the availability of these products while celebrities should introspect about what they are promoting. So much money is spent on healthcare for people falling ill due to tobacco-related diseases. It is important to implement and enforce the most effective tobacco control policies aimed at reducing the supply and demand for tobacco.

Health is something that I hold very dear. I also do not support what I do not believe in. So how can I knowingly promote something that will risk people's life?  As a celebrity, it's my responsibility toward people to not endorse anything that could be harmful to human health.

Activists have been seeking stringent COTPA Act such as a ban on Point of Sale advertisements and on public designated smoking areas to curb tobacco consumption. What is your take on this?

I am always on the same page on all the issues if it saves a life. The WHO data says that every year more than 8 million people die of tobacco consumption. Addiction continues to rapidly increase among people of all age groups in India. We all know that it causes a range of deadly diseases related to the heart and respiration system and cancer.

In such a scenario, we definitely need to not only emphasize creating awareness against tobacco hazards but also tighten the gaps in the COTPA Bill which is giving tobacco manufacturers leverage to play around with the system. I feel that to curb tobacco consumption among kids, Point of Sale should be banned. After all, why are we allowing tobacco items to be sold amidst candies and toys meant for kids?  We should also take steps to protect non-smokers by banning designated smoking zones in airports, restaurants, and hotels.

What is your message to youth who refuse to quit tobacco?

My advice to them is that by consuming tobacco they are not only harming themselves but also their loved ones in their homes by forcing them to be passive smokers.. Smoking kills you daily. Your lungs get damaged and your stamina weakens.

We get only one life. It is up to tobacco users what type of life they want to choose: a good and healthy life or torturous death. They have to choose between the two.  If I, can overcome my childhood disability and win the World Wrestling Championship, anybody can quit tobacco and lead a healthy life.