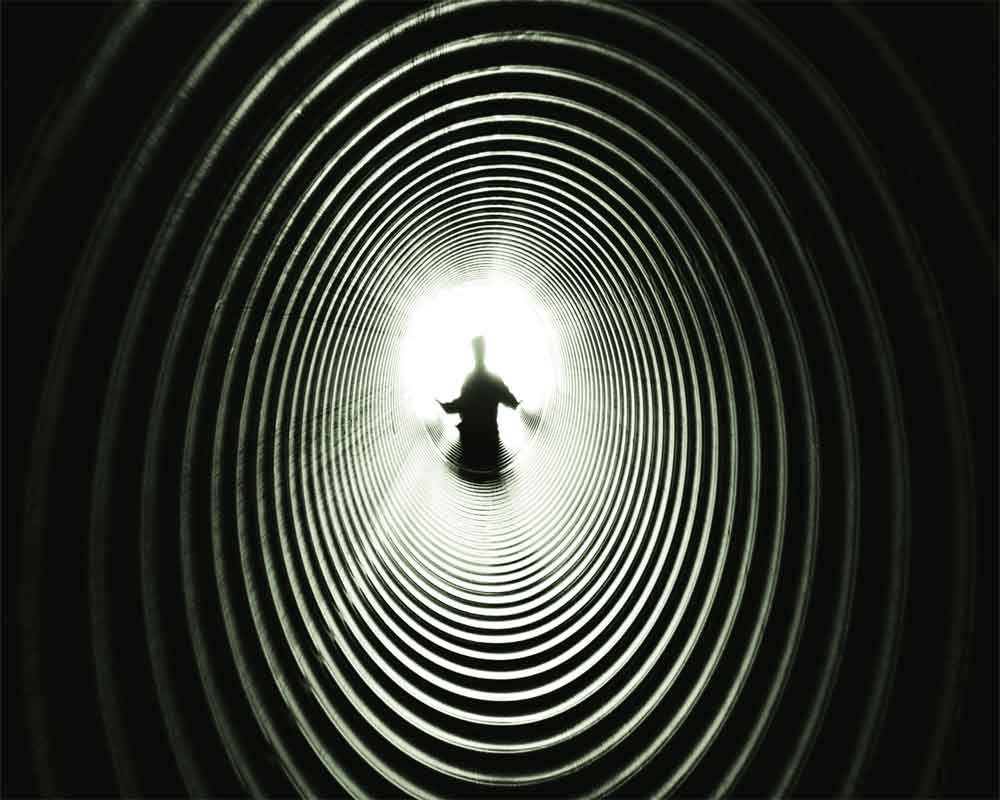 The New Year has taken off on a sour note marked with phenomenal rise in Covid infections. Scientific study reveals that the Sun is subject to heightened activity (solar flare) every 11 years. After 9 such cycles get over, we become due for pandemic, as it happened during 2018-20, 1820, 1720, 1620 and 1520. Incidentally, 10th cycle of solar flare, since the last pandemic, began in December 2019, and immediately thereafter, the whole world came to a grinding halt. Government has imposed restriction in people’s movement to curb spread of virus. It is a periodic environmental challenge, which recurs every hundred years but eventually passes after sometime, but not before hitting us hard. But in the usual run of our life, limiting tendencies of mind, will keep knocking us continuously, unless otherwise identified, acknowledged and consciously addressed.

The most glaring limiting tendency in evidence in large majority is a narrow vision. It limits you to self-defined beliefs and perceptions. It usually doesn’t allow you the scope to go beyond for a reality check or explore better options if any. It doesn’t let you perceive external or internal challenges in the right perspective due and with obvious consequences. Our narrow vision has two roots. First the societal — the racial, religious, cultural, caste, lingual, political and economic divide — which of late has been growing beyond proportion. The paradox, however, is that we keep fighting in the name of our religious identity, but seldom do we realise the truth that Creator has not provided any scope for a divide. Otherwise, there would not have been just one Sun, common pool of space, air and water available to all in equal proportion.

Looked at a deeper level, the world happens to be a unified organism, where no existence has a reality independent of the whole. It is framed into an interdependent set up, where we are to complement and supplement each other’s effort to carry on the cycle of life. For, no individual is capable of servicing one’s existential needs in one’s own right. In fact, we have a shared destiny. So any untoward happening at any end of the globe, has to have far reaching consequences. The recent pandemic offers us with a glaring example. It began somewhere in China but within no time it overtook the whole world. Even modern science believes the same as would the saying of Australian physicist Paul Davies mean: “For a naïve realist, the world is a collection of objects. But for a quantum physicist, it is an inseparable web of vibrating energy patterns, where no individual component has a reality independent of the entirety, and including in that entirety is the observer”.

The second source of our narrow vision are individualistic beliefs and our selfish desires, coming as they may with Karmic carryover from the past, which makes every individual unique. Each of us reflect varying mind and desire trends and often at odds with others. They define how we conduct in day to life and the way we relate to others. The world, thus becomes a natural breeding ground for conflict of thoughts and interests. We have to live with those having different identities, but we always remain suspicious about them. Consequently, a sense of unease prevails, which doesn’t let you live in peace. Even in individualistic sense, life becomes full of pains and sufferings.

A case in point is that of a young man born with Cancer lagna, an emotionally oriented sign marked with unpredictable mood swings. Crab is the symbology identified with Cancer sign. If a crab entraps something, it will hold on to it, even if it loses its claw in the process. It implies that if ever Cancer born pick up a belief or perception, they will remain emotionally stuck to them, no matter how much painful they prove. What further compounds his problem is that Moon, the sign lord is posited in the 8th house, identified with difficulties. If that would not be enough Saturn is placed adverse to Moon, which gives him a negative mindset, who will habitually remain suspicious of others and even his own conduct. Given a difficult situation, he will start sulking and get into a state of depression. He, thus, becomes vulnerable to become a victim of his own making. To come out of this hang, he needs to seek guidance from a proven Guru, who may help him overcome his mental limitations. And then, the positives within, that that are immense, will begin playing out unhindered and lead him to a better tomorrow.