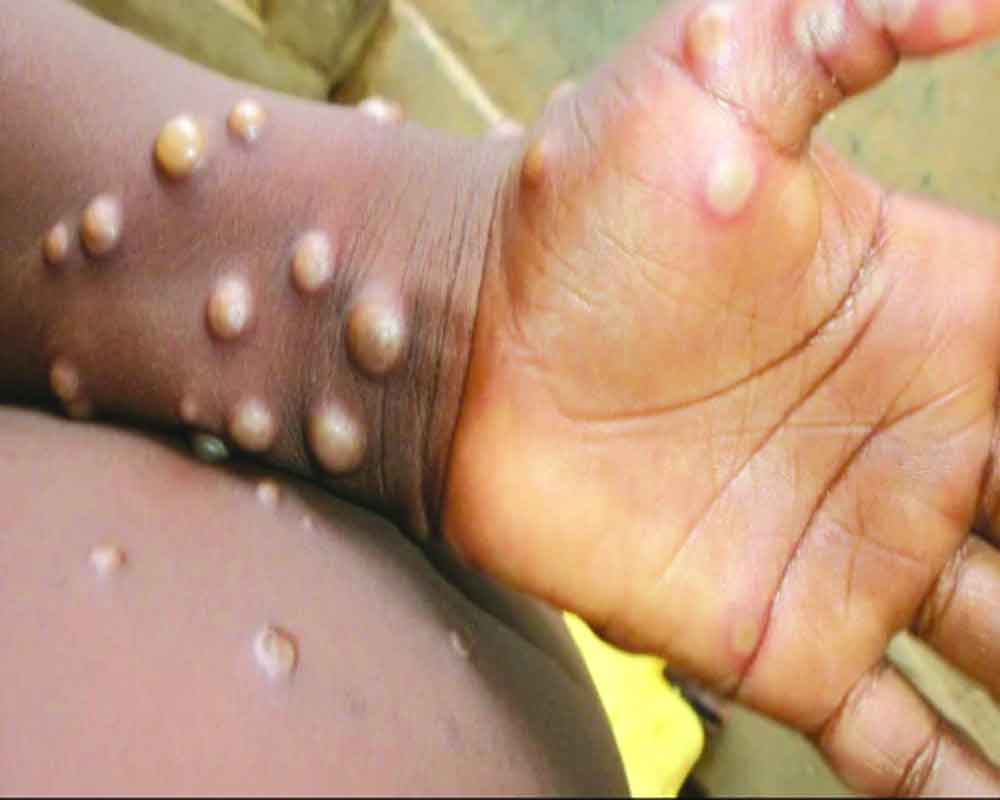 An outbreak of monkeypox, which is related to smallpox, in around 20 countries has alerted public health officials. The virus can, however, be contained with vaccines that are already available in some countries, doctors say, asserting that there is no need to panic. The HEALTH PIONEER profiles the disease.

With the world still reeling from the effects of the covid-19 pandemic, the rise of a different disease called Monkeypox is putting many people on edge. It has taken into its grip atleast 20  nations. Over 200 cases have been reported so far.

Thankfully, India is spared for now. “But the only policy right now is to monitor the global scenario, step up the vigil and expand testing,” Dr Nivedita Gupta, head of virology at the ICMR told a news channel.

The Centre has already issued an alert to the National Centre for Disease Control (NCDC) and the ICMR and asked them to keep a close watch on the situation evolving in relation to the monkeypox cases abroad. Among States, Tamil Nadu and Maharashtra have been at the forefront in asking their officials to keep a watch on airports and water borders.

ICMR scientist Gupta also made it clear that monkeypox will not spread like wildfire as had happened in the case of Coronavirus as “it’s not a new virus and has been in existence in some African regions and has caused sporadic outbreaks.”

The ICMR has designated the virus as exotic and all samples are being sent to the Pune lab for testing.“All viruses which don’t exist in India are labelled exotic and their samples are sent to the National Institute of Virology, Pune, which is a BSL4 facility,” she said.

The facility ensures there are no chances of leakage of virus in India, leading to an outbreak here. “This communication has been sent to all airports. All samples of incoming passengers will be sent to the NIV,” Gupta told the channel.

CAUSE: It is caused by a virus of the same name that is closely related to smallpox, which has now been eradicated from the planet. Both are members of the Orthopoxvirus genus in the family Poxviridae.

History: It was first discovered in 1958 when outbreaks of a disease causing a pox were discovered in monkeys held in captivity for research. It was first seen in humans in 1970 in the Democratic Republic of the Congo (DRC) and it is now endemic in Central and West Africa.

Symptoms: It starts with a headache and fever, the usual things that you deal with when you get a viral infection. Then, within a week or two, some people get a rash which develops into pustules. If you're covered in these pustules, then you'd have the risk of bacterial infection and, in some cases, sepsis. That's where the lethality can come from. Although symptoms often ease within a month, one in ten cases can be fatal. Children are particularly susceptible.

WHO RECOMMENDATION: Given that rashes are seen in many other diseases such as chickenpox and measles, WHO recommends diagnosis when identification is necessary. This has to be with PCR testing.

TRANSMISSION: The virus generally spreads to people from infected wild animals such as rodents and primates, found in the rainforests of Central and West Africa, but human-to-human transmission can also occur. Similar to viruses like Ebola, transmission only happens in close proximity by contact with lesions, body fluids, respiratory droplets or contaminated materials such as bedding or clothes.

TREATMENT: At present, there is no specific treatment. But there are antivirals licensed to combat orthopoxviruses, such as tecovirimat. The smallpox vaccine was key to eradicating smallpox decades ago, and this vaccine can be highly effective – 85% – in preventing monkeypox.

Health experts say that one should not let their guard down but there is no need to panic. “We need to keep a surveillance on how it is evolving, and how many people are getting affected. Fortunately, it is not as severe as smallpox," says Dr Jugal Kishore, head of the Community Department, Safdarjung Hospital in Delhi.

“ There is a need to keep a watch on borders and international travelers and ensure that those having rash-like symptoms or reporting fever are kept in quarantine as per protocol.”

Dr Kishore adds that the virus can spread through touching or using clothes or towels of someone who is infected; touching monkeypox skin blisters;  coughs or sneezing. Hence, health hygiene is a must. Also, those venturing in wildlife should stop doing so for some time.

"We encourage you all to increase the surveillance of monkeypox to see where transmission levels are and understand where it is going," the WHO's director for Global Infectious Hazard Preparedness, Sylvie Briand, said at a conference recently.

Dr Faheem Younus, Chief Quality Officer and Chief of Infectious Diseases at the University of Maryland,says: “Monkeypox cases are concerning but the risk of this becoming a COVID like pandemic is zero% Why? This virus is not novel; is typically not deadly; is less contagious than Covid and has been around for 5 decades. Also, it can be prevented by a smallpox vaccine.”