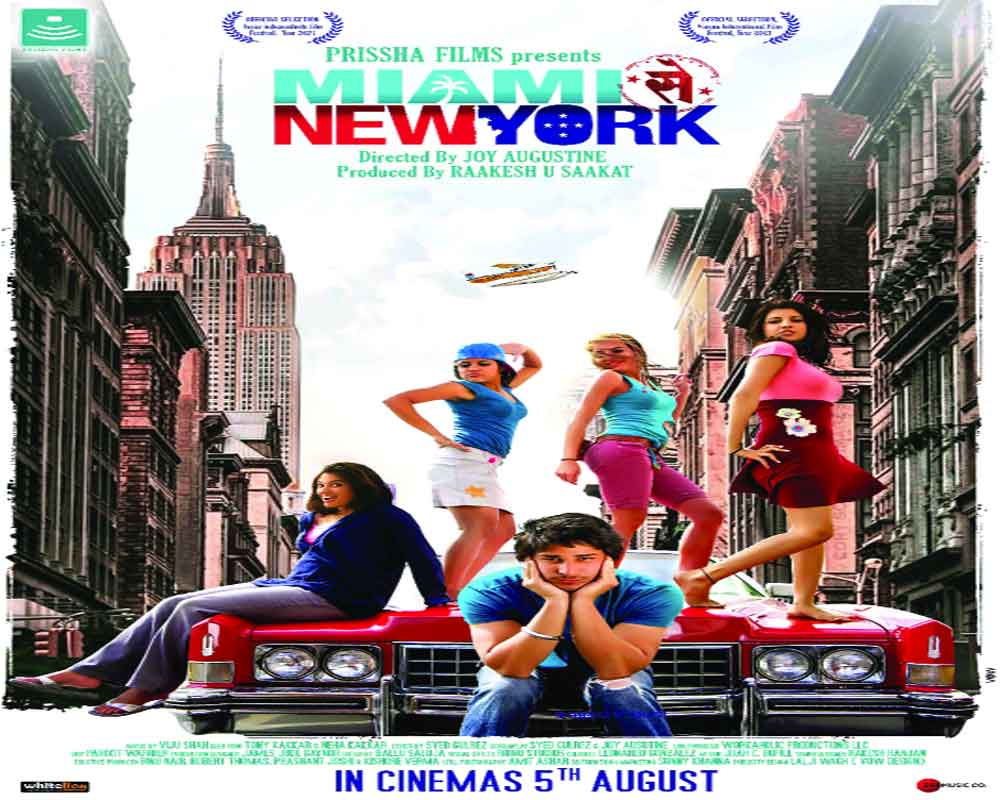 From Dil Chahta Hai to Zindagi Na Milega Dobaara, we have seen many Hindi films set against the backdrop of adventurous road trips. And all these films had one thing in common—male protagonists. But the recently released New York se Miami has come as a breath of fresh air. It explores the relationship and bonding between four female friends. The girls decide to take a road trip from one American city to another before one of them ties the knot soon.

Presented by Prissha Films and produced by Raakesh U Saakat, the road trip turns out to be a life changing experience for the girls. Director Joy Augustine has wonderfully woven his magic throughout the film. Some of the visuals in the film are breathtaking and the lyrics of the songs in the film and Viju Shah's music is quite meaningful and hummable. Stars: 4 out of 5