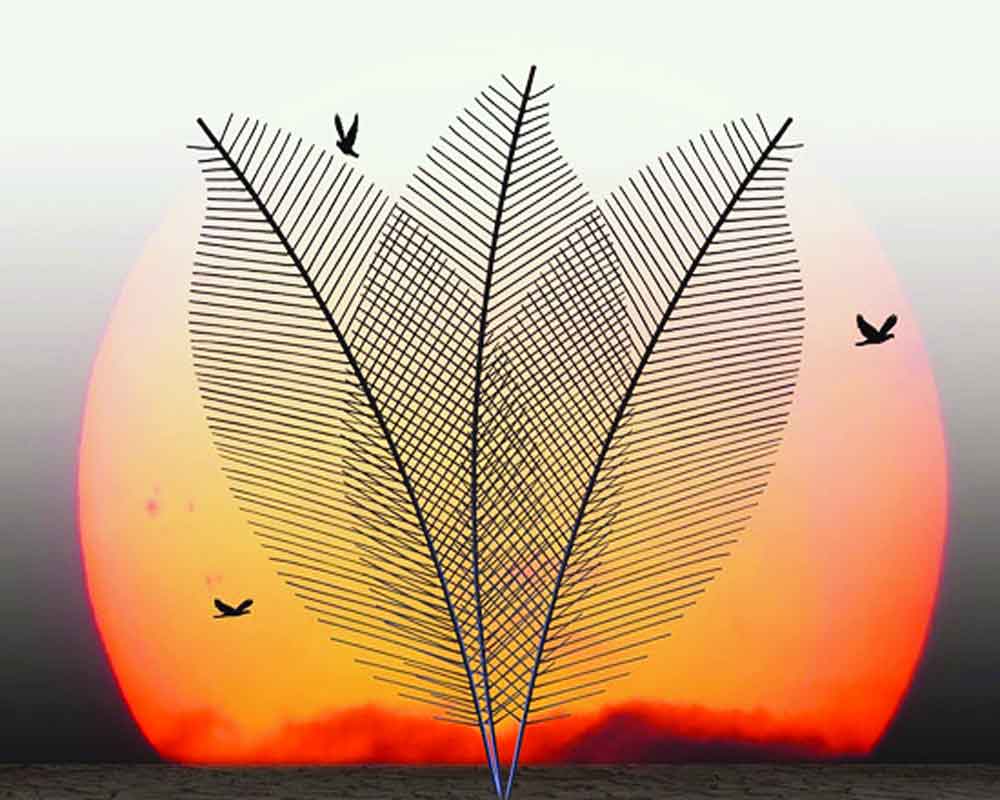 As we create the world along with our cravings and attachments, these are apparently writing our destiny, through us, shares Hingori

Karma and Destiny — these words are quite familiar and a part of our everyday conversation. However, when we dig deeper into the true meaning of these, we come to realise what appears simple isn’t so if we view it from the lens of duality.

Let’s examine what this memory is, and why the action is described as ‘perceived’. When deeds get stored in the perceived subconscious, the tendencies and memory come together to create a situation where the action needs to come to fruition. The stored deeds awaiting fruition are destiny and the fruition itself is karma. When we view it from a lens of duality, we perceive all of this within the mind.

Our scriptures say, all that has been created is from and in the infinite consciousness or the consciousness supreme. Like when we dream, we create form, experiences, consequences and feelings, but when we wake up from the dream, we realise it was all unreal. Those who are in an enlightened or in an awakened state see themselves as no different from this consciousness supreme, and the actions, and all else that exists, are a part of the dream and therefore, unreal that we view as real, only in our perception.

As we create the world along with our cravings and attachments, these are apparently writing our Destiny, through us. However, rather than being truly written, its being imagined. Since the past, past present and future too, are measures of the mind and for the sake of simplicity, may be viewed as stacked in a layered manner as opposed to linear progression, the fruition is not awaiting a subsequent date, but is also happening in the moment. This is quite like watching a movie at home, one has the ability to forward, rewind, skip and imagine what is likely to happen in the movie. Now imagine the director of the movie conceiving it in his mind — all the parts, wardrobes, the sets, the visual cues and each scene being shot independent of the other to be strung together later as he deems fit. As you start to see how this plays out, so do our lives in terms of Karma and Destiny.

Some like Sage Bhrigu and Nostradamus have seen this movie called destiny because they see the infinite consciousness, and all the memories, tendencies, characters and the actions are ultimately just a part of this consciousness. To explain it in simple terms — if we can wake up, recount and document each detail of the dream we have witnessed, we will be able to write a perceived prophecy, since in each dream there are beings, environments, elements actions and consequences. Like in a dream, in an enlightened state we transcend time since we are capable of viewing all that is on at the same time. In any event, from the place we are viewing it, time is a measure of epochs and not years.

So, what about free will? Is that too an illusion? How can there be free will when it is being conceived of something that in itself is unreal? The action too exists in our mind and has been determined by our memory and tendencies — it is also being created like in a dream where we are imagining new things as we deal with the existing. Our individualised consciousness is the recipient of the memories pending fruition, and we then live part of these out, and create another set of memories for further fruition.This is why it is said that the scenarios repeat till we learn our lessons.If the perceived action plays out in a way that we perceive as wrong, we create a different script from this, for fruition at another time. However, when our embedded memories believe that the action has fructified, the memory is discarded as it creates no further actions and leads us on the path to freedom from samsara. All of this too is unreal, much like a simulation or as in a movie like the Matrix or Inception. However, unlike the movies you don’t need ‘software codes’ or ‘spinning tops’ to second guess the truth.

Once you realise it, you see the movie as the director as opposed to actor impacted and immersed in the role so deeply that he is unable to see the difference between what is ‘real’ and what is ‘reel’.

Can destiny be changed? Only a Siddh Guru can change destiny. Being enlightened, he knows the true nature of reality as he is ‘one’ with the reality. It is easy for him to distinguish between what is real and the unreal. He can alter the unreal through a simple thought. A Siddh Guru is the guide who can take you through the journey of self-enquiry and help you overcome the inner turmoil that arises from cravings of the mind.

While the above explanations are perhaps those at a ‘school level’ in the spiritual journey, you will need a Siddh Guru to accelerate your ‘Spiritual PHD’. It’s a journey of experiencing and realisation through the experiences. And as you go through it, you will know that there are not timelines that can be set in the world we are familiar with in order to help you get there. So be patient and aware of your experiences.