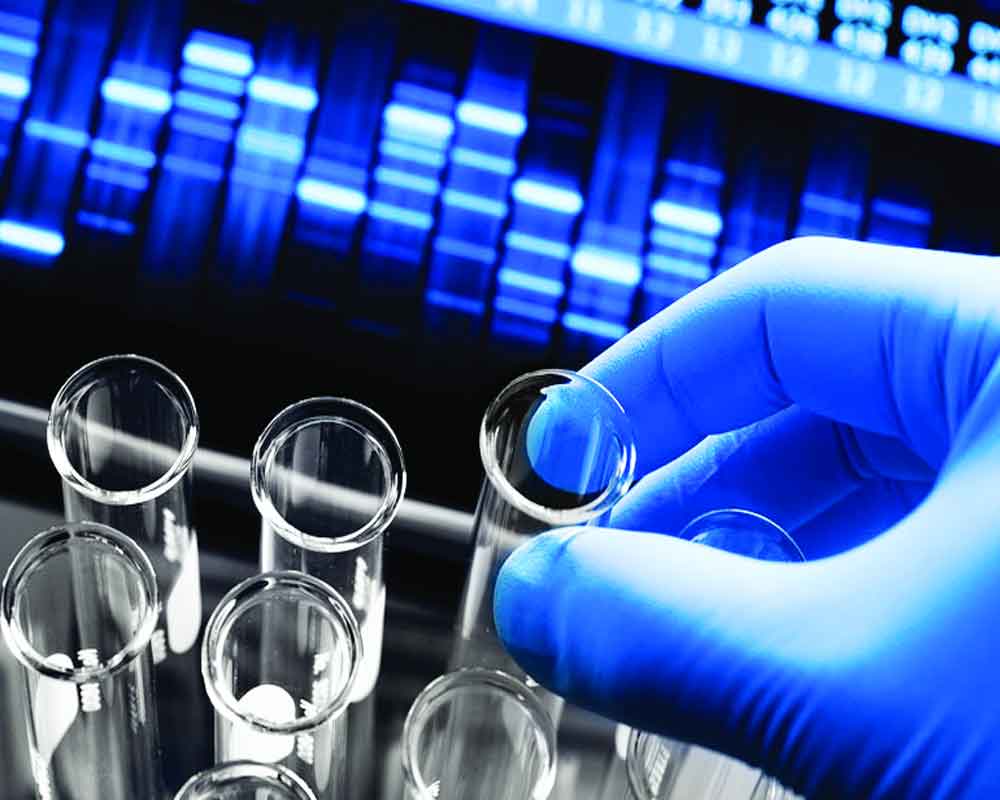 The increased accessibility and affordability of genetic analysis and preventive healthcare are indicative of the possibility of how the healthcare system in the country can evolve to not only provide early diagnosis to patients but also better prognosis along with curative or preventive treatment, writes Rahul Ranganathan

With a modern lifestyle come modern problems. And these modern problems require modern solutions. The rising number of health issues in the country’s population is one example. From obesity to cancer, the graph continues to rise and the causes are often linked to a combination of factors including an unhealthy lifestyle, genetics, and environmental impact. But can we say for sure what causes these diseases? Is there a way to catch them before they manifest in the body? And if so, does India have the healthcare infrastructure to implement these measures?

The simple answer to all of the above questions is ‘yes’. But the reality is slightly more nuanced. When it comes to the human body, there is so much that we don’t know and we are still making sense of what we do know. That however doesn’t mean that we haven’t made advancements that can help catch diseases and lifestyle disorders early enough that individuals can take preventive measures.

Did you know that to date more than 7,000 diseases have been known and reported worldwide? From these, nearly 80% are known to have a genetic predisposition (according to Global Genes). That’s a huge number! What if you could predict with a certain amount of surety if you have the gene for particular diseases like obesity and hypertension? This is where predictive healthcare and genetic analysis come in.

Despite the fact that on average eight crore Indians are affected by rare diseases that have genetic causes, the predictive healthcare industry has only just started growing in the country. However, DNA-based wellness organisations are helping increase the reach of predictive healthcare across India. This has far-reaching implications because it means that individuals can now use services like these to help predict the likely turn their health might take and take preventive measures to lessen or altogether avoid the impact of serious diseases and medical conditions.

The field of genetics is developing at a fast pace across the country, with more people becoming aware of its impact and benefits towards the betterment of physical health and wellbeing. With this rapid growth, in fact, it is hard to believe that the first effort to sequence a genome cost nearly $3 billion and took 13 years to complete (the Human Genome Project). Fast forward nearly two decades ahead, and it’s harder to believe that Whole Genome Sequencing can nowadays be done for under Rs 1 lakh and targeted genetic analysis for specific conditions can be done below 10 thousand in India.

Now before we delve any deeper into the benefits of predictive healthcare and genetic analysis, let’s understand how it actually works. The process of genetic analysis basically involves studying a person’s genes, which are these units that carry the hereditary information that determines all of a person’s traits. These genes, therefore, carry information about what kind of diseases someone might be predisposed to. For instance, you may have heard a doctor tell someone they have a family history of high blood pressure or thyroid and therefore should take better care of their health. Well with procedures like genetic analysis, blood analysis, and lifestyle analysis that are now available, you can figure this out with a certain amount of surety and thereby take preventative measures accordingly without having to shoot in the dark.

The reason why genetic analysis is so important and groundbreaking is that the human body has around 20,000 genes and the mutation in any of these genes on their own or in a combination with others can result in disease. So analysing your genetic code can actually help understand where the mutation happened. And this has far-reaching implications not just for the regular Indian but also for all branches of medicine. Because this is information that can help doctors give a better prognosis for a disease. For instance, if someone has a parent or grandparent who suffered from cancer, the predictive health analysis from genetic testing can actually help doctors figure out the patient also has the genetic predisposition for the disease. This can help them take preventive measures, making it a lot easier for them to even deal if this is something they can’t avoid. There are plenty of examples in mainstream media of celebrities who have done this successfully. One celebrity who comes to mind is Angelina Jolie who got a double mastectomy done after the results from her genetic testing procedure revealed she possessed the gene that put her at a higher risk for breast cancer and it was passed down from her mother’s side.

Although the Indian market is not as developed as let’s say the United States, where you can get genetic analysis as well as screening on a day-to-day basis, it holds a huge potential.  Compared to 5 years ago, when the market for it was nearly non-existent in India, the industry has risen to a market share of over 500 crores and is growing at 30% annually. This is a sign of how far genetic testing has come in India, with an increasing number of tests being done here and a lot of them costing half as much as they did five years ago. Moreover, tests that took weeks can now be done in days.

Its further rise in popularity can be addressed to the discovery of new ways in which genetic testing is helping people in their day-to-day lives. Predictive health analysis, which is becoming a popular tool amongst many individuals concerned for their health, is making use of genetic data to provide users with actionable insight that can have serious implications on their healthcare.

Post the pandemic there has been a rise in the level of health awareness in the country. People are now looking for healthier lifestyle changes and attempting to lead more holistic lives. The problem here is that most people approach healthy living from a one-size-fits-all approach but in reality that is not how it works. For instance, a lot of people go on crash diets or rigorous workout schedules to try and lose weight without first understanding why they’re gaining weight in the first place. It could be simply because of a sedentary lifestyle or it could be another issue altogether like having metabolic issues that are leading to the condition, or it could be a deeper issue still such as a hormonal imbalance. When people dive headfirst into lifestyle changes without first understanding how their body will react and whether the said change will even work for them or not, they might be doing more harm than good.

This is where predictive healthcare is a game-changer. By studying and analysing a person’s genetic data pool, it helps in identifying those key areas where the problem actually exists. Accordingly, lifestyle and habit changes can be suggested that the individual can then easily incorporate into their lifestyle and achieve better results sustainably in a shorter time.

In fact, bringing about lifestyle changes to help people lead healthier lives is one of the biggest advantages that genetic analysis can offer on an individual level. The promise this field holds is immense. Its ability to provide in-depth analysis of a person’s health from multiple sources is second to none. From identifying lifestyle trigger points that prompt certain genes in our body to react in a particular manner to predicting how they might impact one’s health in the future, predictive healthcare has a huge potential in shaping healthier lifestyles that are specifically tailored to our individual needs.

Other uses of genetic testing include carrier testing which helps in identifying people that carry one copy of a gene mutation which, when present in two copies, can cause a genetic disorder. This type of testing is being offered to individuals who have a family history of a genetic disorder and to people in certain ethnic groups where consanguineous marriages are prevalent, giving rise to millions of individuals from the same ancestral line suffering from single-gene disorders.

In every case, such tests can provide a sense of relief from uncertainty and help people make informed decisions about managing their health. Take, for example, one negative result that can eliminate the constant need for unnecessary checkups and screening tests in some cases. And a positive result, in contrast, can direct a person toward available prevention, monitoring, and treatment options.

Apart from individual betterment, genetic data is also enabling law enforcement agencies to function more optimally. Forensic testing, which uses DNA sequences to identify an individual for legal purposes, has developed into a sophisticated tool for solving crimes or helping catastrophe victims, for ruling out or implicating a crime suspect, or establishing biological relationships between people in case of disputes, among other things.

Since the industry is still in its nascent stages in India, there are of course challenges that still must be dealt with. For instance, scores of people who can be helped by genetic analysis are unable to avail it, either due to lack of awareness or owing to the expenses involved. Further to this, the tests generally available are modelled on the European or American populations, hence, limiting their accuracy for the Indian population. This problem can only be solved by increasing the amount of genetic testing in the population to create an India specific database of genetic markers and their implications. This would also unlock precision medicine for our population where medications for a range of disorders are provided basis an individuals genetic profiles so as to maximise the efficacy and minimise the side-effects of a drug.

The increased accessibility and affordability of genetic analysis and preventive healthcare are slowly showing the possibility of how the healthcare system in the country can evolve to not only provide early diagnosis to patients but also better prognosis along with curative or preventive treatment. In the years to come, this could help people increase life expectancy, find better treatment options, and live overall healthier lives.