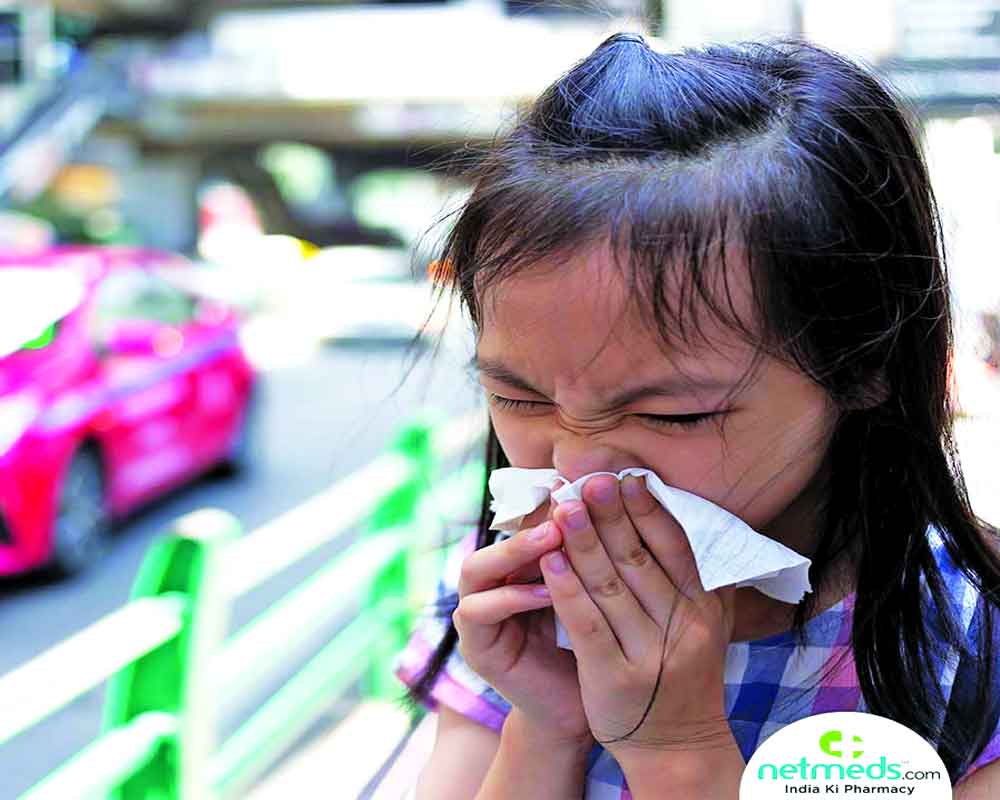 A study of school children conducted by University of Rochester Medical Center researchers has found that a majority of children with asthma also reported having allergic rhinitis, or hay fever. Symptoms of hay fever include runny nose, sneezing, congestion and sinus pressure, and can contribute to asthma. The HEALTH PIONEER shares details of the study.

The study, led by Jessica Stern, an assistant professor in the department of Pediatrics and division of Pediatric Allergy and Immunology, found that children with both asthma and hay fever had worse asthma outcomes. Not only this, half of children diagnosed with both asthma and hay fever were not receiving proper care and medication for their condition

This study reviewed data from three NIH-funded trials (led by Jill Halterman, professor in the department of Pediatrics) of 1,029 Rochester school children with asthma. The primary goal of the trials was to evaluate whether providing children with preventive asthma medications in school would improve their asthma symptoms. While most children participating in these trials had improved asthma symptoms when they received their medications, a subgroup of children did not improve. This prompted the researchers to look at other health concerns that might have prevented the children from having a full treatment response.

“Through our study, we found that many of the children who did not report improved symptoms had allergic rhinitis in addition to asthma, and these children had more asthma symptoms, used their rescue medication more, and missed more school days compared to those without allergic rhinitis,” said Stern.

Importantly, less than half of the children with hay fever were receiving proper treatment for their symptoms, including nasal sprays and recommended anti-histamines; nor had they been seen by asthma or allergy specialists.

“This is critical because it highlights gaps in care and needed treatments, which may contribute to the disparities in asthma outcomes that we see in children who primarily identify as Black or Latino, or are from low resourced communities,” said Stern. “These findings also encourage a focus on contributing environmental factors and the social determinants of health for these children. The burden of allergic disease is often under-recognized and undertreated in historically marginalized populations, and we have an opportunity and obligation to address this to improve outcomes.”

Dr. Stern will be continuing this work to understand the multiple influences in a child’s life that impact their asthma. She has grant funding from the Robert A. Winn Diversity in Clinical Trials Career Development Award, NHLBI, and the URMC Quality Institute.

“We are working to create a comprehensive, multi-disciplinary approach to overcome structural obstacles to equitable care for children with asthma. This will involve collaboration with caregivers and patients to plan systems of care that work for them. We understand that families are the experts, and we have to listen to what they think,” said Stern.

Hay fever, also called allergic rhinitis, causes cold-like symptoms. These may include a runny nose, itchy eyes, congestion, sneezing and sinus pressure. But unlike a cold, hay fever isn't caused by a virus. Hay fever is caused by an allergic response to a harmless outdoor or indoor substance the body identifies as harmful (allergen).

Common allergens that can trigger hay fever symptoms include pollen and dust mites. Tiny flecks of skin shed by cats, dogs, and other animals with fur or feathers (pet dander) also can be allergens.

Besides making you miserable, hay fever can affect how well you perform at work or school and can generally interfere with your life. But you don't have to put up with annoying symptoms. You can learn to avoid triggers and find the right treatment.

Hay fever symptoms can include:

Your hay fever signs and symptoms may occur year-round or may start or worsen at a particular time of year (seasonal).

l               Dander from pets, which can be bothersome year-round but might cause worse symptoms in winter, when houses are closed up

l               Spores from indoor and outdoor fungi and molds, which can be both seasonal and year-round

When to see a doctor

See your health care provider if:

*You can’t find relief from your hay fever symptoms

l               You have another condition that can worsen hay fever symptoms, such as nasal polyps, asthma or frequent sinus infections

l               Many people — especially children — get used to hay fever symptoms, so they might not seek treatment until the symptoms become severe. But getting the right treatment might offer relief.