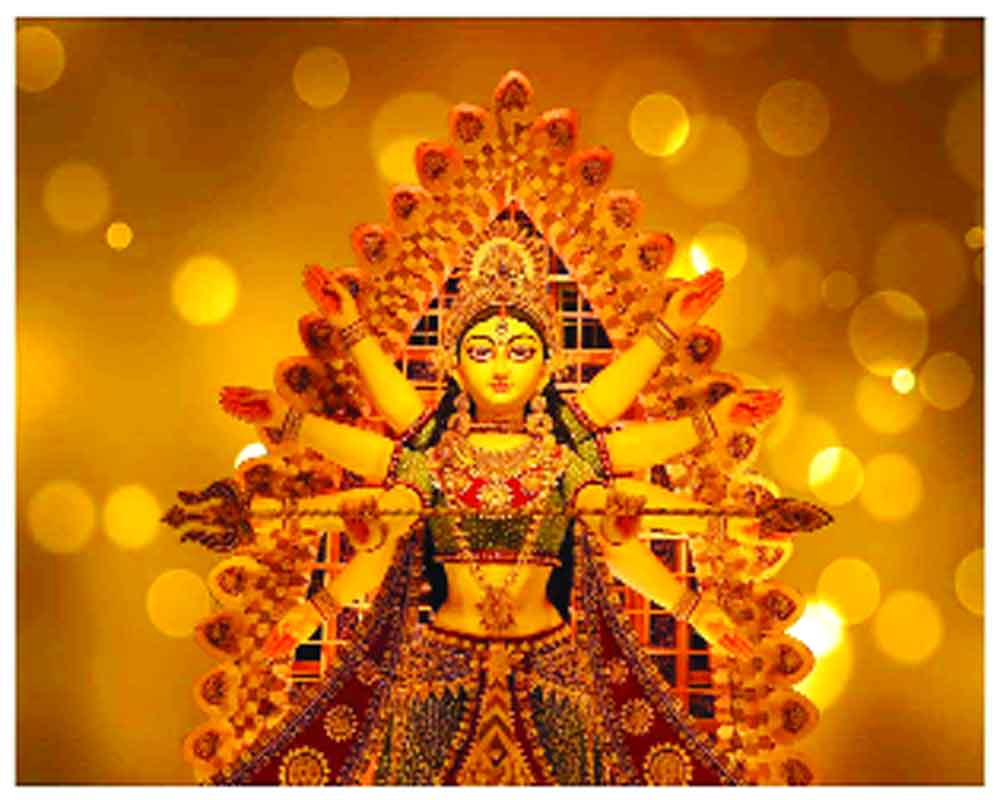 Greet you all on the solemn occasion of the ongoing Shardeya Navaratra. The preparation for the 9-day festivity began on Mahalaya, coinciding with the conclusion of the Shradha fortnight, assigned in the annular calendar to make offering to our ancestors, to whom we owe our existence. The occasion signifies remembering continuum in life’s journey. As per Indian philosophy, a being is structured into three layers – causal, subtle and gross bodies. Life’s journey doesn’t end even after death. It is just the gross body that disintegrates. The causal and subtle bodies, being pure energy formations, remain intact, and move on to reincarnate afresh. It is difficult to prove in real terms such subtle transformations, major part happening in imperceptible domain. Imperial evidence, however, bear testimony to this truth. In a way, we prepare ground for return of the departed beings to the live world with a new body encasement. So, death is just a process through which a being drops the incapacitated gross-body to acquire a new form with fresh vigour and strength. Hence, the importance of Shradha fortnight. Having finished this task, we prepare ourselves for the 9-day festivity to follow.

Mark the timing of the festive period. The cosmos undergoes major transition. Sun, the major energy provider in the cosmos playing from the front, moves towards the farthest end from the part of the world we live. During its sojourn in Southern hemisphere, it leads towards the Western horizon. Our place of abode, on the other hand, is located towards the Eastern horizon in the Northern hemisphere. Evidently, solar intensity available to us during this phase would be at its lowest. That causes a seasonal change – from rainy to winter – which comes with its own challenges. During this transition phase, the body shall have to adjust with the callings of the emerging weather. A new crop cycle also begins. Even otherwise, life won’t move without confronting challenges. For, no motion can take place without meeting resistance on the way.

We, therefore, need to be geared up to face the callings of emerging times in all strength. The whole 9-day festivity is designed with the above end in view. We observe austerity, keeping away from worldly temptations. Follow a controlled food regime, in order to rejuvenate our body mechanism that could withstand the callings of new weather cycle. We then submit ourselves to a prayer regime meditating on the concept of Mother Goddess Durga, the beholder of Shakti. It needs to be appreciated here that the universe owes its dynamic existence to nature driven energies (Shakti) – creation, sustenance and recycling all included, at all levels of existence. So long Shakti keep doing their rounds in the cosmos, they act involuntarily, strictly following nature’s programme.

The same energy, however, acquires a different dimension altogether when it comes to human application. For, human beings could guide their actions by choice and discrimination. They, thus, qualify to apply Shakti as individually wished, the probability of destructive use remaining no less than its productive potential. For, each being is born unique carrying varying individualistic mind-trends often in conflict with each other. So, Sakti, when operative at human level, turns out to be a double-edged weapon.

Now, how to ensure productive application of Shakti, overriding all individualistic vulnerabilities, coming as they may with one’s unique nature? The answer evidently lies in having exposure to the Shakti concept identified with the imagery of Mother Goddess Durga. First, the name “Durga” itself. It means something available with great difficulties. For further clarity, a look into the legend pertaining to the making of the mother becomes imperative.

As the legend goes, the Rakshas (devils) drove away the Devatas (shaktis vital to life) from their place of abode. The Devatas then sought help from Brahma, the God personified for creation. Brahma led them to Lord Vishnu, the God-personified assigned with the task to administer. Realising that enormous power is needed to counter the might of Rakshasas, Vishnu in turn, led them all to Lord Shiva, the epitome of Shakti. Shiva asked them all to share their individual Tejas (Shakti- radiance). Their individual shakti-s put together turned into a huge fire pool, out of which emerged the all-powerful Mother Goddess The devatas also offered their respective weapons for Mother’s use. She then took on and humbled all the demons. She, however, didn’t do it single-handed. She is assisted by many other Goddesses in Her mission, all of them originating from the mainframe of Durga herself, who, after completing their respective tasks, reverted-back to their main source-frame.