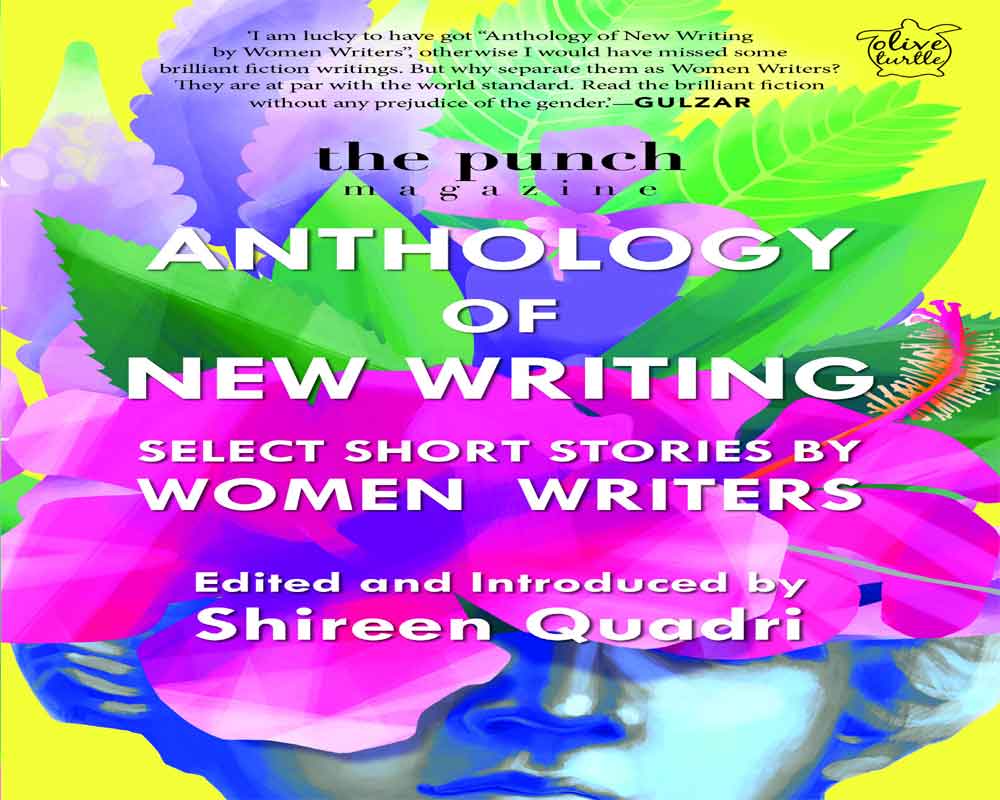 The  Anthology of New Writing is a collection of well-crafted short stories by some of the finest women story tellers from across the world . The stories resonate with the cultural moorings of the places they are set in.

A new anthology of short stories brings together women writers from India, the US, the UK, and Canada. The Punch Magazine’s Anthology of New Writing, edited and introduced by its founder and publisher Shireen Quadri, features 18 stories by both emerging and established writers. It has been published by Niyogi Books. Founded in January 2017, The Punch Magazine has been publishing short stories — along with poetry, creative nonfiction, interviews, and reviews — by writers around the world every month. The anthology was conceived to celebrate the short fiction genre. While the form’s origin is as old as human civilization, the genre flourished during the nineteenth century, with several modernist writers showcasing its subtle power through their landmark stories.

The stories in this anthology resonate with the cultural moorings of the places they are set in and are often laced with the writer’s lived experiences. They throb with the rhythm of the daily life of their protagonists - their inner struggles, existential angst, and anxieties.

There are stories that centre around the memories of early crushes,  adolescent romance, and others that dwell on the passage of time with all its attendant ravages. Stories rooted in family traditions are also a part of this anthology.

Short fiction condenses the human experience and yet is able to capture its depth. These short stories show us how they compress the composites of life as well as expand its complexities and contradictions.

Ameta Bal’s ‘Static A.D', has a first-person narrator that tells the tale of isolation and loneliness. The story was written much before the pandemic, but it has an uncanny resemblance to the lockdown situation. Anila S.K’s ‘A Tale of Disconnect’ is about a dysfunctional marriage and the gods who never answer. Anjali Doney’s ‘Pandemonium’, is about an unfulfilled college romance, full of emotions and mush. In Camilla Chester’s ‘Terms and Conditions', the protagonist Laura Pimpleback, discovers her childhood dreams and her wishes coming true.

Vineetha Mokkil’s ‘Sunday, Bloody Sunday’, the narrator, Tara Bakshi finds all hell breaking loose as she disclosed to her family her intentions of marrying a fellow civil servant outside her community. Vrinda Baliga in her story ‘Crossing’, delves into the issue of illegal immigrants who risk their lives for a prosperous future.

Geetha Nair’s ‘Falls’ is a tale of love and betrayal. The story goes back from the present into the past, revealing the sequence of events.

London-based prolific author Helen Harris writes a story about food and family bonding. Her story, ‘Olya’s Kitchen,’ is set in the nineties. The narrator, Nicholas, recalls his Russian grandmother and her penchant for cooking and feeding her grandchildren.  He chooses a career in the food business cooking authentic Russian dishes to pay homage to his beloved grandmother after she passes away.

Three stories are set in Kashmir. Humra Qureshi’s ‘Kashmir Valley’s Soofiya Bano’ draws on the flood fury of 2014, in which the water brings the son back to his mother from police custody. Independent journalist Meena Menon’s story ‘The Closed Cinema’ is about Firdaus Cinema, located on Srinagar’s busy Lal Chowk road, which has been closed for several years.  ‘The Vacation’ by Shilpa Raina, is about a Kashmiri Pandit couple, and their struggles after they were forced to leave their house in Srinagar during the militancy. The wife steers her family through depravity and loss as they live in a state of permanent exile.  Rochelle Potkar’s story ‘Honour’ is about a young washerwoman Purna who works at Mumbai’s dhobi ghat. Her family responsibilities is what she  lives for.

Latha Anantharaman’s ‘ delicately structured ‘The Very Narrow House’, set in Palakkad(Kerala), is about the reclusive family of a sub-priest at the temple. The story is woven beautifully and has a dash of suspense and drama.

Jayshree Misra Triparthi’s ‘Indigo Blue’ employs the device of ‘story within a story to explore both parallels between past and present.

In Meher Pestonji’s dark yet funny tale ‘Ghost’,  young Kaizad who loves to play ghost and scare his little sister, unwittingly invites trouble for the family. Tammy Armstrong’s ‘Artichoke’, set in Rome, foregrounds the flawed approach to a researcher’s quest to understand the painter as opposed to his co-traveller.

In Rinita Banerjee’s ‘The Dance of the Happy Muse’, a young man seeks temporary solace in art when family responsibility feels heavy to bear.

Sarah Robertson’s lyrical ‘Marietta’s Song’, is about the magic notes of a magical song - ‘enough to lift the dead along into a world of passionate flight, with pre-dinner martinis every night’ - played on piano by a miracle man.

The Punch Magazine has published several short stories in the digital format since its inception to bring a tangible collection where many high-caliber writers’ works have been showcased. The stories take us along the wears and tears of life, dwelling on the characters’ experiences and memories of their many pleasures and pains suspended in the continuum of time. The anthology’s editor Shireen Quadri is the founder and director of Punch Art and Cultural Foundation, which endeavours to chronicle the proliferation of arts, literature, and culture in India and globally. She writes, “The short stories by contemporary women writers show us how they compress the composites of life as well as expand its complexities and contradictions.”

The Punch Magazine promotes the best of literary and cultural traditions around the world. For this anthology, they were looking at good storytelling, the quality of its narration, language, and stories that reflected the human condition in general and had a deep resonance with the times we are living in.