Talktime | ‘For me, birju maharaj ji was not only A GURU BUT A GREAT ARTISTE TOO’

Talktime | ‘For me, birju maharaj ji was not only A GURU BUT A GREAT ARTISTE TOO’ 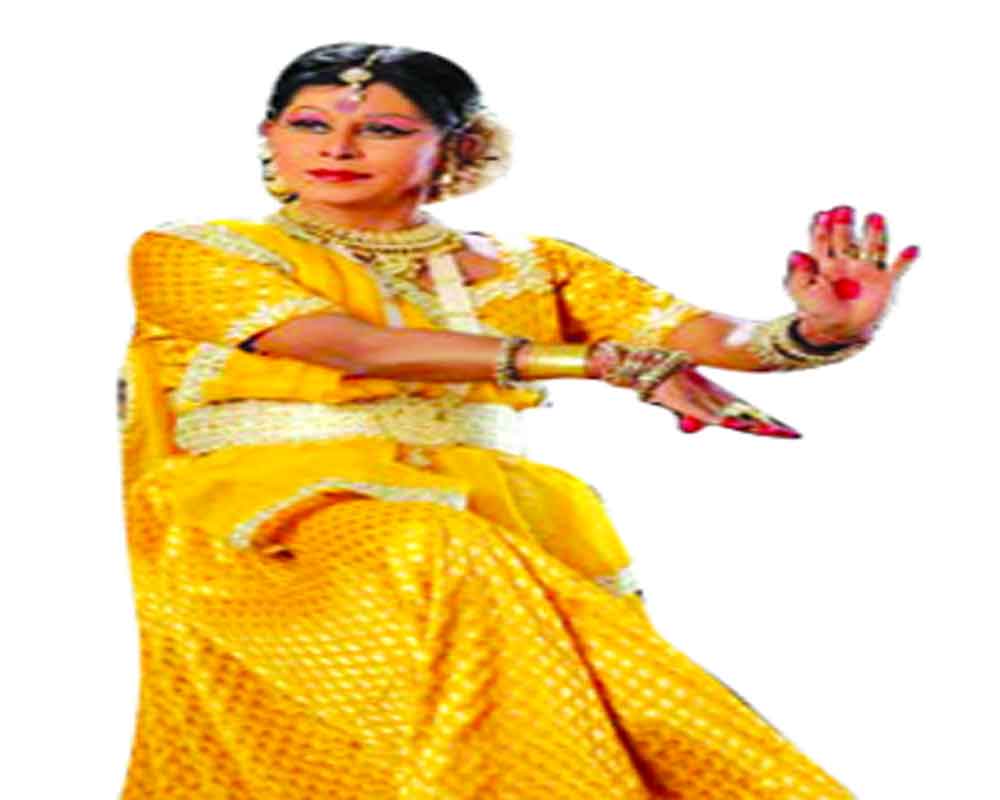 Shovana Narayan | The kathak dancer, who is a Padma Shri awardee and a recipient ofover 40 other national and international awards, speaks with SUPRIYA RAMESH about her recent book, Kathak Lok: Temples, Traditions and History among other things

What was the inspiration behind writing the book?

As a dancer, having learnt from great maestros and have been a professional performer on stage for more than 60 years, the existence of Kathak villages came as a surprise. This sparked off a curiosity to learn more about it, the reason for its name and the significance of the name. Eventually it became a research project for each information led to a new set of doors and information. Finally, we shared our knowledge with everyone through the book Kathak Lok: Temples, Traditions and History with a DVD Kathak Lok of Kathak Villages based on this research.

This research has been a great learning experience for we came to know how the popular narratives of today—narratives and mindsets that we all have grown up to believe as true and as historical truth are actually far removed contrary to ground realities and practice. We learnt about the ancient practice of the Kathak Lok as recorded in ancient shastaras, gap between theorists and practice especially when speaking of the term Kathak, temple traditions and role of the Kathaks (Kathak community), caste factors, kinds of patronage,  strict adherence to primary sources and original archival records to comprehend the gaps between recorded archival history and popular narratives and beliefs, etc.

What does the passing away of Pandit Birju Maharaj means to you personally and to the world of kathak?

To me, the death of Maharaj ji was like losing a friend, a guru, an anchor and a great artiste — an artiste, who had taken kathak to new heights of aesthetics and excellence.

Tell us about your bond and experience with Pandit Birju Maharaj.

I started learning from Birju Maharaj ji in 1964 being one of his most early disciples. Later from 1970, he started getting a whole battery of disciples. So, in a way we all grew and evolved together. For me, he was not only a guru but also a great artiste who was extremely versatile, innovative, creative, forward looking while being completely grounded in tradition, not wearing tradition like a mill around his neck. In later years, he was a great friend.

Where do you think India stands when it comes to classical dance?

India, in any terms, shines like a unique brilliant star in the horizon of classical dance. It is here that the classical dance forms are considered to be bhakti yoga—path to spirituality and worship; it is in this sub-continent alone that our deities are also revered as classical performing artistes. In its delineation, it breathes the fragrance of our Indian philosophy and practices of life such as yoga.

What would you like to tell the next generation about kathak?

I think all generations present, next and all generations to come in the future should know of its rich kathak heritage, a heritage that goes back to Samveda, a community of Brahmin Temple Kathaks who sermonised with use of mime and movements, whose practices find reflection in the codifications of Natyashastra and the Abhinaya Darpan, and that popular narratives and mindsets are far removed from actual ground realities. It is a form that breathes the philosophy of our country.

How did the pandemic affect dancers and musicians?

The world of classical performing arts, while being badly hit in economic terms as most had no source of livelihood, yet in the face of all obstacles and challenges, their positivity and creativity saw them learning new medium of online, sharing their creativity with the rest of the world sinking in the vortex of depression and thus bringing moments of happiness and joy in such lives. Many artistes if not all, inter-connected with lives across the globe, teaching online, holding seminars, discussions, and performing too. But the question that needs to be reflected upon is while receiving solace from the creativity of performing artistes, how many of the general public even spared them a thought about what these artistes must be going through. Isn’t it a pity that a country where we revere our Gods and Goddesses as performing artistes, the general public thinks art and artistes are unimportant? I refer to the survey of 2020.