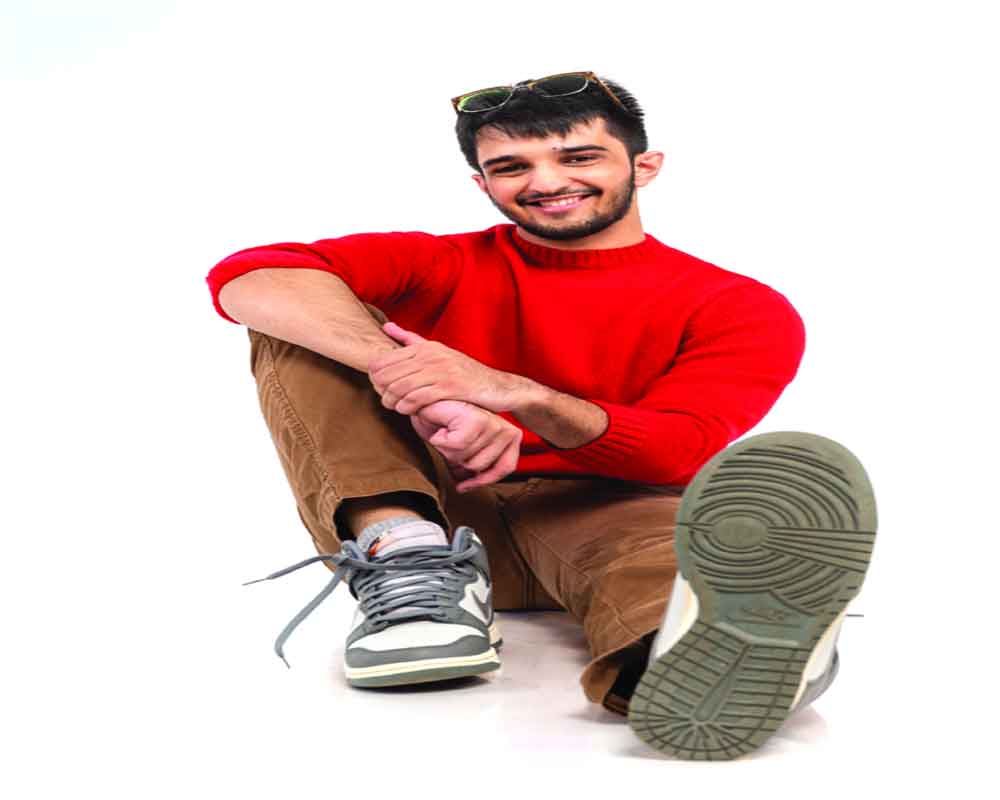 MARKAND SONI | The actor, who has been acting since the age of 3, has done more than 400 ads pan India for brands like Surf, Tide, Britannia, Coca Cola, Burger King, Jinaam, among others. He speaks with SUPRIYA RAMESH about his role in Brahmastra: Part One—Shiva, how he landed the role and more

How did it feel to work alongside a few of the biggest names of the Indian Cinema?

It’s an amazing experience! There’s so much to learn. They’re all really sweet. Working on the project taught me things that will make me good at what I do but most importantly, it taught me how to stay grounded. Amitabh sir, Ranbir, Ayan andAlia are the people with so many achievements in life, yet so grounded. Working on Brahmastra: Part One—Shiva was truly a magical experience.

How did you land the project? Were you skeptical to take up this role?

I got a call for an audition and I auditioned twice. Later, I got a call informing me that I have landed a role.

I was told that Ayan Mukerji is going to direct it and I’ll be acting alongside Ranbir Kapoor, Amitabh Ji and Alia and that it’s going to be a fantasy, action and fiction sort of a superhero film. It was an instant ‘I have to take up this role’ moment for me and I could not be skeptical about it.

You have a lot of scenes with Ranbir and Amitabh ji. How was the bonding on the set?

Ranbir is one of the sweetest people I’ve met. He’s someone anyone can instantly vibe with. Even Amitabh sir is very sweet and amazing to work with and the zone was always a really fine balance of seriousness when it was needed and then super fun and chill and light during the breaks.

Tell us something about your role.

My character is the smart guy. He has no powers, but he’s the smartest in his group. I’m basically the nerd in the group who knows things.

What is your fondest memory of the set of Brahmastra?

I have a lot of memories from the set. I made some really good friends. There are three other really amazing actors and people along with me in the film and I’m so happy to now have them as friends and have worked with them. All the places we shot at were some of the most beautiful places I’ve ever been to in my life.

Having been working since the age of 3, which was the most interesting phase for you?

I have sort of  seen the industry change—trends and culture. I think this phase, the current one, is the most interesting because we’re doing things as an industry that we’ve never. And I am also working to step out of my comfort zone and do something I’ve never done.

I as a child, have done a few ads with Shah Rukh sir. And I think most memories that stand out are with him. I remember the time I walked up to him and asked him to quit smoking and he very politely put the cigarette out and stopped and wouldn’t smoke in front of me the entire time we shot. And the other time when he got a gift for me, it was a board game, a really nice fun board game. It’s just a board game but it’s a sweet gesture and for a 8-9 year old kid, I mean he didn’t have to but he did at the end of the shoot.

I am releasing my music in September. I am so fortunate that I got to work with Hriday Gattani, who works with A R Rahman sir. I also have a few singles that I’ve

co-written with him and he has produced and I’ve sung. That’s the next major, big project in life.