Talktime | ‘make unique content and put your heart into it’

Talktime | ‘make unique content and put your heart into it’ 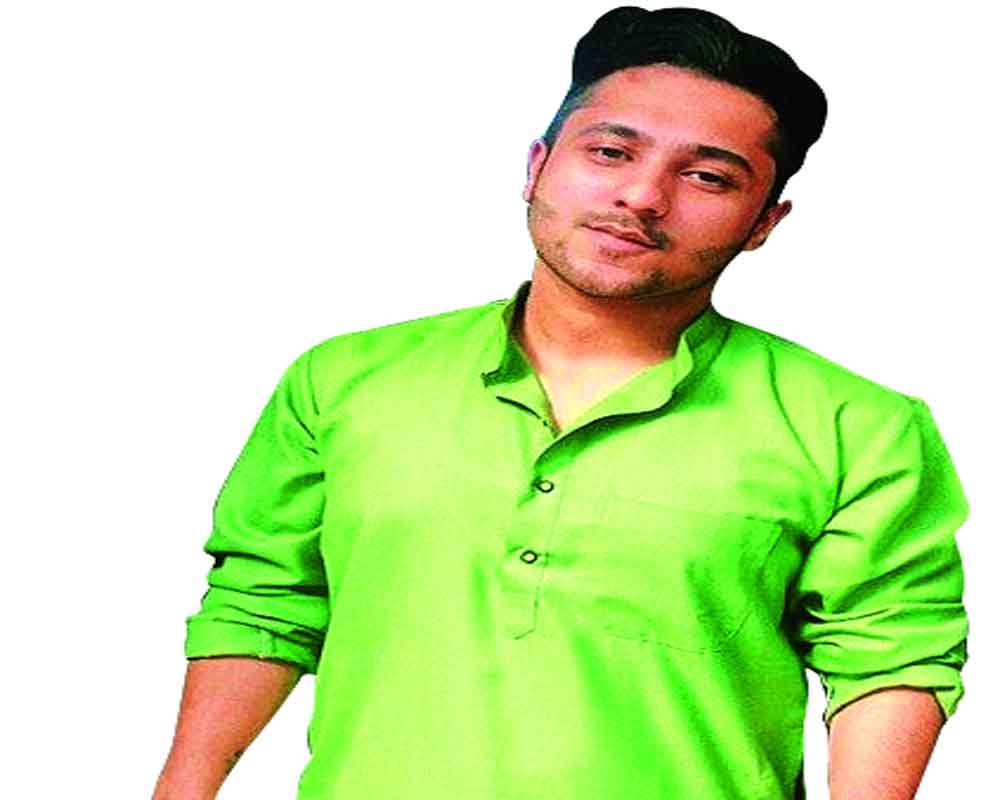 HARSH BENIWAL| The actor, who plays Sudheer in MX Player’s Campus Diaries speaks with Supriya Ramesh about the show, how he found his knack for comedy among other things

What is Campus Diaries about?

It's a college show that depicts the life of our students where they bunk classes and indulge in ragging. They have their experiences with toxic relationships, love, drug abuse, caste discrimination which is showcased elaborately.

I am playing a Haryanvi guy whose name is Sudheer. He is a character for which friends come first and is a jack of all trades. His head is always into getting things done somehow as he throws around promises and then strives to complete them. He finds validation in people's good will.

According to you, how much can one college student relate to the show?

College students can definitely relate to it because it has everything that happens or happened in a person's life during the college phase. Say love, studies, friends, canteen etc. A whole lot of people would relate to it.

How nostalgic was it for you while shooting it?

One example is that when you are sitting in the canteen and you order things in your friends name and let them pay the hefty bill. Back in the day we used to do that along with bunking lectures and falling head over heels love with a beautiful woman even one sided affections. I was pretty nostalgic while doing this project.

How did you find your knack for comedy?

When I was starting out, I wanted to act but realisation hit me like a truck. Acting is a vast department with many disciplines such as thriller, drama, comedy etc. When I made my first video I loved comedic stuff in general as I was with my friends, cracking jokes. I gained significant interest with that and thought that comedy is something that the majority of people love and enjoy. So, I thought I have to do this and then I didn't stop. Luckily, my audience started increasing along with my work so I ventured into it and started exploring the genre of comedy. That's why I created new characters and then kept going further in small calculated steps.

What would be the one thing you would like to tell the aspiring youtubers or someone who wants to do comedy?

I would like to convey that if you want to become an actor like I did and are passionate about it, make your content exclusive for the people who appeal to it. Make sure that your work has the widest reach and leaves people talking about it. This is what happened in my case, where I potrayed myself as an actor and wished to get offers just like that. So, make unique content and put your heart into it with a touch of perfection. If you have talent and potential, things will surely start moving in the right direction.

What were the challenges while doing the show?

One challenge was that in this show I had to play a guy from Haryana. I know how to speak Haryanvi but I didn't want to speak it so purely that people don’t understand it altogether. North Indians can relate to it but citizens from elsewhere would not understand that. The challenge was to keep that accent but keep the Hindi speaking audience in the light. So the audience can relate to my Haryanvi but are not left in the dark altogether. I have said some typical Haryanvi words so that they understand new slang words but made sure not to go extreme with the dialect.

I am sure you kept your co-stars entertained throughout the shoot. Tell us about your experience with them?

I enjoyed and made so many memories while I was shooting for this project. I can wholeheartedly say that I now have five new friends and more. The cast has some phenomenal actors and honestly, I had so much to see and learn because they have have so much experience with their ventures in the industry.  When they are with you, you get to learn new techniques and realise new ways of potraying events. Whenever I go to Mumbai, I make sure that I meet them and they have promised to do the same when they come to Delhi.

What are your upcoming projects?

There are multiple projects that are being worked on. Unfortunately, due to the embargo I can't open up about them. But I assure you that I will keep my best foot forward and entertain everyone like I usually do.