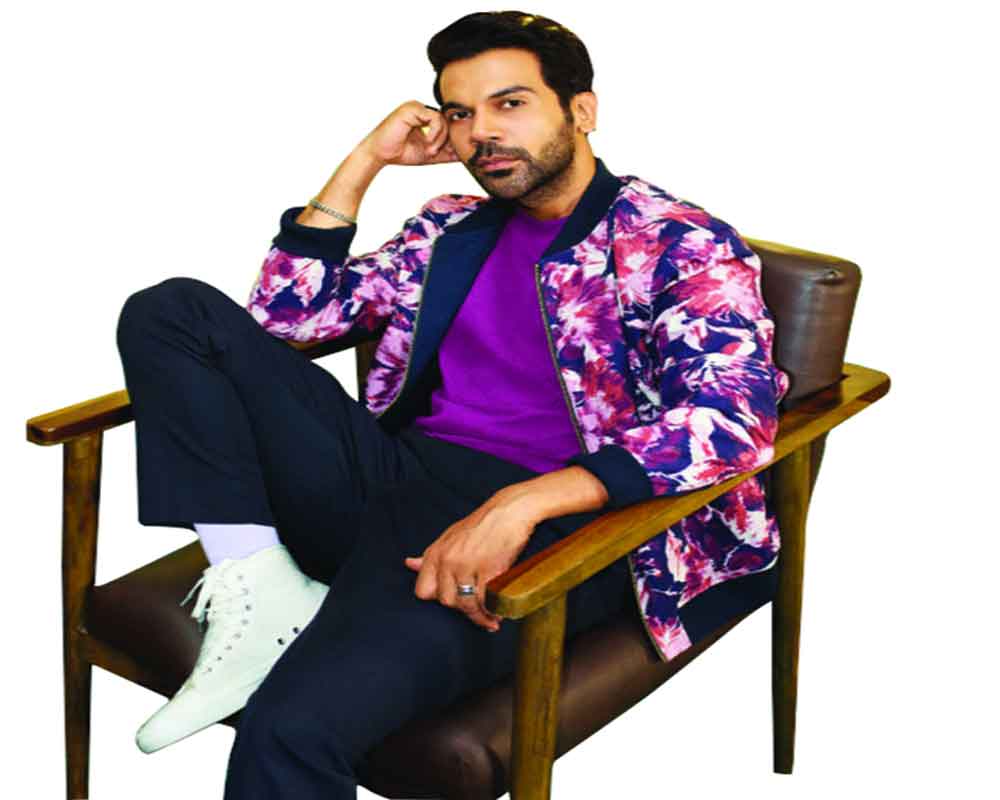 The actor, who is known for his role in films like Kai Po Che!, Queen, Stree, among others, speaks with SUPRIYA RAMESH on his reasons to say yes to his character in Badhaai Do, his transformation and his co-stars.The movie is set to have its world television premiere on Zee Cinema on May 28, 2022, at 2:30 pm

Badhaai Do’s story is set in the heartland of India. What are your thoughts?

There is a real demand for stories from the heartland. Audience today want to see real stories and characters on screen; the reason why we have more relatable and realistic cinema nowadays. It gives us the chance, as actors, to play a range of characters and get to tell stories from the small towns.

What I loved about Badhaai Do are the everyday conversations a typical family would have, presented smartly with a touch of humour around it. Right from the constant nok jhok at home to the pressure of getting married at the right age and how everyone gets involved in it. Most Indian families and couples, I think, would relate to it when they watch it. The relatability factor is what makes this film a perfect family watch.

Shardul on the surface seems like your regular next-door guy, what sets him apart? What qualities would you retain from his character?

Raised in a conventional Indian household, Shardul is trying to fit the stencils of the society. It really takes great strength to be someone like Shardul and I took back a lot from this role. In my character, I think, I would love to retain the purity and empathy that my character profusely had. I feel these are the two things that the world really needs more of.

Your look in this film is different from the usual characters you have played. How did you get into the character?

It’s a more distinctive look than what I have donned before. The film required me to don a chiselled physique, I do play a police officer after all. I have always believed in doing justice to the craft, with absolute authenticity. So, I very diligently followed my routine and kept a check on what I ate.

Apart from the physical transformation, the idea to play a role like Shardul is to bring in a great deal of empathy, understand and imagine yourself in the character sketch and try living and breathing in his shoes. It was something different and challenging to play.

Tell us about your experience working with Bhumi Pednekar?

Bhumi is one of the most hard-working co-stars I have worked with. She would always come fully prepared, she’d keep taking notes, was always open to new ideas and would always support me whenever I would want to improvise.

Apart from her professional side, she’s also fun to be around. I remember that on the set, we were constantly joking and pulling her leg and yet she was always such a sport.