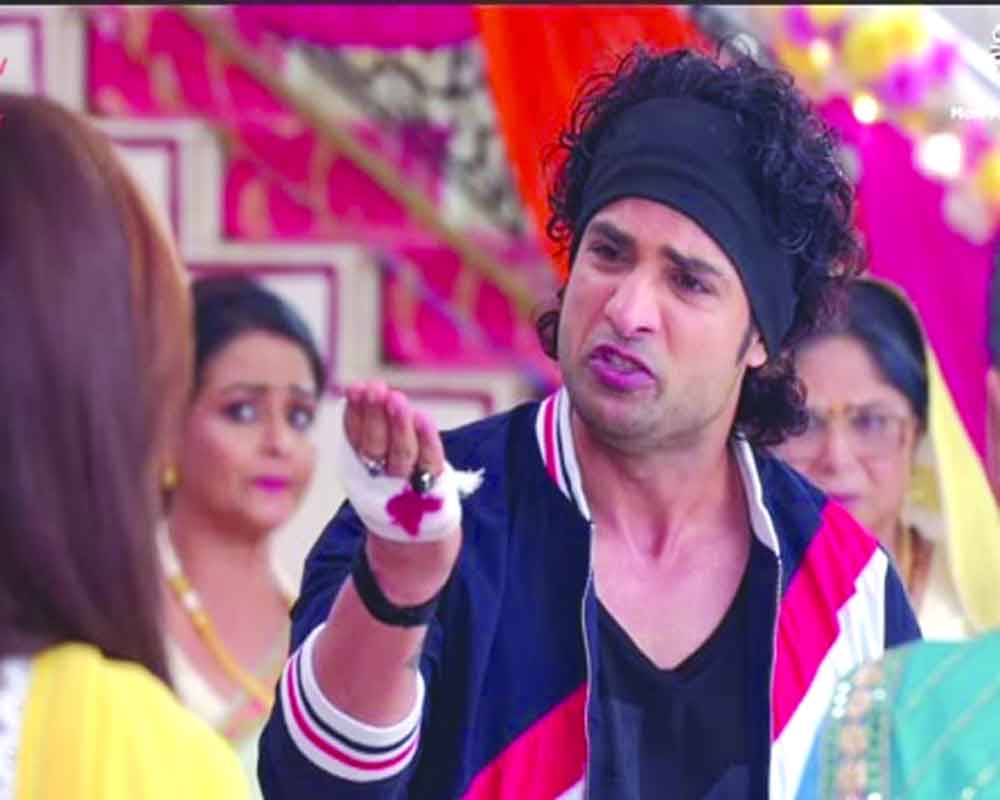 Drama is all you need

Zee TV recently launched a romantic drama - Aggar Tum Na Hote, that encapsulates the love story of Niyati Mishra (essayed by Simaran Kaur), who is a young, hard-working nurse, and Abhimanyu Pandey (essayed by Himanshu Soni), who is a charming, rich yet seemingly normal young man dealing with mental instability. Showcasing the extent to which a nurse goes to treat her patient, Aggar Tum Na Hote has managed to inspire viewers to love beyond boundaries. While the show seems to have already won the viewers’ hearts, the fans will now watch Himanshu perform a dangerous stunt on the show.

In the upcoming track, Abhimanyu will be seen creating a fuss in a busy market, embarrassing, and insulting Niyati in front of everyone. What will intrigue the audience more is the jaw-dropping stunt performed by Himanshu where he will be seen breaking a glass with his bare hands, only to express his agitation towards Niyati. In fact, the whole act was spontaneous, and even Simaran didn’t know that Himanshu would actually use his hands to break the glass.

Niyati said, “To be honest, I didn’t even know that Himanshu would actually go and break the glass with his bare hands. I was stunned to see him do that because usually, a trained stuntman performs these acts and not the actors.”

There are families, and then there’s a Satrangi family, signifying uniqueness, and diversity like each of the colors in the rainbow in its true sense. This Satrangi family is all set to entertain the audience soon on Sony SAB in the upcoming show, Sab Satrangi. With a fine blend of fresh storyline and unique characters, Sab Satrangi will take the viewers to  the picturesque city of Lucknow, to the Maurya household, an unconventionalfamily who share their joys, sorrows, dreams, and despite the differences, they hold on to each other and stay united.

The show revolves around, Mankameshwar urf Manu, played by actor Mohit Kumar. Manu is one of the most kind-hearted hardworking, resilient man you’ll ever meet, who believes that good things happen to good people and that if you don't harm or have bad intentions towards anyone, bad things won't happen to you. Manu is his Daadi’s laadla, the head of the Maurya family, played by Joyoshree Arora.

This week, Sony SAB’s Ziddi Dil Maane Na has arrived at a heartfelt moment where Sid (Kunal Karan Kapoor) asks Sanjana (Diljot Chhabra) out on a date in the most romantic manner ever. While Sanjana is ecstatic and looking forward to the date, her fiancé Kundan (Angad Hasija) is angry because she has refused to get married to him. Agitated and hurt, he calls Sanjana’s parents and tells them how their daughter has betrayed him and his mother’s trust and eventually convinces them to come to Devlali.

Sanjana makes up her mind that she will tell the truth to her parents and break off  this engagement.  Monami sees Kundan asking for Sanjana, she is shocked to find out that Kundan is her fiancé. While at a crucial juncture in her life, Sanjana is shocked to see her parents outside the academy. Amidst a series of arguments, Sanjana’s father is adamant on her and Kundan’s marriage.

Sanjana is in a fix. Will she give in to her father’s wishes or would take the bold step of stepping out of the marriage? How will Sid react to this? Stay tuned to find out.Pioneer