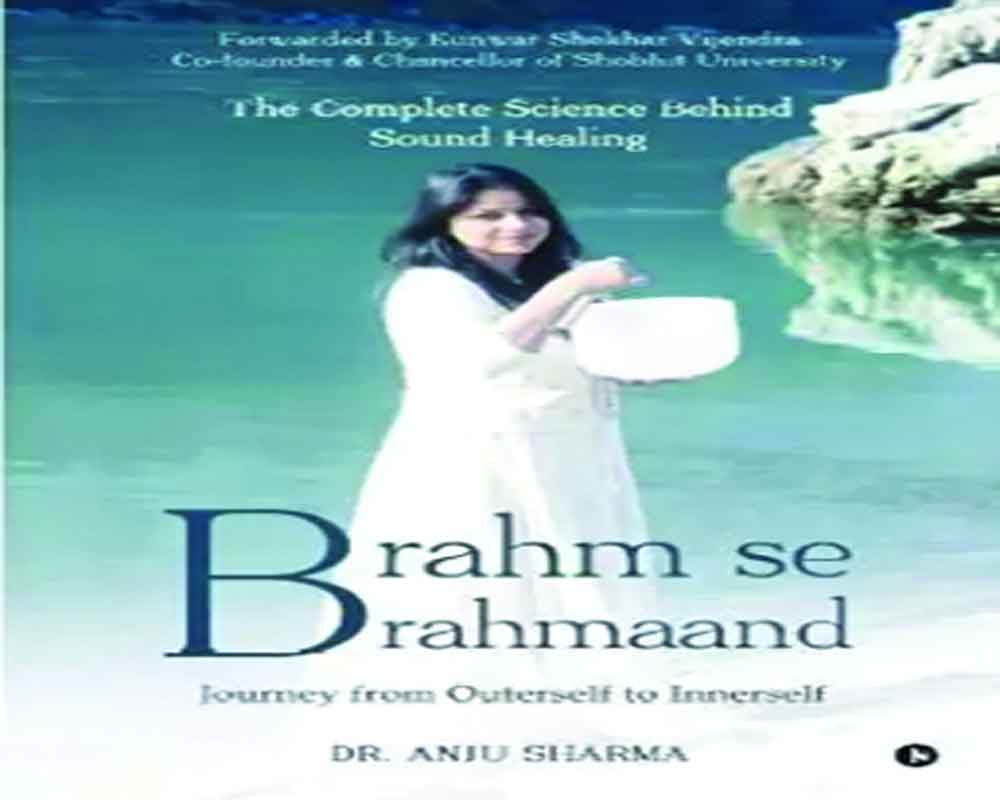 The concept of Sound healing as a form of therapy has been known for a long time, but it has not been put into practice effectively or widely. Dr. Anju Shamra’s Brahm se Bramhand tries to lucidly explore the magic of sound healing by spelling out the effectiveness of vibration on the human mind and body.

The book centres on the theme that everything in the universe is in the form of vibration including sound. The author claims that if we understand the impact of sound, 90 percent of the disease in the body can be cured because sound not only affect the surroundings but also the individual.

According to the author, the concept of sound healing is based on the idea that everybody creates a vibration that is resonant in a certain way. Claiming that vibrations healing is based on the idea that everything in the universe including our body is in the state of vibration, the author says that “ illness is caused by blockage which stops that organ  in question from vibrating at its healthy /optimum frequency.”

Explaining the logic behind sound healing, the book claims that sound healing works by sending sound waves throughout the body, which brings harmony through oscillation and resonance. This helps restore the body's balance, which in turn helps you heal.

Backing her claims with scientific data, the author cites a study published in 2017 that found that 30 minutes of sound therapy combined with traditional care after spinal surgery reduced stress and helped body cells repair-- and sometimes grow.

The book tries to drive home the point that sound therapy first heals at the emotional level, then at the mental level, and when the energy movement heals the mental blockage, then it automatically helps us in clearing the physical health.

Overall, an interesting book that tries to revive a concept that needed to be explored and practiced in the challenging modern times when stress is turning out to be one of the biggest health hazards.