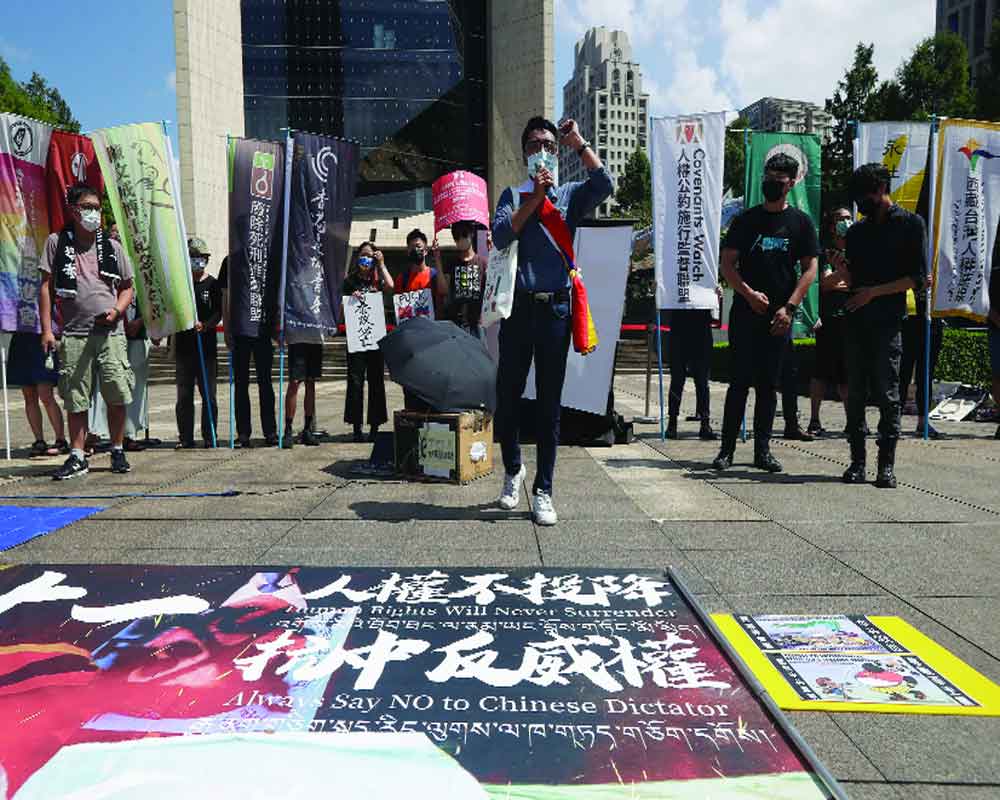 Western countries are leading a rare two-pronged push at the UN’s main human rights body to better scrutinise the human rights records of two big world powers: China, over allegations of abuses during an anti-extremism campaign in western Xinjiang, and Russia, over its government’s crackdown on dissent and protest against the war in Ukraine.

Going after two such influential UN members — two of the five permanent members of the Security Council no less — at the same time will be no small political task, diplomats and rights advocates say. It testifies to a growing rift between democracies and more autocratic countries, and is shaping up as a gamble of geopolitical clout, the outcome of which will resonate beyond the Geneva conference room where the Human Rights Council meets.

Some Western diplomats insist it’s now or never, and say it just so happens the two issues need separate attention. Britain, Canada, the US and the five Nordic countries are leading a call for council members to agree a debate at its next session in March on alleged abuses against Uyghurs and other mostly Muslim ethnic groups in Xinjiang. They aim to build momentum on an August 31 report by the UN human rights chief that raised concerns about possible crimes against humanity during Beijing’s anti-extremism drive in the region.

On Tuesday, 26 European Union countries — all of them except Hungary — floated a proposal for the council to appoint a “special rapporteur” on Russia, citing a string of concerns about mass arrests and detentions; harassment of journalists, opposition politicians, activists and rights defenders; and crackdowns — at times violent — on protesters against President Vladimir Putin’s war in Ukraine. Both issues will come up for a vote near the end of the council’s current session on October 7.

Intense backroom diplomacy is already underway. Developing countries in Asia, Latin America, Africa and West Asia make up the majority of the 47 current members of the council. Stalwart allies of China and Russia, including Cuba, Eritrea and Venezuela, are members, as is China itself. Western and European countries have 13 seats. Some European diplomats have expressed concern that the cultural, political and economic ties — even dependence — that many developing countries have with both Russia and China could torpedo the Western initiatives.

Alexander Pchelyakov, press secretary of the Russian diplomatic mission in Geneva, rejected the “politicised” Western proposal on Russia, insisting its “main goals are to punish Russia for pursuing an independent foreign policy course” and to divert attention away from the West’s own problems when it comes to human rights, economics and energy.

The proposal on China is for a simple debate, with no consistent monitoring of the rights situation, and is just about the least intrusive form of scrutiny that the council could seek. The call stops short of creating a team of investigators to look into possible crimes in Xinjiang, or appoint a special rapporteur — a proposal that is on the table with Russia.

John Fisher, global advocacy deputy director at Human Rights Watch, said recently that action on China and Russia are its top two priorities, and they amount to “no small challenge.”

“There was a time when states like China and Russia felt to be almost untouchable,” he said. “But it now feels that states of principle are finally saying ‘enough’ and standing up to those who would seek to disrupt the international rules-based order.”

“Even the fact that these initiatives are under active consideration — and quite likely both to move forward — is itself a signal of the relevance and engagement of the Human Rights Council,” Fisher added.

Western diplomats appear to feel more confident about success with the Russia measure. The council has little power to force countries to act, and there’s little certainty that Moscow would even allow an outside UN-backed monitor into Russia as part of the post  if the council seeks to create it. The Xinjiang debate proposal is shaping up as the bigger ask, diplomats say. The situation is perceived, rightly or wrongly, as a less pressing one than in Russia, where a crackdown is continuing. China, ever-protective of its reputation as its global profile and power rise, has said it has largely shuttered what it called training centers in Xinjiang — and what critics derided as detention centres.

One Western diplomat whose country backs the debate on Xinjiang, speaking on condition of anonymity because of the sensitivity of the matter, insisted the proposal was a “measured” response. Some supporters of China fret that the plan for a springtime debate is secretly just a foot in the door — a quiet effort that will aim to ramp up pressure on Beijing later on.

A key test will be with Africa, whose countries hold 13 council seats. Some have populations that are predominantly Muslim. Nicolas Agostini of DefendDefenders, an NGO that promotes human rights in East Africa, told reporters recently that it estimates most African countries will abstain in the Russia vote, but maybe one or two — “we identified Malawi and the Gambia as the two most progressive African states that are members of the council right now” — will vote yes.

“Regarding China, it’s much more complex,” he said, alluding to “extreme Chinese pressure on African states, including members of the OIC that are African states.” One African diplomat, also speaking on condition of anonymity because his country is still calibrating its response, said it has a “principled and objective approach” on the China resolution. “We will have to consider our bilateral relations with the Chinese,” the diplomacy said coyly. “We’re not just going to jump in there (in support of the draft decision).