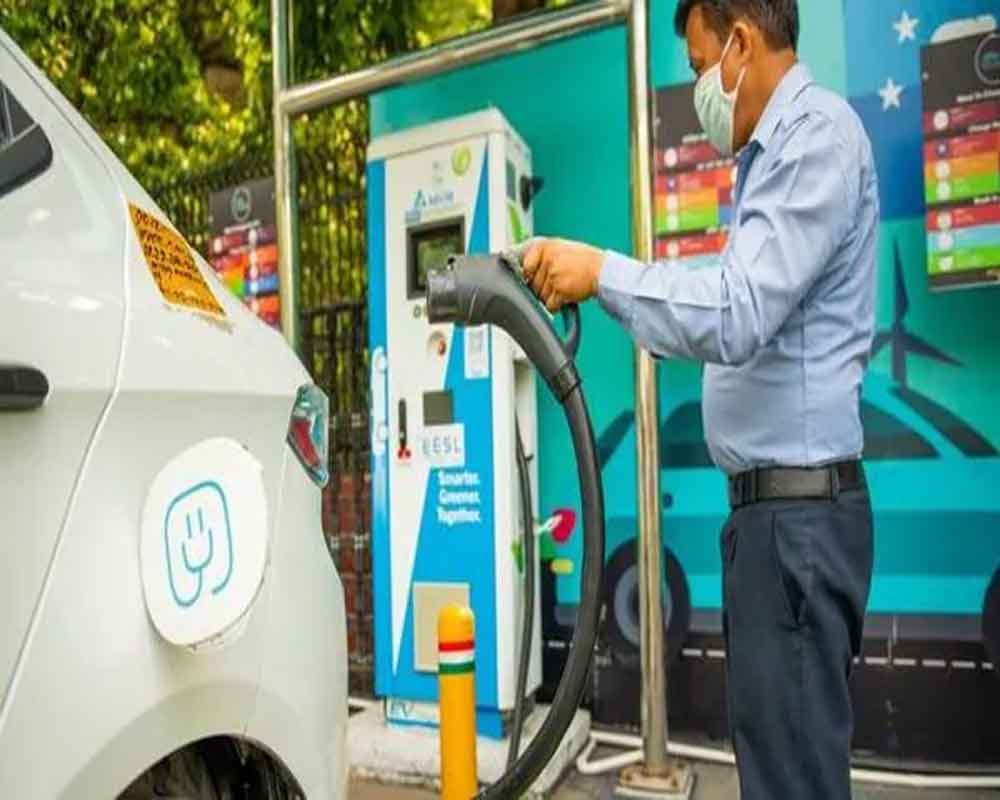 The Delhi Development Authority on Wednesday approved a proposal on the installation of electric vehicle (EV) charging facility at petrol or diesel pumps and CNG stations at a lesser licence fee to curb air pollution in the city, officials said.

The decision was taken during a meeting of the urban body chaired by Lt Governor V K Saxena, who also gave nod to several other key proposals, including relaxing norms for owing a DDA flat by members of the economically weaker section (EWS) of the society.

The LG, who is also the chairperson of DDA, tweeted about the decision taken during the meeting, which was attended by the urban body's vice-chairman and other members.

The allotment of land for religious purposes has been made "transparent", the LG tweeted, adding he has "directed the DDA to ensure the pending conversion of properties from leasehold to freehold within two months".

"To promote green fuel and fight the menace of air pollution, the authority today granted approval to set up electric vehicle (EV) charging stations on already allotted sites of DDA for petrol/diesel pump and CNG stations. It has also decided to levy a lesser licence fee for these fuel sites/stations," the DDA said in a statement.

"To facilitate applicants for DDA flats under the EWS category, the Authority has approved doing away with the requirement of having an annual individual income of less than Rs 3 lakh for applicants/allottees," the statement said.

EWS flats will now be allotted based on annual family income below Rs 10 lakh per year as certified by a competent officer or authority, it added.

For ensuring transparency and efficiency in the disposal of 'religious category' plots, the DDA has approved the "disposal of such plots from allotment to auction mode". A decision in this matter was pending since 2014, the DDA said.