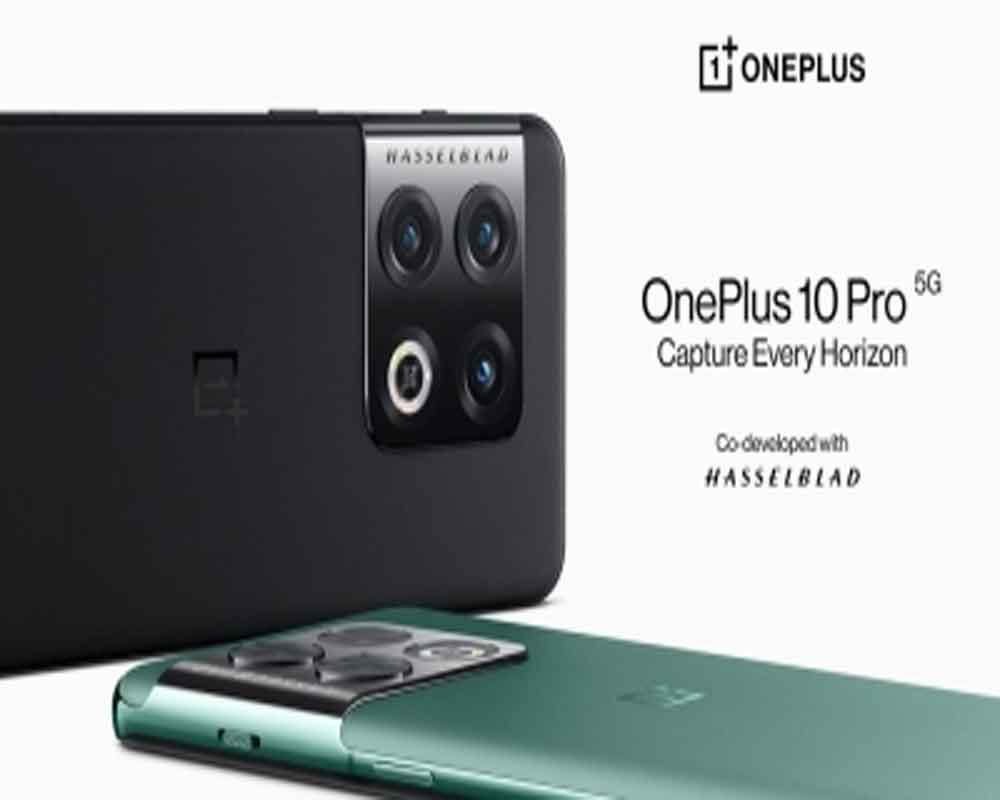 The much-anticipated OnePlus 10 Pro is confirmed to be launched on January 11 and now the smartphone maker has revealed more details about cameras of the upcoming handset.

A notable update is the addition of a shooting mode called RAW Plus which, like Apple's ProRAW format, combines the benefits of computational photography and RAW image capture, reports The Verge.

The RAW+ mode will be an upgrade over the traditional RAW mode on the OnePlus 9 and 9 Pro.

OnePlus 10 Pro would come with all-new triple rear camera array alongside the Hasselblad camera branding at the back.

The phone will be powered by a Qualcomm Snapdragon 8 Gen 1 chipset and will run on the Android 12 operating system.

Other than this, the phone was previously touted to come equipped with a 5,000mAh battery. It will be supported by a 50W wireless charging support. The device is likely to be powered by the Qualcomm Snapdragon 8 Gen 1 SoC.

A recent report said that the smartphone is expected to sport a 6.7-inch AMOLED display with a 2K resolution. The screen will be curved on either side and sport a hole-punch cutout at the top left corner.