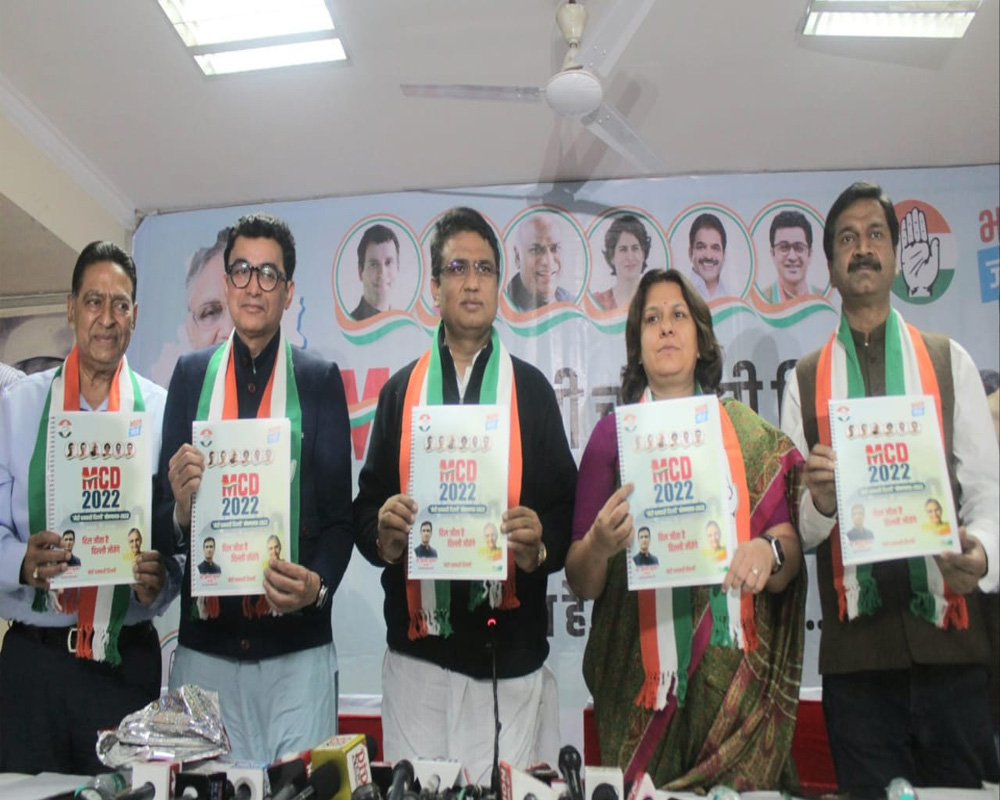 The Congress' Delhi unit on Wednesday promised RO water purifiers to the poor, day-boarding facility at MCD-run schools and waiving off previous house tax dues in its manifesto for elections to the civic body here.

Launching the manifesto, Congress leader Supriya Shrinate said the water provided by the Municipal Corporation of Delhi (MCD) had always been "unfit" for regular use and extremely contaminated to consume.

"The water provided by the MCD has never been fit for regular use, forget consuming it. It is extremely contaminated. Delhi Congress promises 'Saaf Paani Wali Dilli, Sheila Dikshit Wali Dilli'," Shrinate said.

The Congress has also promised a pollution- and garbage-free national capital. It will clear the landfill sites and provide better parking facilities for all.

Speaking on the other promises included in the manifesto, Shrinate said, "Day boarding facilities will be started in MCD-led schools. This will not only empower the poor but also end child labour."

Alleging that Delhiites were being looted in the name of house tax, Shrinate said the Congress would waive off all previous dues if voted to power.

The Congress will also halve the tax currently being levied, she added.

The Congress has also promised to clear broken sewerage lines and clogged drains to avoid stagnation of water in the city and spread of diseases such as dengue.

It has also promised to involve Residents' Welfare Associations (RWAs) in the civic body and provide employment to the youths.

The civic polls, spanning 250 wards, are due on December 4. The votes will be counted on December 7.