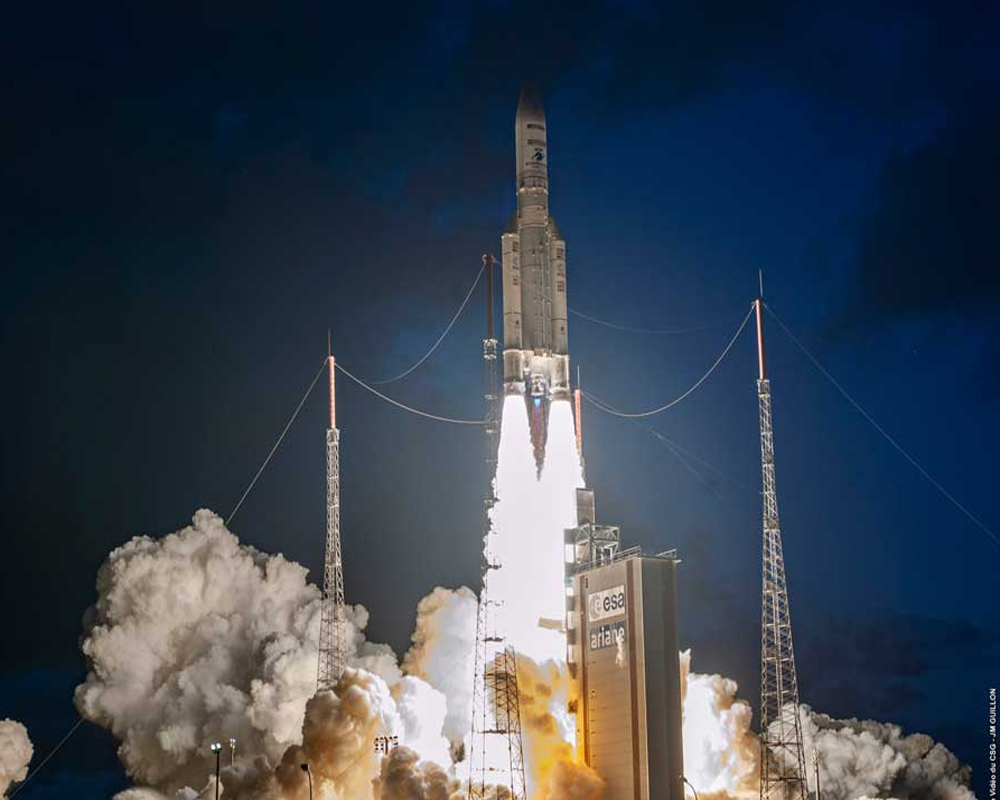 "Today's successful mission of GSAT-24 is a major step forward for NSIL in commercially meeting the DTH communication needs of the country using indigenously built satellite solutions from ISRO," said Secretary in the Department of Space and ISRO Chairman, Dr S Somanath.

As part of "space reforms" announced by the government in June 2020, NSIL, incorporated in March 2019, was mandated to undertake operational satellite missions on a "demand driven" model, wherein it has the responsibility to build, launch, own & operate satellites and provide services to its committed customer.

The entire satellite capacity on-board GSAT-24 will be leased to its committed customer Tata Play, the DTH business of Tata Group, for meeting their DTH application needs.

GSAT-24 is configured on ISRO's proven I-3k Bus with a mission life of 15 years.

"Demand-driven' mode  basically means when satellite is launched, one will know who the end customers are going to be and what's the kind of utilisation and commitment so that you have very effective utilisation of this satellite capacity once it goes into orbit," an NSIL official explained.

"Earlier, the mode was more supply driven, with capacity being leased after the launch with largely no firm commitment by customers before hand," the official noted.

"The entire mission is fully funded by NSIL -- satellite, launch, launch campaign, insurance, transportation, in-orbit maintenance and support. Once the satellite is up in orbit, this will be fully owned and operated by NSIL," NSIL Chairman and Managing Director Radhakrishnan Durairaj told PTI.

"So, we will be the satellite operator for this particular satellite," he said.

After nearly 40 minutes of flight, GSAT-24 was successfully injected into its intended Geo-Synchronous Transfer Orbit (GTO) with Perigee: 250 km and Apogee: 35825 km.

In the coming days, the orbit of GSAT-24 would be raised from GTO to Geo Stationary Orbit (GSO), through a series of orbit-raising manoeuveres using the satellite's on-board propulsion system.

With the successful launch of GSAT-24, NSIL will be owning and operating  11 communication satellites in-orbit and would meet the bulk of the communication needs of the country, NSIL said.

"GSAT-24 is the first of the many Demand Driven Missions, that NSIL would undertake in the coming years," it said.