Poor suffered due to indifference towards tech use in governance before 2014: PM Modi

Poor suffered due to indifference towards tech use in governance before 2014: PM Modi 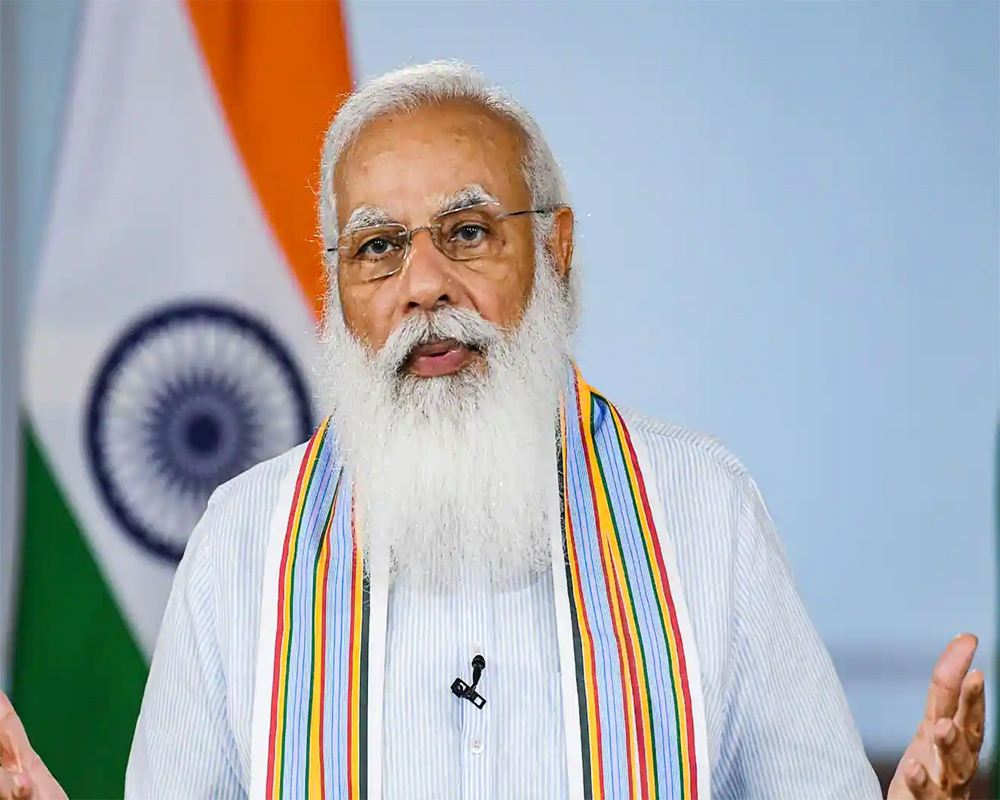 Prime Minister Narendra Modi on Friday said there was an environment of "indifference" towards the use of technology in governance before 2014 due to which the poor and the middle class suffered the most.

Addressing a gathering after inaugurating India's biggest drone festival in Delhi, he said the enthusiasm being seen in India about drone technology is amazing and indicates possibilities of an emerging sector of employment generation.

He said eight years ago "we started implementing new mantras of good governance". "Walking on the path of minimum government and maximum governance, priority was given to ease of living and ease of doing business," Modi said.

During the earlier governments, technology was considered a part of the problem and efforts were made to label it "anti-poor", the prime minister said.

"Due to this, there was an environment of indifference towards the use of technology in governance before 2014. The poor, the deprived, the middle class suffered the most," he said.

PM Swamitva Yojana is an example of how drone technology is becoming the basis of a big revolution, he said, adding under it, for the first time every property in villages is being digitally mapped and digital property cards are being given to the people.

Modi also said the use of drones will rise in sectors such as agriculture, sports, defence and disaster management.

Addressing the event, Scindia said nothing is greater than the idea whose time has come and drone is one such idea.

India used to be a follower in the technology sector but now it has become a leader, Scindia said, adding technology will become successful only when it comes to the benefit of the less privileged and the poor.