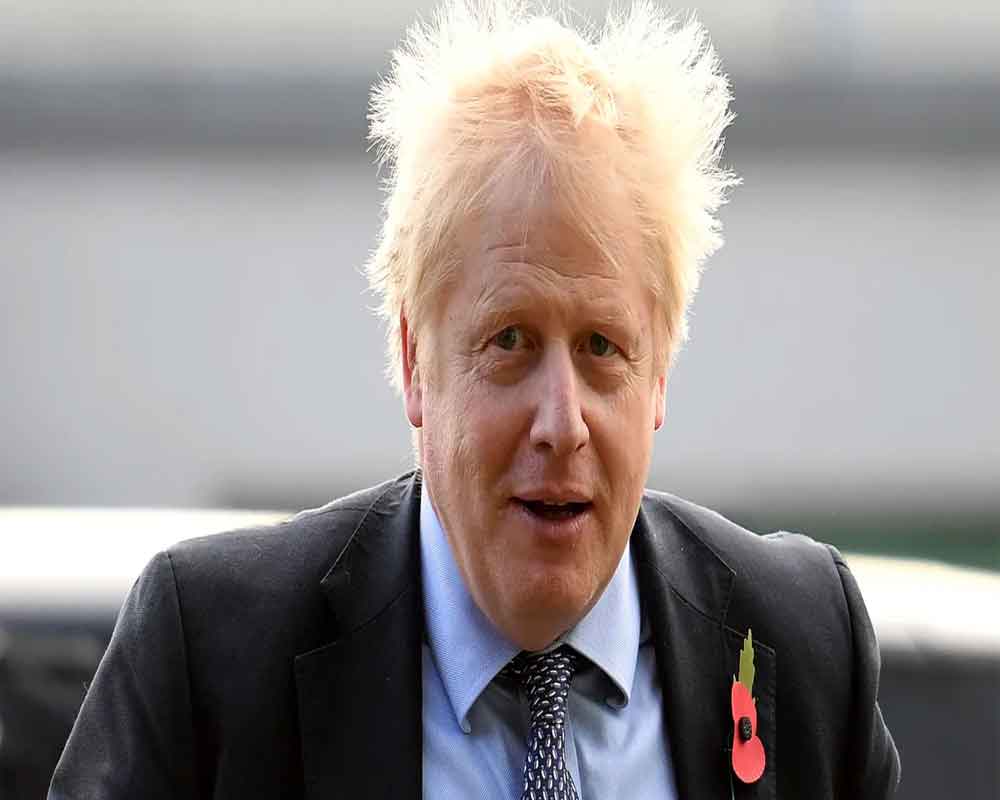 British Prime Minister Boris Johnson on Wednesday issued another apology over partygate after a damning inquiry report into breaches of coronavirus lockdown rules at Downing Street concluded "leadership failures" were behind a culture of rule-breaking within UK government offices, triggering renewed Opposition calls for his resignation.

Making a statement in the House of Commons soon after top civil servant Sue Gray's findings were published, Johnson said he took “full responsibility” for everything that happened and said all the senior management has changed within Downing Street since the time of those rule-breaking parties in 2020-2021. Amid jeers and shouts from the Opposition benches, the prime minister insisted his statement is aimed at setting out the context, not to mitigate or excuse what happened.

“I am humbled and I have learned a lesson...I also want to say above all that I take full responsibility for everything that took place on my watch," said Johnson.

"Whatever the failing of No. 10 [Downing Street] and the Cabinet Office throughout this difficult period and my own, I continue to believe the civil servants and advisers... Are good, hard working people motivated... To do the very best for our country," he said.

He went on to explain how he thought it was "appropriate" to thank staff who were leaving for the work they had done, with reference to a particular farewell drinks party that was found to have been in breach of COVID rules.

He admitted to "briefly attending the gatherings" to praise the staff as a key part of "leadership" and to keep the morale high during a tough time. That such gatherings carried on afterwards and that security and cleaning staff faced the brunt of some misbehaviour was something that "shocked" and "appalled" him.

"I had no knowledge of those subsequent proceedings as I simply wasn't there," he said.

With reference to what he told the Commons previously about parties at his No. 10 Downing Street office-residence, Johnson reiterated that he believed it to be the truth at the time.

"I am happy to set on the record now that when I said I came to this House in all sincerity that the rules and guidance had been followed at all times, it was what I believed to be true. So, I would like to correct the record to take this opportunity, not in any sense to absolve myself of any responsibility that I take and have always taken, but simply to explain why I spoke as I did in this House," he said.

The Opposition renewed its call for Johnson to resign, with Labour Leader Keir Starmer saying Gray's report has made it impossible for the government to defend the prime minister's words to this House.

"This is about trust," said Starmer, pointing out that government officials were hiding bottles of booze after a press conference where Johnson told the British public that "normal life is a long way off".

"This wasn't the case in No. 10," he said, as he derided the Conservative Party for setting the bar for the conduct of its leader “lower than a snake's belly".

Gray's damning report declared that while there is no excuse for some of the behaviour she has set out, it is important to acknowledge that those in the most “junior positions attended gatherings at which their seniors were present, or indeed organised". Her report included pictures of some of the events detailed featuring Johnson as it sums up findings on 16 events in 2020 and 2021.

She notes: “The events that I investigated were attended by leaders in government. Many of these events should not have been allowed to happen. It is also the case that some of the more junior civil servants believed that their involvement in some of these events was permitted given the attendance of senior leaders.

“The senior leadership at the centre, both political and official, must bear responsibility for this culture.”

Gray's interim report, critical of leadership failures, had triggered a police investigation under Scotland Yard's Operation Hillman which concluded last week with 83 individuals being issued with a total of 126 fines for breach of coronavirus lockdown rules within UK government quarters, including one each for Johnson, wife Carrie and UK Chancellor Rishi Sunak.