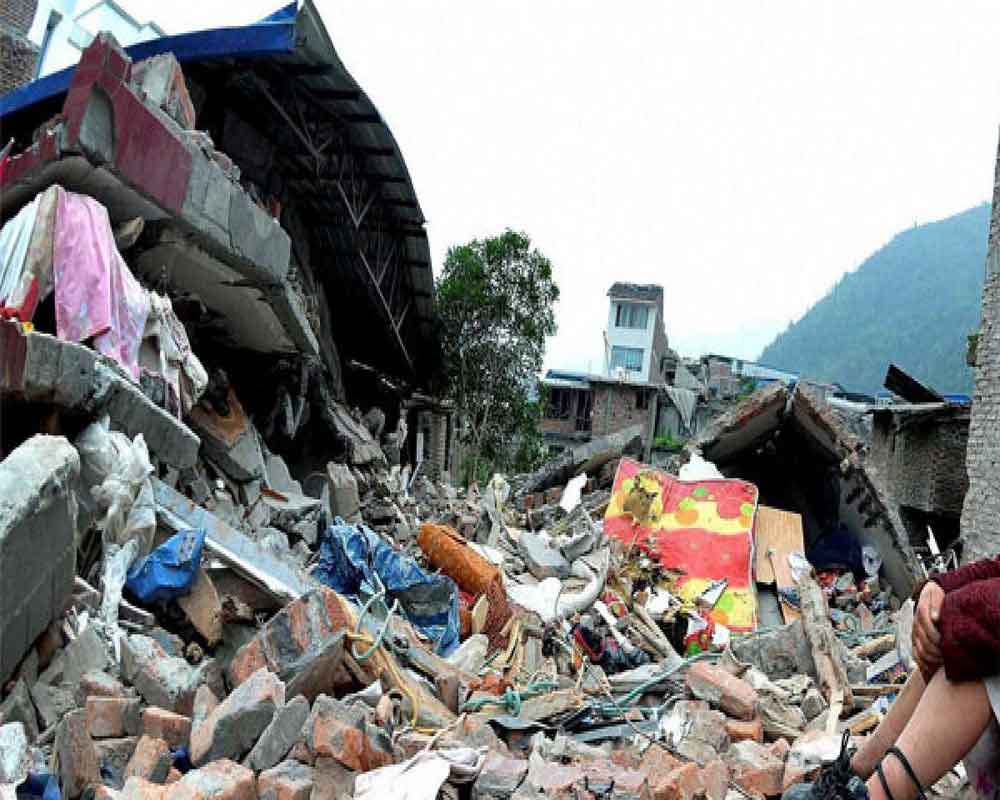 Three people were severely injured and several houses were damaged when a 6.1-magnitude earthquake rattled the southwestern Chinese province of Sichuan on Wednesday.

The earthquake struck Lushan county of Ya'an City at 5:00 pm local time. The epicentre, with a depth of 17 km, was monitored at 30.37 degrees north latitude and 102.94 degrees east longitude, the China Earthquake Networks Centre (CENC) said.

The quake was followed by strong aftershocks.

Three minutes after the quake, Baoxing County was struck by an aftershock of 4.5 magnitude.

Strong tremors were also felt as far as Sichuan's capital city of Chengdu and Chongqing Municipality, the state-run CGTN reported.

Provincial firefighters of over 1,400 people have been mobilised to the sites. Meanwhile, rescue teams of adjacent Guizhou, Yunnan provinces and Chongqing municipality are prepared as reinforcements.

The Sichuan fire department said some houses in Lushan County were partially damaged and it's continuing communicating with relevant counties and towns that have been affected.

China's ministry of emergency management has also sent a team of experts to Lushan for rescue and relief operations.

Due to the two quakes, China's railway authority has urgently halted relevant sections of train lines.

Sichuan province suffered China's deadliest 7.9 magnitude earthquake in 2008 in which 90,000 people were killed.