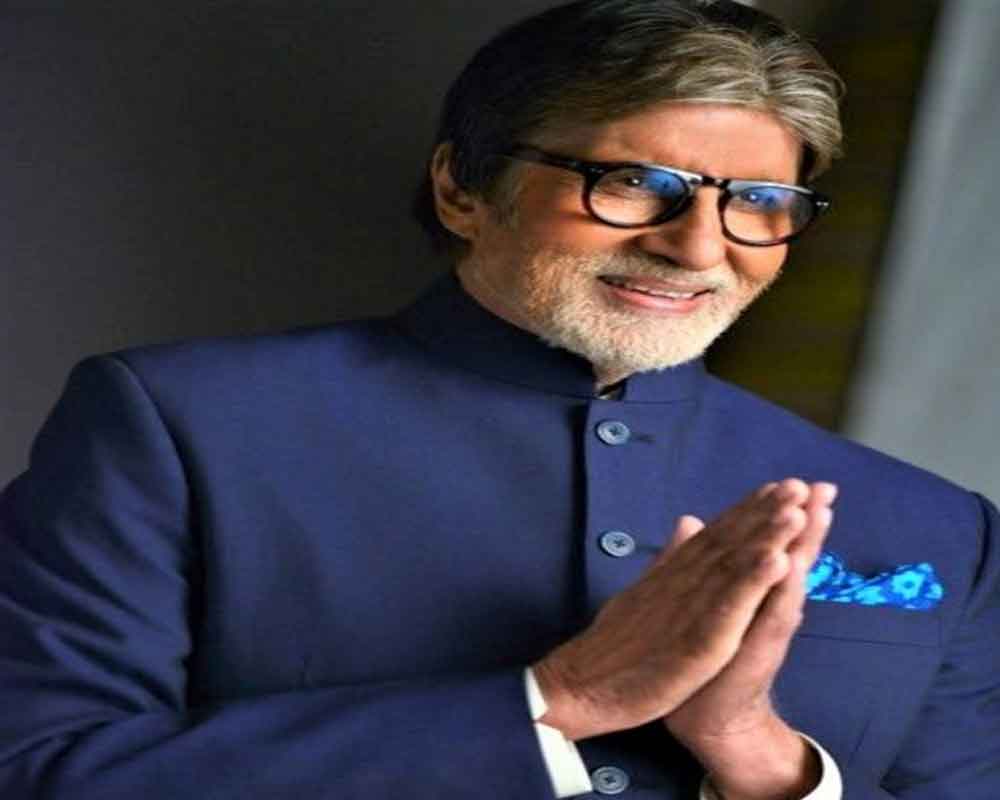 Amitabh Bachchan has been requested to lend his voice to narrate a film on the history of Shri Ram Janmabhoomi, the Shri Ram Temple Construction Committee said in a statement on Friday.

A committee comprising Prasoon Joshi- writer and chairman of the Film Censor Board, Dr Chandraprakash Dwivedi- film director, Yatindra Mishra- famous writer, and Sachidanand Joshi, Secretary of the Indira Gandhi National Center for the Arts has been formed to oversee the film production, according to a statement

The statement, issued by Nripendra Misra, Chairman of Shri Ram Temple Construction Committee, said actor Amitabh Bachchan has been requested to lend his voice for narration of the film.

According to the statement, around 100 iconographic panels based on episodes from Shri Balmiki Ramayana will be installed in the lower plinth of the Ram temple, under construction in Ayodhya.

The panels will be drawn in pencil before they are modelled in clay.

The superstructure of the temple is being constructed with carved red sandstone sourced from Bansi Paharpur in Bharatpur district of Rajasthan.

Approximately 4.75 lakh ft Bansi Paharpur Stone will be used in the temple construction. Till date, approximately 50 per cent of the stone has been carved and is available for erection, the statement said.

The construction of columns in white marble, sourced from Makrana in Rajasthan, for the ‘Garbhagriha' of the temple is going as per schedule. So far, 20 per cent of the ground floor has been completed.

The work on the retaining wall and foundation of ‘parkota,' which too will be built with red sandstone, is in progress, the statement said.

"The flooring of the parkota will be of marble. In the parkota, temples of Lord Shiva, Annapurna Mata, Bhagwati Mata, Lord Ganesha, Lord Hanuman and Lord Surya will be constructed,” the statement said.

For the convenience of the devotees visiting the grand temple, a facilitation centre with pilgrim-centric facilities has been planned, the work on which is slated to be completed by December 2023, read the statement.

The work on Kuber Tila including renovation of an ancient Shiva Temple has begun.

According to the statement, the devotees will be given access to a diversion to climb on the top of Kuber Tila and have the “darshan” of Lord Shiva.

The complex is being developed with a goal to produce zero discharge, which will be achieved with the construction of two sewage treatment plants.

The treated water will be used for flushing and irrigation purposes which will minimise the burden on the municipal corporation, the statement said. All power installation and security gadgets have been approved for the complex, it added.