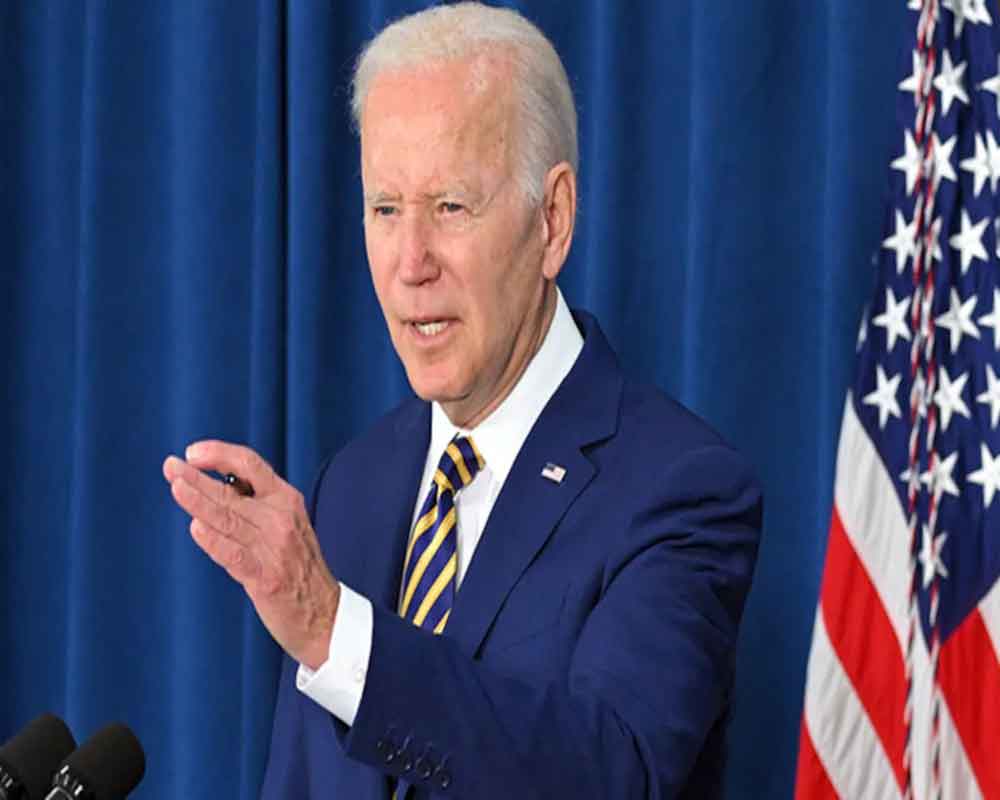 US President Joe Biden on Thursday said the Supreme Court's decision ending a constitutional right to abortion is “destabilising” and that he supports changing Senate rules to codify nationwide abortion protections.

He maintained the ruling does not affect US standing on the world stage as he took credit for modernising the transatlantic alliance to adapt to new threats from Russia and China.

Biden was speaking to reporters at the conclusion of a five-day foreign trip to huddle with NATO allies in Madrid and the leaders of the Group of Seven advanced democratic economies in the Bavarian Alps, which came as the nation was still grappling with the fallout from Friday's Supreme Court decision.

“America is better positioned to lead the world than we ever have been,” Biden said. “But one thing that has been destabilising is the outrageous behaviour of the Supreme Court of the US in overruling not only Roe v. Wade, but essentially challenging the right to privacy.”

He added: “I could understand why the American people are frustrated because of what the Supreme Court did."

Biden said he would support changing the Senate filibuster rules, which require 60 votes to pass most legislation, to allow bringing a bill extending nationwide abortion protections to pass by simple majority, but he said it would likely require voters to send additional Democratic Senators to Washington to get done.

The three-day NATO summit included the Biden administration announcing plans to permanently bolster the US military presence in Europe, an agreement between Turkey, Finland and Sweden to pave the way for the accession of Nordic nations into NATO, and the alliance updating its strategic concept reflect that China's “coercive policies” are a challenge the Western bloc's interests.

“I think we can all agree that this has been a historic NATO Summit,” Biden said.

He noted the last time NATO updated what is essentially its mission statement was 12 years ago, when Russia was characterised as a partner, and the document didn't even mention China. The new document hammered out at the summit changes that.

“The world has changed, changed a great deal since then,” Biden said. “This summit was about strengthening our alliances, meeting the challenges of our world as it is a day, and the threats we're going to face in the future,” Biden said.

Biden also highlighted announcements at the G-7 meeting, including more economic and military assistance to Ukraine as it aims to beat back Russia's four-month invasion, and announcements on tougher sanctions meant to punish Moscow.