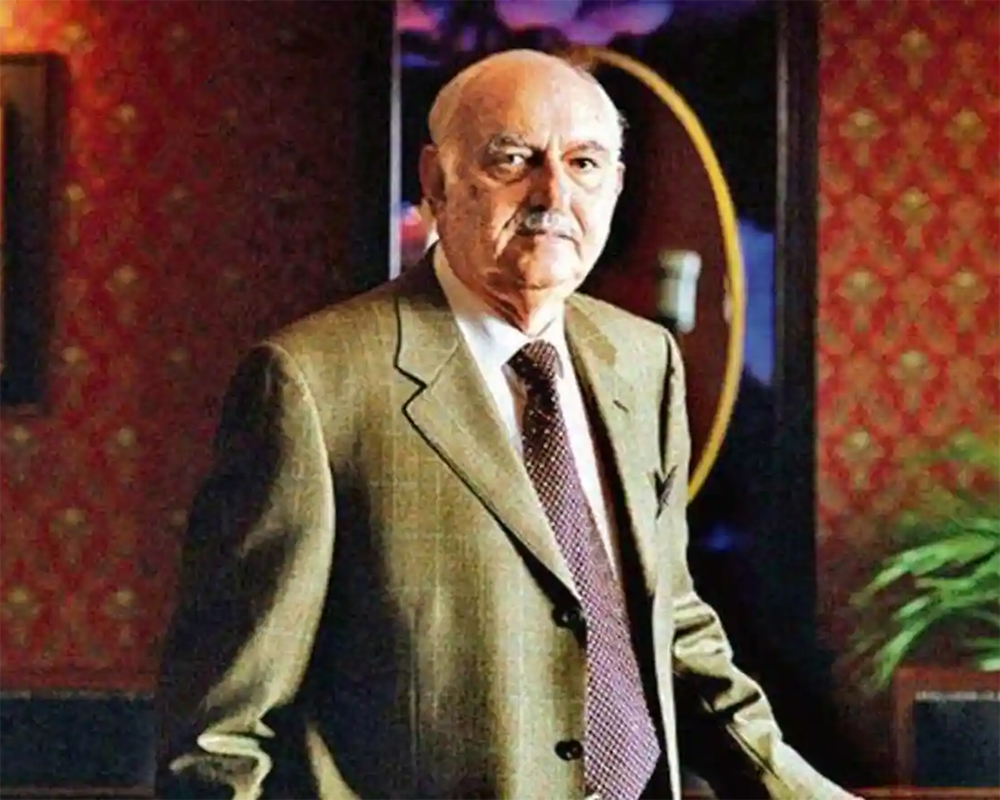 He was 93 and is survived by his sons Shapoorji and Cyrus P. Mistry -- latter who was in the limelight for the huge corporate tussle with the Tata Group a few years ago, and two daughters, Laila and Aloo -- the latter wedded to Noel Tata, half-brother of Ratan Tata.

Prime Minister Narendra Modi condoling the death of Mistry tweeted: "Saddened by the passing away of Shri Pallonji Mistry. He made monumental contributions to the world of commerce and industry. My condolences to his family, friends and countless well-wishers. May his soul rest in peace."

"Pallonji Mistry, the end of an era. One of life's greatest joys was to have witnessed his genius, his gentleness at work. My condolences to the family and his loved ones," Union Minister for Women and Child Development Smriti Z Irani tweeted.

Born on June 1, 1929 in a Parsi family from Gujarat, Pallonji Mistry had his schooling in Mumbai and went to London for his higher studies and joined the family business later.

His father Shapoorji had bought shares in Tata Sons in 1930 and the stakes now are about 18 per cent.

It was in 2003, Pallonji Mistry surrendered his Indian citizenship and became an Irish citizen. He was married to an Ireland born national Patsy Perin Dubash.

The Sharpoorji Pallonji Group started in 1865 with a noteable construction history dating back to 1887 - Littlewood Pallonji & Co. was one of the companies that helped to build a large Malabar Hill reservoir - is now a global diversified conglomerate with 18 major companies operating in six business segments - Engineering & Construction, Infrastructure, Real Estate, Water, Energy and Financial Services.

With a workforce of over 50,000 in over 50 countries, the group has developed several mega and iconic structures like RBI headquarters, SBI, HSBC, Grindlay Bank, Hongkong & Shanghai Bank and others in south Mumbai, besides other major infrastructure projects.

The Group had also produced the iconic Hindi film, K. Asif's 'Mughal-E-Azam' (1960), then the most expensive one and till date it reigns among the top popular movies of Bollywood.