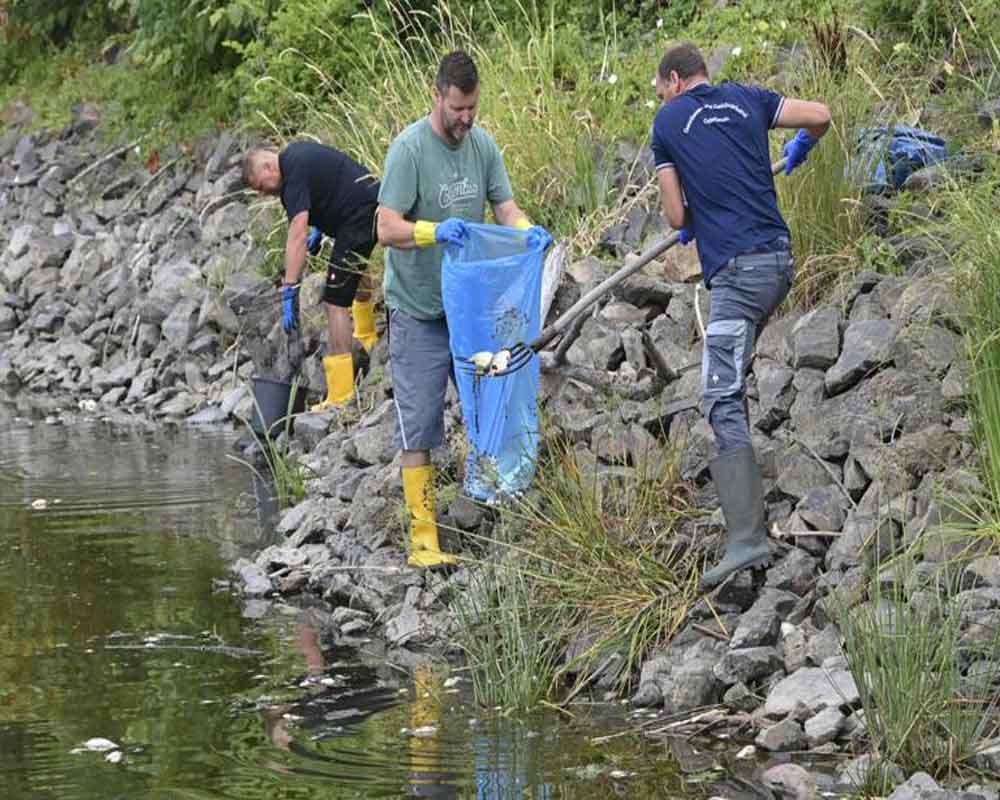 German officials expressed mounting anger on Monday at the slow flow of information from Poland about a polluted border river as experts raced to discover what killed tens of thousands of fish.

German Environment Minister Steffi Lemke demanded a transparent and full investigation into the cause for the massive fish die-off in the Oder River after having met her Polish counterpart in Szczecin on Sunday evening.

“There would be a massive loss of confidence, especially among the Polish population, but probably also among us, if this (investigation) did not succeed,” Lemke said on ARD television on Monday.

Lemke also announced that the two countries have created a task force with experts to exchange information and updates on the investigation into the ecological disaster.

The state governor of Brandenburg, which borders Poland along the Oder River, criticised Polish authorities for their lack of information on the fish die-off.

The information about the environmental disaster had come only “in dribs and drabs” or “not at all”, Dietmar Woidke said adding that “this must be dealt with urgently in the coming months”, German news agency dpa reported.

The Oder runs from Czechia to the border between Poland and Germany before flowing into the Baltic Sea.

Ten tons of dead fish were removed from it last week and people have been asked not to swim or even touch the water of the river.

The German environment ministry said they were expecting results on possible toxins in the river's water later this week.

Brandenburg state Environment Minister Axel Vogel said that “it may take several more days until we have checked through all the substances that we consider possible”.

There is probably more than one cause for the fish die-off, Vogel said adding adding that the current drought and low water levels are almost certainly also to blame. The entire ecosystem of the Oder River has been damaged, he said.

“That's why we don't think we have a disaster that can be solved within half a year by repopulating with fish," Vogel said.