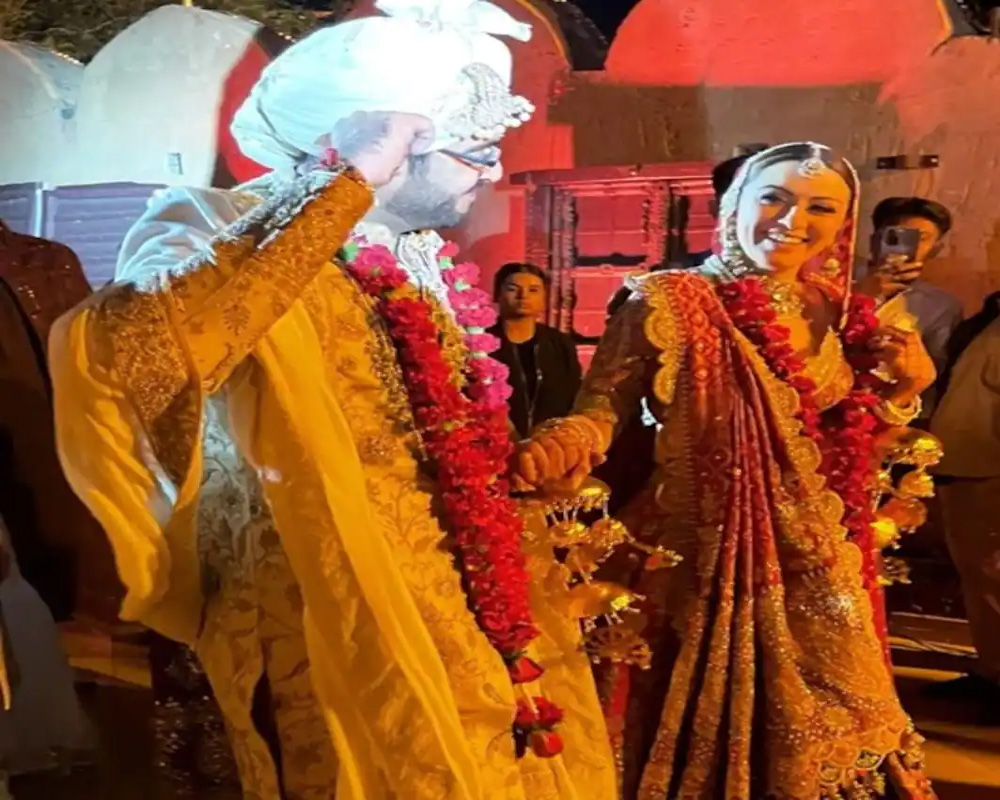 Their wedding pictures went viral on social media in which Hansika can be seen wearing a red bridal lehenga and Sohael looks dashing in his ivory-hued sherwani. From her entry to the wedding venue to the 'varmala' ceremony, the couple can be seen enjoying every moment.

The couple can be seen holding each other's hands after the wedding ceremony. The amazing fireworks and grand decorations amped up the glamour quotient of the entire occasion.

Earlier, the couple was seen changing their attire for the day party and haldi ceremony. They stunned everyone with their all-white outfits for the pre-wedding ceremony. Hansika opted for a glittery white gown and Sohael stood out in a white tuxedo. For the haldi ceremony, they chose white floral outfits.

Before heading to Jaipur for the wedding, Hansika had her share of fun with friends during her bachelorette party in Greece. She danced her heart out with her girl gang.

For the uninitiated, Hansika launched her career as a child actor in Hindi films and went on to do Telugu movies, including 'Desamuduru', 'Kantri' and 'Maska'. She has appeared in Tamil films such as 'Mappillai' and 'Engeyum Kadhal'. She will be next seen in 'Partner', '105 Minutes', 'My Name Is Shruthi' and 'Rowdy Baby'.