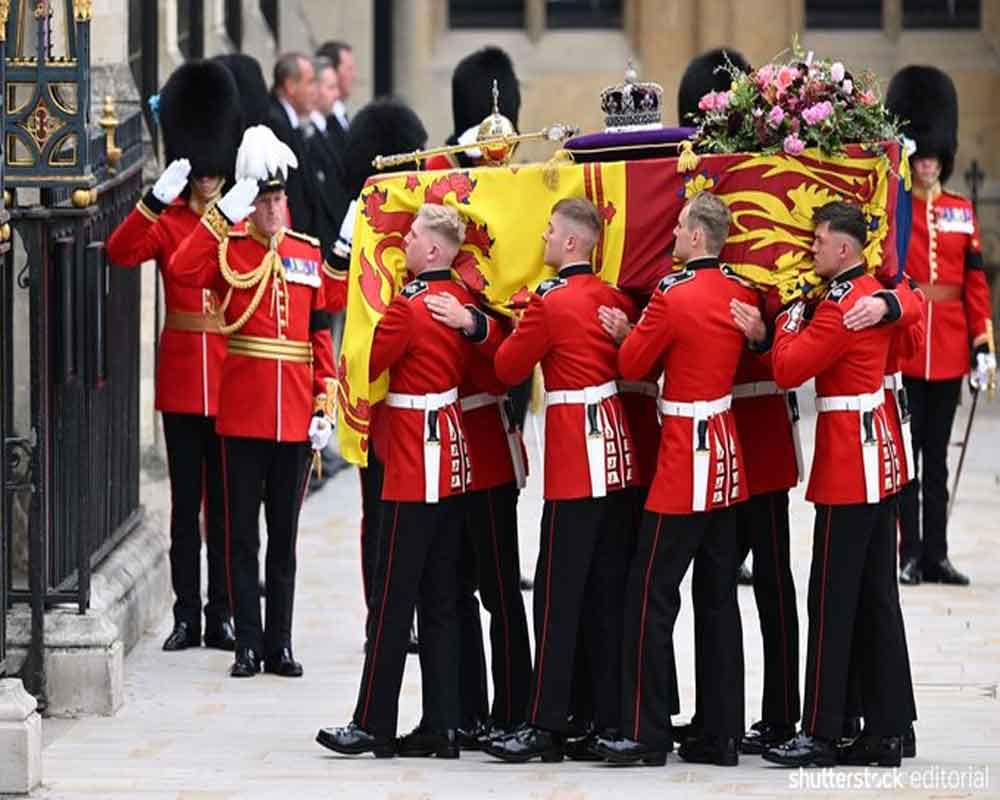 The coffin of Queen Elizabeth II has competed a procession at walking pace through central London and is bound in a hearse for her final resting place at Windsor Castle.

After being pulled more than a mile (1.6 kilometers) from Westminster Abbey on a gun carriage by 142 Royal Navy sailors, the coffin was transferred to a hearse at Wellington Arch, near Buckingham Palace.

Dozens of Buckingham Place staff stood in a neat line in the palace courtyard, and many bowed or curtseyed as the procession passed by.

The monarch's coffin will go by car the 20 miles (32 kilometers) to Windsor Castle, where she will be interred later Monday alongside her husband Prince Philip, who died last year.

Dense crowds packed the route through the heart of ceremonial London – and thousands more people are lining the more workaday suburban roads the hearse will take on its journey to Windsor.