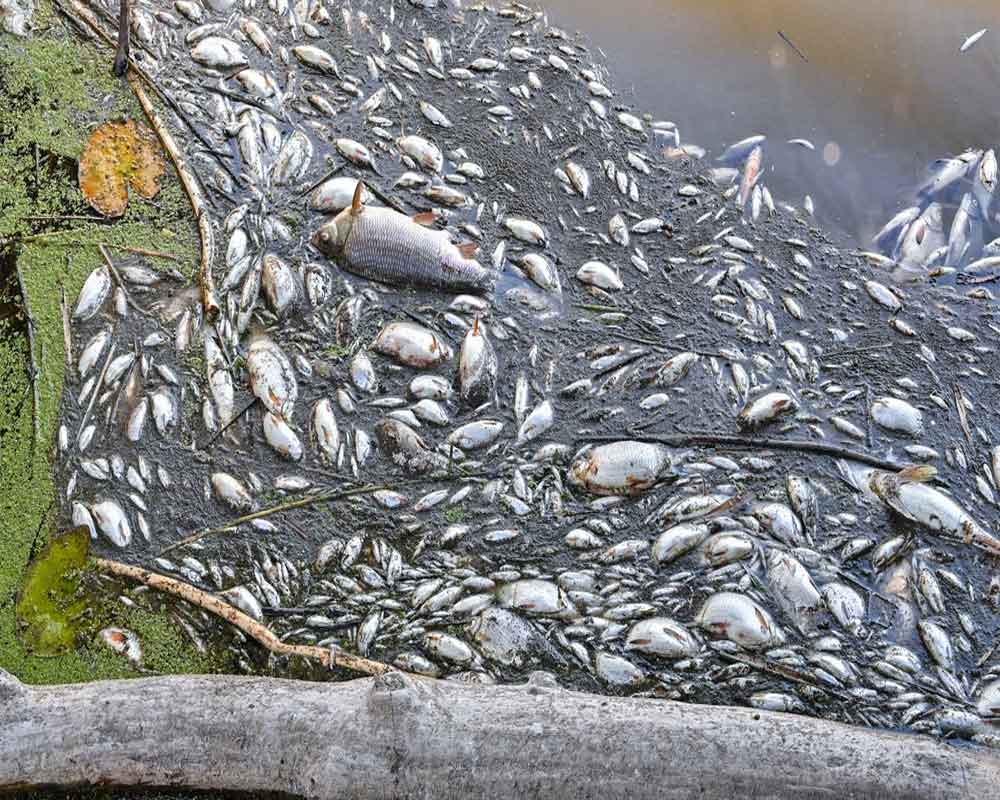 Laboratory tests following a mass dying off of fish detected high levels of salinity but no mercury in waters of Central Europe's Oder River, Poland's environment minister said on Saturday.

Anna Moskwa, the minister of climate and environment, said analyses of river samples taken in both Poland and Germany revealed the elevated salt levels.

Comprehensive toxicology studies are still underway in Poland, she said.

Writing on Twitter, Moskwa said test results transmitted from Germany had so far not shown a high presence of mercury.

The Oder River runs from the Czech Republic, also known as Czechia, and along the border between Poland and Germany before flowing into the Baltic Sea.

Some German media had reported that the river could be poisoned with mercury.

Polish Prime Minister Mateusz Morawiecki said on Friday that “huge amounts of chemical waste” were probably dumped intentionally into his country's second-longest river, causing environmental damage so severe it would take years for the waterway to recover.

On Saturday, Morawiecki vowed to do everything possible to limit the environmental devastation.

Poland's interior minister said a reward of 1 million zlotys (USD 200,000) would be paid to anyone who helps track down those responsible for polluting the river.

Authorities in the northeastern German state of Mecklenburg-Western Pomerania warned people not to fish or use water from the Szczecin lagoon as the river's contaminated water was expected to reach the estuary area on Saturday evening.

“The extent of the fish die-off is shocking. This is a blow to the Oder as a waterway of great ecological value, from which it will presumably not recover for a long time,” Alex Vogel, the environment minister for Germany's Brandenburg state, along which the river runs.

The head of Polish waters, Poland's national water management authority, said on Thursday that 10 tons of dead fish had been removed from the river.

Hundreds of volunteers were working to help collect dead fish along the German side.

German laboratories said they detected “atypical” levels of “salts” that could be linked to the die-offs but wouldn't explain them on their own.

Morawiecki acknowledged that some public officials were “sluggish” in reacting after huge numbers of dead fish were first seen floating and washing ashore.

Two Polish officials were dismissed for what Morawiecki described as tardiness in their response.

“If I come to the conclusion that there was a serious breach of duties, further consequences will be drawn,” the prime minister said.

“For me, however, the most important thing is to deal with this ecological disaster as soon as possible, because nature is our common heritage. It is a national good," Morawiecki said.

His comments were echoed by Schwedt Mayor Annekathrin Hoppe, whose German town is located next to Lower Oder Valley National Park.

She called the contamination of the river “an environmental catastrophe of unprecedented scale” for the region.