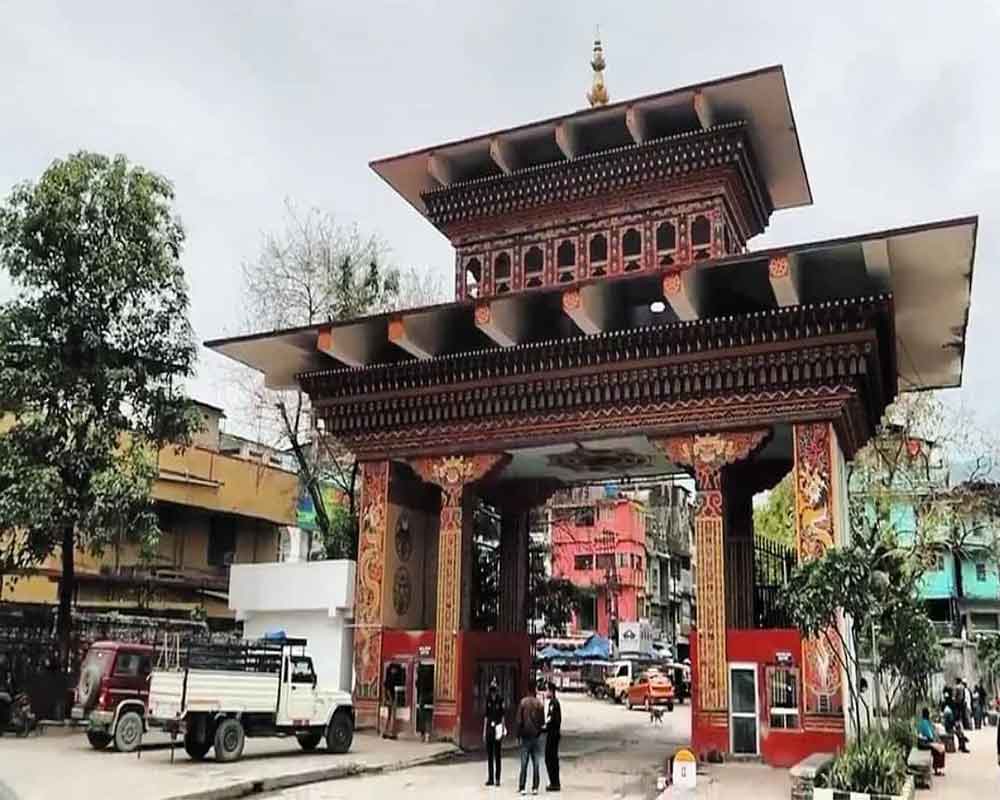 India-Bhutan border gates in Assam have been reopened for tourists after a hiatus of two-and-a-half years, an official said on Saturday.

The gates, which were closed since the outbreak of COVID-19, have been reopened on Friday with some new rules, including a sustainable development fee, he said.

Bhutan's Consul General at Guwahati Jigme Thinley Namgyal declared the reopening of international border gates at Samdrup-Jongkhar in Tamulpur district, Dadgiri and Gelephu in Chirang, Namlang and Panbang in Baksa and Samrang in Udalguri district.

Members of the Indo-Bhutan friendship Association were present at the occasion.

The gates will remain open from 9 am to 5 pm.

Several visitors and businessmen gathered at the gates during the reopening celebrations, and people from both the countries exchanged greetings.

The Bhutan government had earlier announced reopening of its borders for trade, commerce and official transit from September 23, provided that the COVID-19 situation does not change for the worse, he said.

A sustainable development fee (SDF) will be charged to improve services and infrastructure development for the tourism sector, besides environmental conservation.

If tourists stay in Bhutan, the fee for Indian travellers will be Rs 1,200 per day, while it has been fixed at USD 200 for those coming from other countries, the official said.

Visitors from India have to produce voter ID card, passport or any other identity proof at the immigration check posts, while children have to produce birth certificates.

Eco-tourism, bird watching, and other tour packages have been planned by the Bhutan government for tourists, the official said.

Rules and standard operating procedures (SOP) have been chalked out to facilitate seamless movement and to give a pleasant experience to travellers to the Himalayan country.

Bhutan Prime Minister Dr Lotay Tshering had unveiled the new 'Brand Bhutan' at Thimphu on Thursday to encourage Bhutanese to be responsible for protection of heritage.