India contributes USD 800,000 towards efforts to continue to expand use of Hindi at UN

India contributes USD 800,000 towards efforts to continue to expand use of Hindi at UN 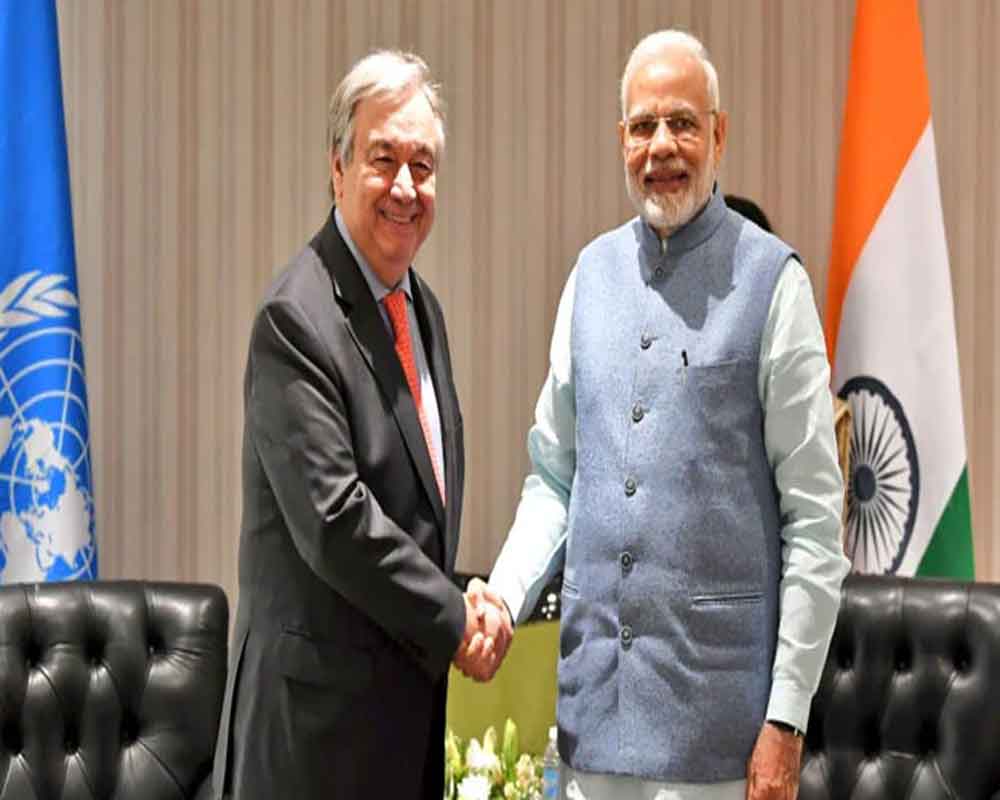 India has contributed USD 800,000 towards efforts to continue to expand the use of Hindi in the United Nations.

The Indian mission said that the Government of India has been making continuous efforts to expand the use of Hindi in the United Nations. As part of these efforts, ‘Hindi @ UN' project, in collaboration with the UN Department of Public Information, was launched in 2018 with an objective to enhance the public outreach of the United Nations in Hindi language, and to spread greater awareness about global issues among millions of Hindi-speaking people around the world.

India has been partnering with the UN Department of Global Communications (DGC) since 2018 by providing an extra-budgetary contribution to mainstream and consolidate news and multimedia content of DGC in Hindi language, the mission said in a statement.

A UN News-Hindi audio bulletin (UN Radio) is released every week. Its weblink is available at the UN Hindi News website.

To continue with this initiative, the cheque of USD 800,000 was handed over for the Hindi@UN project.