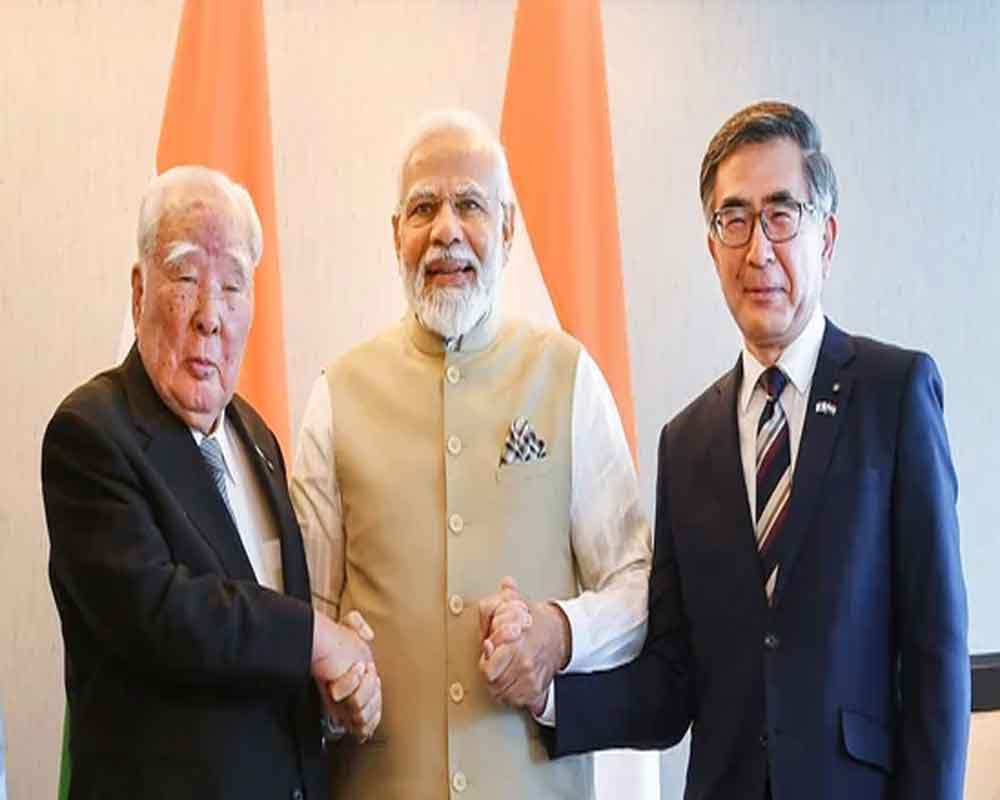 Addressing the Indian community here on the first day of his two-day visit to Tokyo, Modi also said that India's relationship with Japan is of spirituality, of cooperation and of belonging.

"India and Japan are natural partners. Japan has played an important role in India's development journey,” said Modi, who is visiting Tokyo at the invitation of his Japanese counterpart Fumio Kishida.

"Today's world needs to follow the path shown by Lord Buddha. This is the way to save humanity from the challenges facing the world today, be it violence, anarchy, terrorism and climate change," Modi said.

Noting that India has always found a solution no matter how big the problem is, Modi said that during coronavirus pandemic, there was an atmosphere of uncertainty, but even in that situation, India supplied 'Made in India' vaccines to crores of its citizens and also sent it to more than 100 countries.

"Whenever I visit Japan, I witness your affection. Many of you have settled in Japan for years and assimilated the Japanese culture. Still, the dedication toward Indian culture and language is ever-growing," Modi told the Indian diaspora amid chats of slogans 'Bharat Mata Ki Jai'.

Prime Minister Modi is in Japan on a two-day visit to attend a summit of the Quad leaders at the invitation of his Japanese counterpart Fumio Kishida. He will also hold separate bilateral meetings with the Quad leaders on the sidelines of the summit.

Besides Modi, the Quad summit in Tokyo on May 24 will be attended by US President Joe Biden, Japanese Prime Minister Kishida and Australian prime minister-elect Anthony Albanese.